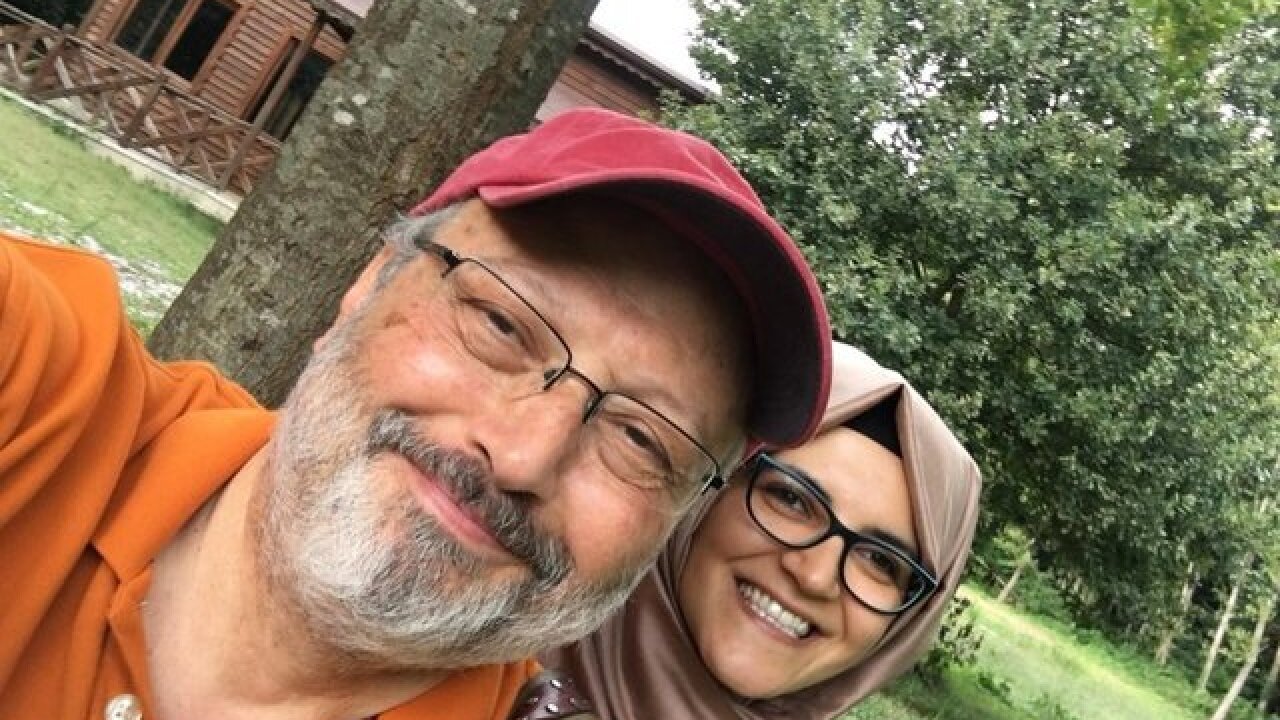 The Washington Post has published what the newspaper describes as the "last piece" written by missing Saudi journalist Jamal Khashoggi, who was  allegedly killed and dismembered in his country's consulate in Istanbul earlier this month .

In a note at the top of the column,  published late Wednesday , Post Global Opinions editor Karen Attiah wrote that she "held off publishing it because we hoped Jamal would come back to us."

"Now I have to accept: That is not going to happen," she said. "This is the last piece of his I will edit for The Post. This column perfectly captures his commitment and passion for freedom in the Arab world. A freedom he apparently gave his life for."

In the piece, Khashoggi bemoaned the lack of free expression in the Arab world, leaving the majority of its population "unable to adequately address, much less publicly discuss, matters that affect the region and their day-to-day lives."

He contrasted the current situation with the sentiment felt by many during the Arab Spring, when they hoped to be "emancipated from the hegemony of their governments and the consistent interventions and censorship of information," only to have those expectations dashed as revolutions -- both peaceful and violent -- failed or were crushed by outside intervention.

One of the biggest players in pushing back against the tide or Arab populist revolt was the Saudi regime itself, which  sent tanks into Bahrain , embraced  tottering dictators , and stamped down on any signs of dissent at home.

Some observers had seen in Saudi Crown Prince Mohammed bin Salman (known as MBS) an alternative avenue to reform in the kingdom. New York Times writer Tom Friedman, who this week was  forced to defend  his previous cheerleading of MBS,  wrote in November last year  that the kingdom was "going through its own Arab Spring, Saudi style."

Khashoggi, who was  allegedly killed by members of the crown prince's inner circle , had a more measured view of his country's de facto ruler. In a  column  from September last year -- one of several that allegedly angered Riyadh and made it impossible for Khashoggi to return to Saudi Arabia -- he wrote that MBS had "promised an embrace of social and economic reform," but instead pursued a crackdown on dissent.

"He spoke of making our country more open and tolerant and promised that he would address the things that hold back our progress, such as the ban on women driving," Khashoggi said. "But all I see now is the recent  wave of arrests ."

In that column, he also criticized the tightening space for free speech in the kingdom, and recounted how he was fired from a newspaper and forced off Twitter for being too critical of government policies.

According to  CNN National Security Analyst Peter Bergen, MBS has moved Saudi from a consensus based absolute monarchy -- where criticism was limited but not unheard of -- "toward a totalitarian dictatorship in which all aspects of society are controlled by him and all forms of dissent are stifled."

This was a topic Khashoggi had written about as well. As a member of the Saudi elite and former adviser to the royal family who was still influential inside the Kingdom, Khashoggi was becoming more and more of a rarity under MBS, and his criticisms may have stung more than those of a regular, unconnected dissident, and sparked a more extreme reaction.

In his final column for the Post, he warned that the "Arab world is facing its own version of an Iron Curtain, imposed not by external actors but through domestic forces vying for power."

Khashoggi's answer to the paucity of adversarial media in Arab countries is to fund and promote a transnational media organization.

"We suffer from poverty, mismanagement and poor education," Khashoggi said. "Through the creation of an independent international forum, isolated from the influence of nationalist governments spreading hate through propaganda, ordinary people in the Arab world would be able to address the structural problems their societies face."