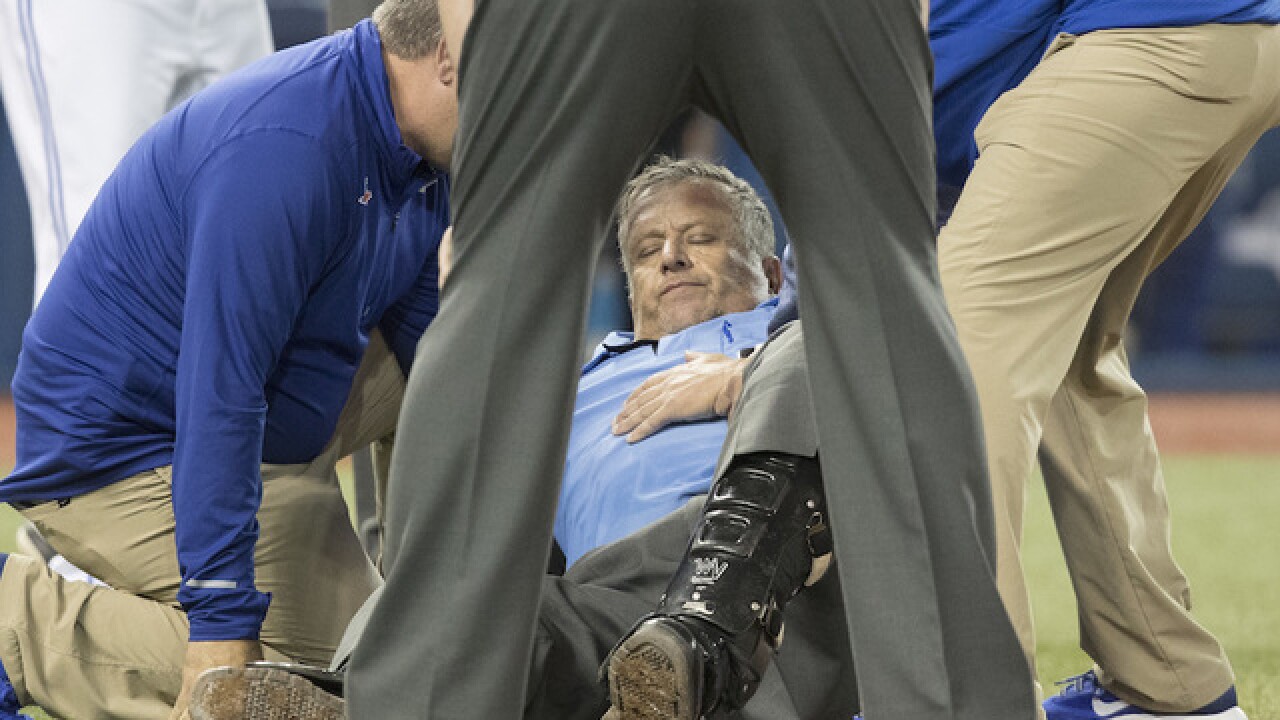 Copyright 2017 The Associated Press. All rights reserved.
Fred Thornhill
<p>Home plate umpire Dale Scott is attended to on the field in the eighth inning after he was hit by a foul tip during a baseball game between the Toronto Blue Jays and the Baltimore Orioles in Toronto on Friday April 14, 2017.</p>

Plate umpire Dale Scott was out of the hospital early Saturday, hours after sustaining a concussion when he was hit in the mask by a foul tip from Baltimore slugger Mark Trumbo during a game in Toronto.

Scott told The Associated Press by text that he was feeling OK and that the results of a CT scan were normal.

The veteran crew chief left the field on a spinal board in the eighth inning after being struck Friday night. He was taken to Mount Sinai Hospital.

WATCH: See the scary moment below, from MLB.com

Scott recoiled after the ball struck the bottom of his mask and knocked it off, staggering backward before going down on one knee. After being examined by Blue Jays trainer George Poulis, Scott lay down on his back on the turf behind home plate and received further attention from paramedics and Toronto's team physician.

Once his neck was immobilized, Scott was lifted onto a cart and driven off the field, exiting through a gate in the left field corner.

The game was delayed more than 10 minutes. It resumed with second base umpire Brian Knight working behind home plate.

Scott also got a concussion from a foul tip last year. Umpires usually are out of action for at least a week when they have a concussion, depending on the severity.