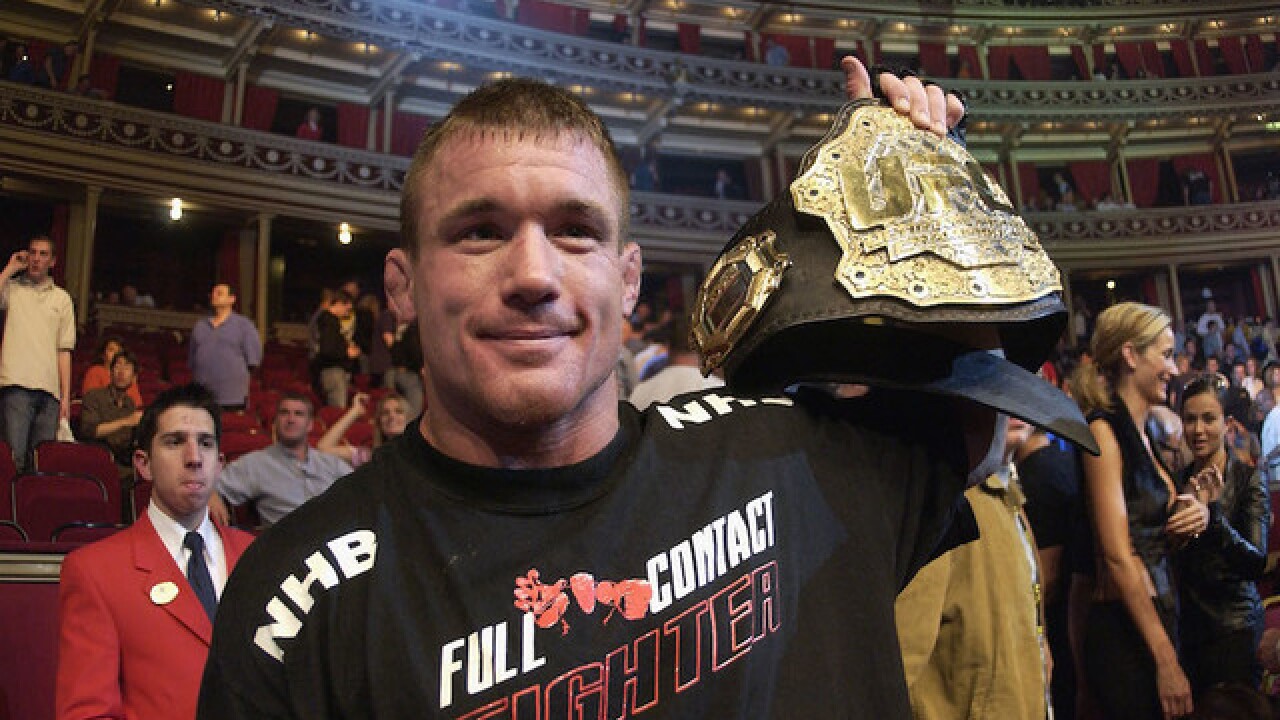 RAYMOND, Ill. (AP) — Former UFC welterweight champion Matt Hughes was injured Friday in a collision between a pickup truck and a train.

Illinois State Police said Hughes' pickup was traveling on a road in central Illinois when the driver crossed railroad tracks marked with a warning. The truck was struck on the passenger side by the train.

The 43-year-old Hughes, who is from Hillsboro, Illinois, was airlifted to St. John's Hospital in Springfield.

In a statement, the hospital reported a trauma team stabilized Hughes "and continues to help him in his recovery."

Hughes is among the most accomplished welterweights in MMA history. The former All-American wrestler at Eastern Illinois became one of the UFC's first major stars during MMA's growth into a popular sport in the U.S.

He officially retired in 2013 after back-to-back knockout losses, and he joined the UFC's front office as its vice president of athlete development and government relations.

Hughes' job was eliminated by the UFC last year after the company was sold, and he recently hinted at an interest in a return to fighting.

UFC spokesman David Lockett said the promotion will respect Hughes' family's privacy and "keep Matt and his family in our prayers."