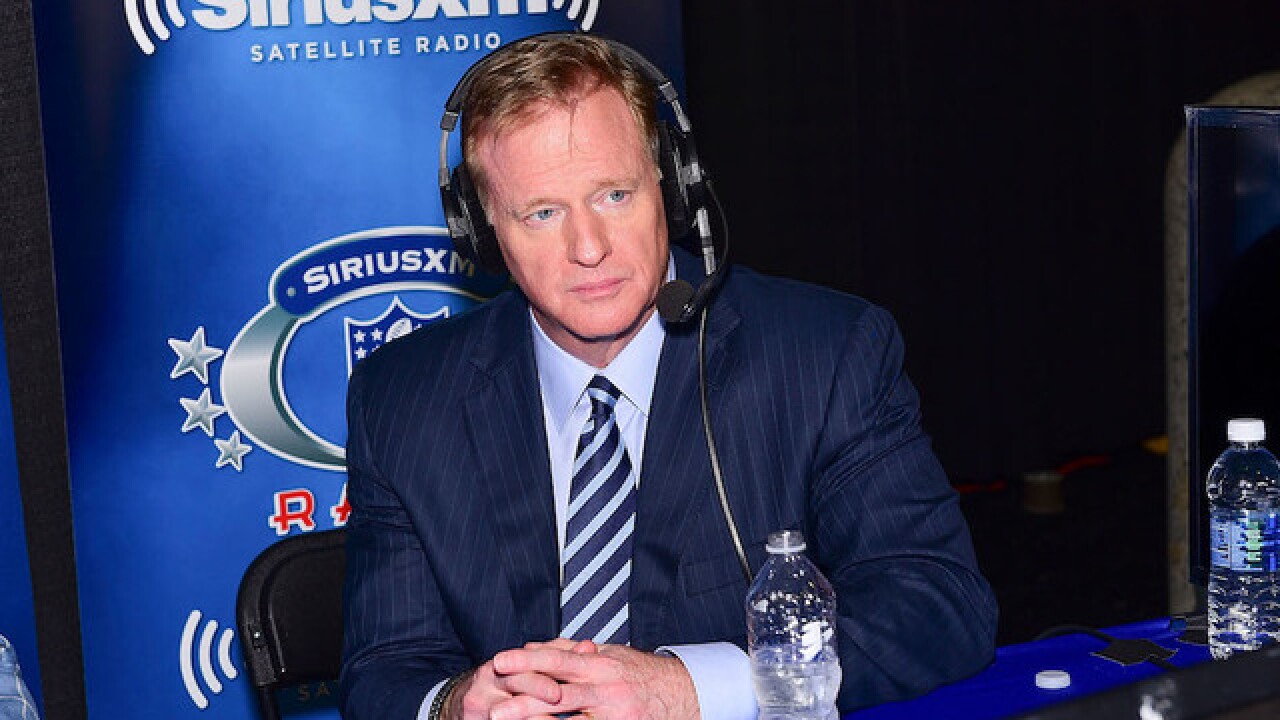 The NFL says that President Donald Trump was wrong when he tweeted Wednesday that the league is now demanding that players stand during the National Anthem.

Trump praised NFL Commissioner Roger Goodell for taking a hard line on the National Anthem protests, even though that's not what the Commissioner did.

"It is about time that Roger Goodell of the NFL is finally demanding that all players STAND for our great National Anthem-RESPECT OUR COUNTRY," he said in an early-morning tweet.

But Goodell didn't demand or order players to stand.

"Like many of our fans, we believe that everyone should stand for the National Anthem," said Goodell in that letter . "We want to honor our flag and our country, and our fans expect that of us." He said it is important that the league "move past this controversy."

The NFL issued a statement Wednesday after Trump's tweet, disputing the president's claim without specifically naming him.

"Commentary this morning about the Commissioner's position on the anthem is not accurate," said the league. "As we said yesterday, there will be a discussion of these issues at the owners meeting next week. The NFL is doing the hard work of trying to move from protest to progress, working to bring people together....Players from around the league will be in New York next week to meet with owners to continue our work together."

NFL spokesman Brian McCarthy said that Wednesday's statement "isn't just about the President," and that it also referred to inaccurate news reports about a letter Goodell sent to the teams on Tuesday.

In his letter Tuesday, Goodell vowed to "continue the unprecedented dialogue with our players." He did not make any threat of disciplinary action against players who take a knee or sit during the playing of the National Anthem. His letter certainly did not vow to cut, ban, bench or "fire" any players who join the protest, as Trump has advocated.