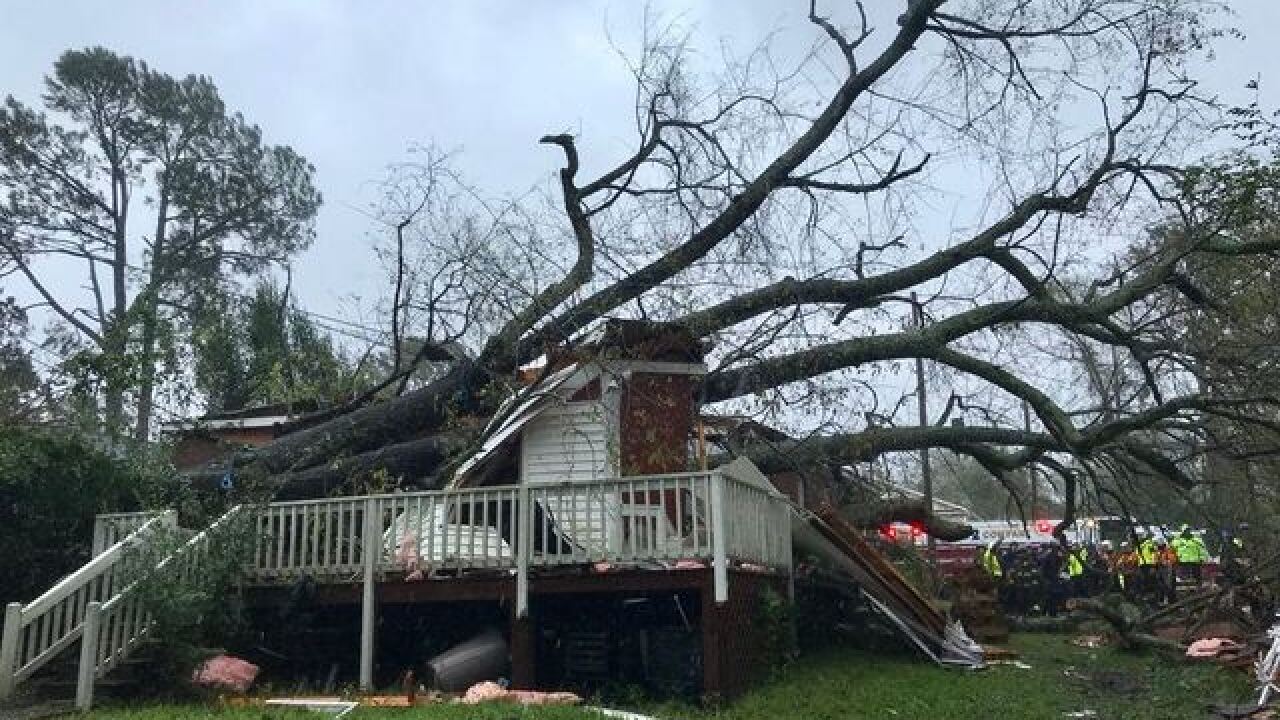 Copyright 2018 Scripps Media, Inc. All rights reserved. This material may not be published, broadcast, rewritten, or redistributed.
Indiana Task Force 1

When it rains like cats and dogs, a lot of cats and dogs need help seeking shelter from the storm. In the wake of Hurricane Florence, many pets were left stranded at shelters across the southern U.S., and Tony Alsup, a truck driver from Greenback, Tennessee, decided to do his part to rescue these animals before the storm hit.

Alsup drove his school bus to South Carolina to save pets living in shelters there. He loaded up his bus with 53 dogs and 11 cats from four towns across the state: North Myrtle Beach, Dillon, Georgetown and Orangeburg. Here is one of the cats he rescued from the Humane Society of North Myrtle Beach:

“It’s so easy for people to adopt the small pets and the cuties and the cuddly,” Alsup told Greenville News of his motivation to rescue these animals without a home. “We take on the ones that deserve a chance even though they are big and a little ugly. But I love big dogs, and we find places for them.”

Alsup brought the pets to a shelter in Foley, Alabama. From there, the pets will be dispersed to shelters across the country — and hopefully they can be adopted into their forever homes.

This is not Alsup’s first time acting as a savior for these forgotten animals. He’s also rescued animals from storms in Texas, Florida and Puerto Rico over the past year. (He helped feed horses after Hurricane Maria.) When he originally offered to transport a few pets in his truck, he realized the shelters needed large-scale help, especially when overcrowding becomes a problem during storms. So he bought a school bus to get the job done.

Check out the interior of his mobile rescue:

“I’m like, look, these are lives too,” Alsup told The Washington Post. “Animals  — especially shelter pets — they always have to take the back seat of the bus. But I’ll give them their own bus. If I have to I’ll pay for all the fuel, or even a boat, to get these dogs out of there.”

Alsup seems to get plenty of joy from rescuing all of these “fur babies” and is grateful to the human volunteers who help him along the way, too:

Kudos to Alsup for his awesome service!