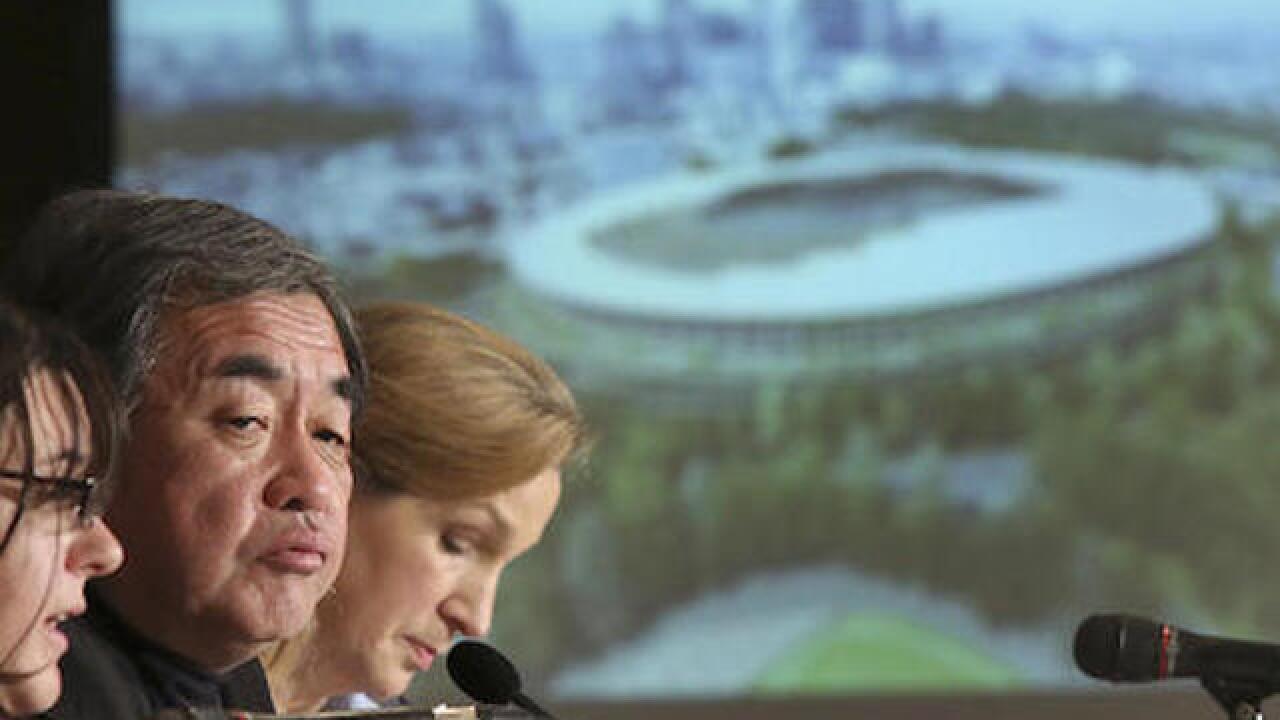 TOKYO (AP) — The price tag of the 2020 Tokyo Olympics could exceed 3 trillion yen ($30 billion) unless drastic cost-cutting measures are taken and several key venues are relocated, an expert panel warned Thursday in the latest blow to Japanese organizers.

"Naturally, anyone who hears these numbers is alarmed," panel leader Shinichi Ueyama said.

The Olympic investigation team was launched by newly elected Tokyo Gov. Yuriko Koike after she raised concerns about growing cost estimates and the potential burden on the city and its taxpayers.

The panel said the ballooning costs reflect an absence of leadership, as well as a lack of governance and awareness of cost control.

The report, submitted to Koike on Thursday, reviewed three out of seven permanent venues that Tokyo is planning to build, and proposed using existing locations rather than new facilities that could end up being white elephants. It proposed moving rowing and canoeing more than 400 kilometers (250 miles) outside the city, as well as finding new sites for swimming and volleyball.

Koike said she plans to discuss possible options with International Olympic Committee officials who are expected to visit Japan in the coming weeks.

"We cannot impose the negative legacy onto the Tokyo residents," Koike told reporters.

Preparations for Japan's first Summer Olympics since Tokyo hosted the 1964 Games have been plagued by a series of scandals and problems, including the new national stadium's high cost and design, and allegations of bribery in the bidding process.

Concerns over Tokyo's budget come amid growing global scrutiny over the costs of hosting the Olympics. Many cities have been scared off by the record $51 billion in overall costs associated with the 2014 Winter Games in Sochi. Rome's bid for the 2024 Olympics was rejected last week by the new mayor, citing concerns over high costs.

The estimated 3 trillion yen cost of the Tokyo Games is more than a four-fold increase from the initial estimate at the time of the city's 's successful bid for the games in 2013.

Ueyama, a Keio University public policy professor, criticized Tokyo's Olympic organizers as irresponsible, comparing them to "a company without a president and a chief financial officer."

Mori has said the original figures were the result of sloppy calculations which he blamed on the Tokyo metropolitan government and Japanese Olympic Committee.

On Thursday, Mori criticized the panel's proposals for venue moves, saying it would be difficult to change the existing plans approved by the IOC.

"At this point, it would be extremely difficult to turn everything upside down from the Japanese side," he said.

Tokyo has already implemented a series of venue changes which the IOC has said will save around $1 billion. Any further changes would require the approval of the IOC and relevant international sports federations.

The panel's report said venue costs had been driven up by overestimated stadium capacities, use of unnecessarily high-grade equipment and lack of a budget ceiling.

To cut costs, the report proposed moving the rowing and canoeing venue away from Tokyo and renovating existing facilities for two other sports.

The latest cost estimate for the rowing and canoeing venue stands at 49 billion yen ($490 million), seven times higher than the initial forecast. The current plan hopes to turn the venue, a former site of a garbage plant, into a "mecca" for the sport and attract 40,000 visitors, but the panel said that is overly optimistic in a country with only several hundred athletes in rowing and canoeing.

The panel proposed moving rowing and canoeing to Tome City, about 440 kilometers (270 miles) — or a three-hour train ride — northeast of Tokyo in the prefecture of Miyagi.

The report said a planned swimming venue with a capacity of 20,000 is way above the 12,000-seat requirement, and proposed renovating an existing Olympic-class facility in Tokyo's Tatsumi area. It urged seeking an existing venue for volleyball instead of building a new arena in Tokyo's Ariake coastal area.

Tokyo won the right to host the games in 2013 by promising a compact bid with 28 of the 31 competition venues within an eight-kilometer (5-mile) radius of the Olympic Village. Originally, only shooting, modern pentathlon and one football venue were to be outside the eight-kilometer radius.

Already, venues for basketball, taekwondo and cycling have been moved outside of Tokyo to maximize existing facilities. Cycling was moved to Izu, some 145 kilometers (90 miles) southwest of the capital.