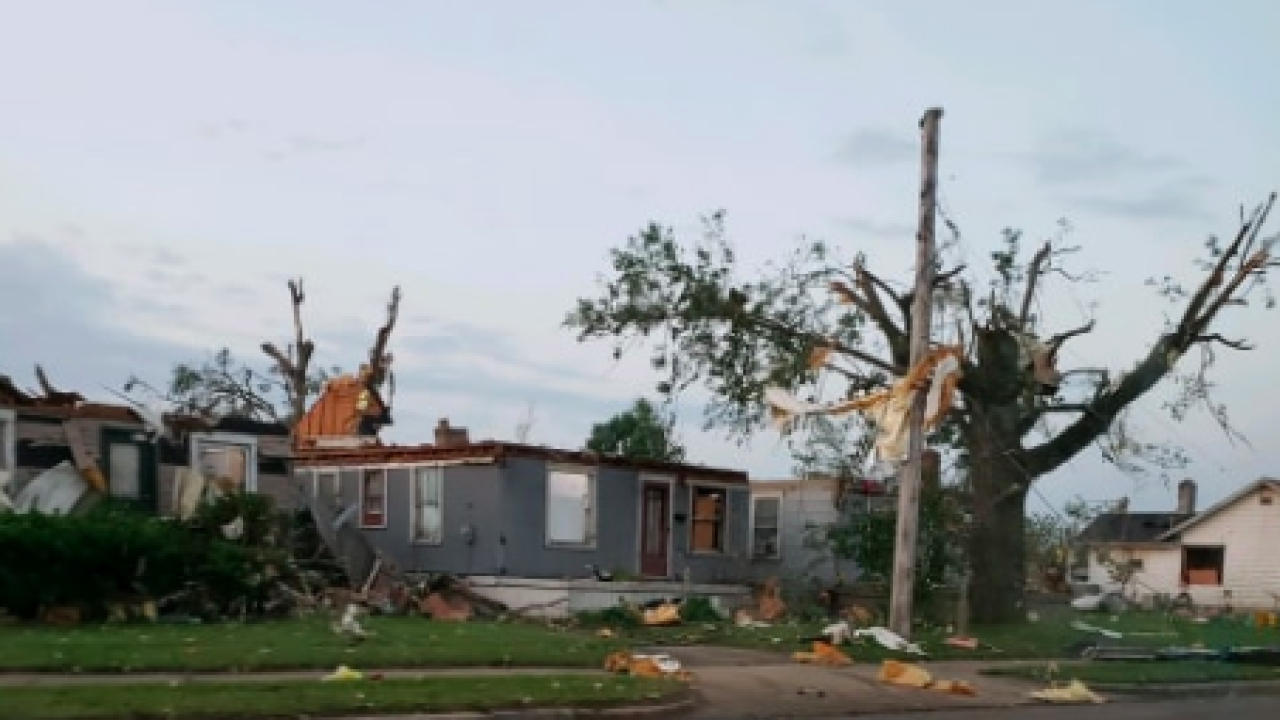 After deadly tornadoes and floods have ravaged communities for weeks, the storm-weary central United States is getting some relief as the threat shifts toward the East Coast on Thursday.

The U.S. has endured damaging tornadoes somewhere every day for the past 13 days.

Several deaths have been blamed on flooding and severe weather, including one each in Arkansas, Kentucky and Ohio; three in Missouri and six in Oklahoma, authorities said.

About 26 million people are under a slight risk of severe weather and 48 million are under marginal threat, CNN meteorologist Michael Guy said.

If no tornadoes are reported Thursday, the nation will breathe a collective sigh of relief. On Wednesday alone, there were 24 tornado reports, Guy said.

The last day without a tornado was May 15, making Wednesday the 14th consecutive day that the continental US saw a tornado touchdown.

So far this year, there have been at least 960 tornado reports , compared to about 750 in an average year. In the past month alone, the National Weather Service has received more than 500 tornado reports across the country -- an unusually high amount. Most of the reports have been from 22 states, with at least 50% of them from Texas, Oklahoma and Kansas.

But beyond Thursday, there's hope for a break.

A change in the weather pattern will bring relief for the nation through the weekend and into early next week, with less rainfall predicted over the next five days for the areas hardest-hit by flooding, Van Dam said.

Drenching rains have left some parts of the United States underwater for weeks.

At least 80 river gauges along the Mississippi River and its tributaries are indicating major flooding, and 104 more are reporting moderate flooding, according to the latest data Wednesday.

In all, cities across the region from Minneapolis down to New Orleans have been slammed by heavy rain and flooding.

The Arkansas River in Oklahoma has been pouring over its banks and the river is now approaching record levels to the east in Arkansas.

In western Arkansas near the community of Van Buren, the Arkansas River crested Wednesday at around 41 feet -- roughly 3 feet above the previous record there.

Severe thunderstorms and heavy rainfall will continue from the Mississippi Valley to the Midwest and into portions of the Northeast US, with flash flooding possible in low-lying areas.

The continental United States recently finished its soggiest 12 months in 124 years of modern record-keeping, according to NASA.

"California is completely out of drought for the first time since 2011," NASA said. "As recently as February 2018, one-third of the United States was in drought."

This month's US Drought Monitor said 2.72% of the contiguous US was in drought, among the lowest levels in two decades of records.