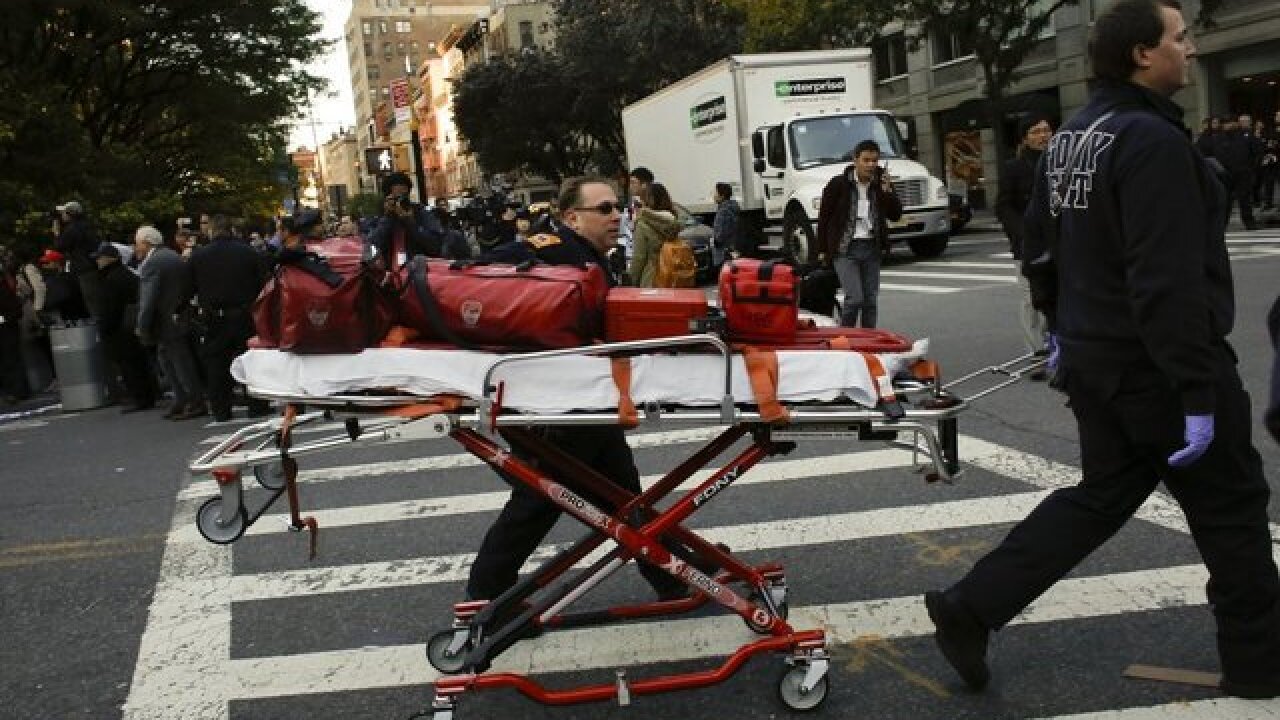 The suspect in the deadly terror attack in New York wasn't only a driver for Uber. He also worked for its rival Lyft.

Lyft said late Wednesday that Sayfullo Saipov drove for its ride-hailing app in the past but that it deactivated his account as soon as he was identified as a suspect in the attack.

Saipov, a 29-year-old from Uzbekistan who was living in New Jersey, has been  charged  with federal terrorism offenses in connection with Tuesday's attack in Manhattan in which eight people were killed.

Uber  said Tuesday  that Saipov started driving for it in New Jersey just over six months ago, making more than 1,400 trips. It also banned him from its platform after the attack.

Lyft didn't provide details on how long Saipov drove for its app or how many trips he made. It's not unusual for drivers to  work for both companies.

Saipov's case is drawing renewed attention to the background checks that ride-hailing companies carry out on their drivers.

Records show Saipov received multiple traffic citations in the past, including failure to equip a motor vehicle carrier with or maintain a required brake system.

Both Uber and Lyft said they hadn't come across any complaints about Saipov's safety as a driver for them.

New Jersey rules for ride-hailing services like Uber and Lyft require the companies to conduct criminal background checks, which are usually outsourced to specialist firms. Convictions for crimes like reckless driving automatically disqualify a driver.

Uber applies different criteria for background checks depending on state regulations. In general, drivers cannot have more than three minor moving violations, such as speeding tickets, in the past three years.

Lyft's website says potential drivers are screened for "driving incidents" but doesn't specify what would disqualify them.

Both Uber and Lyft say they are in contact with law enforcement authorities over the New York attack.

"Our thoughts are with those affected by this tragic act," Lyft said.