The caravan could be weeks away from the US border 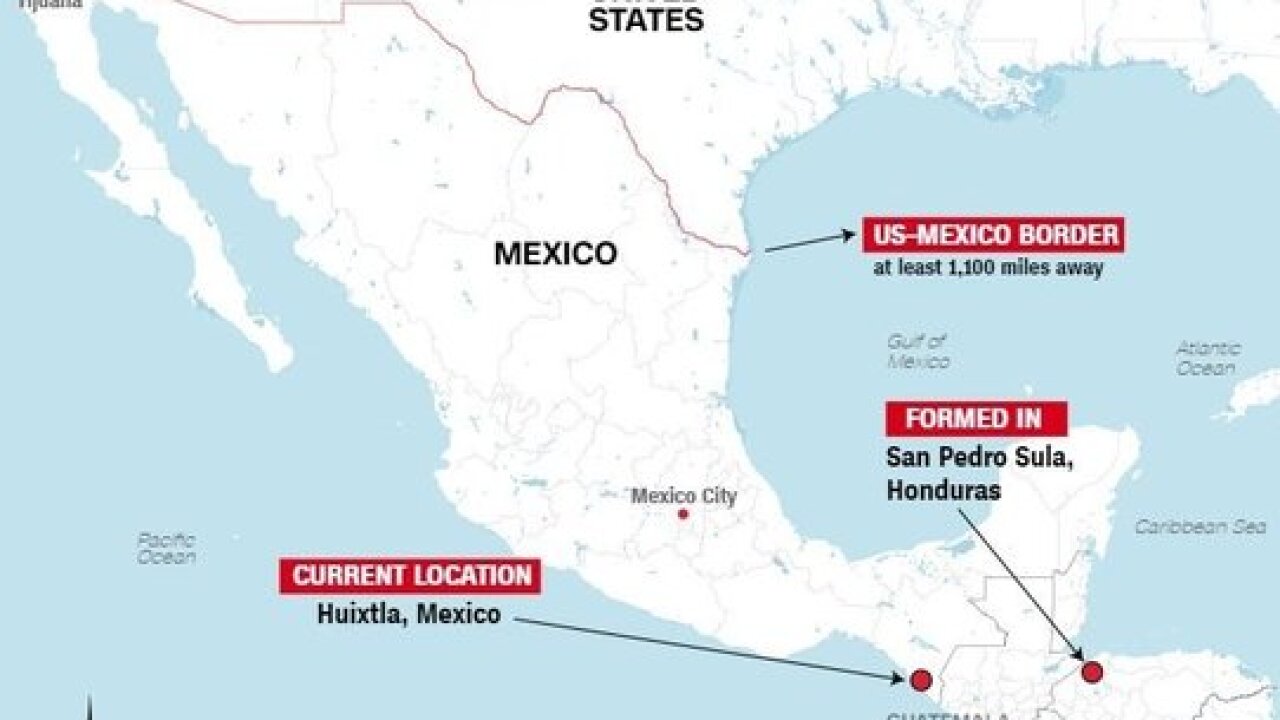 Copyright 2018 Scripps Media, Inc. All rights reserved. This material may not be published, broadcast, rewritten, or redistributed.
CNN
<p>More than 7,000 people in a migrant caravan are traveling through Mexico.</p>

US President Donald Trump has pointed to a massive caravan of migrants trekking north through Mexico as a major issue in the upcoming midterm elections.

But when Election Day rolls around, on November 6, the caravan could still be somewhere in the middle of Mexico, given the group's current location, how fast it's been traveling and how long it's taken other groups of migrants to cross the country.

On Tuesday, the caravan was in Huixtla, Mexico, about 50 miles from the Mexico-Guatemala border, where many of the caravan's members skirted authorities and crossed in rafts.

It's still too soon to know exactly where along the vast US-Mexico border the bulk of this caravan will travel.

The group only recently crossed into Mexico, and members are charting their movement daily.

Organizers have told CNN they still don't know exactly which route they'll take. Much depends on the Mexican government and what routes the caravan is allowed to travel, whether its members are detained or held in certain areas and whether the group is provided with buses to speed their journey.

The safest route would take them to Tijuana, across the US border from San Diego. A large caravan that crossed Mexico in the spring -- and also drew ire from President Trump -- took more than 30 days to reach Tijuana from Tapachula, Mexico -- a city this caravan departed on Monday.

The closest border crossing to this caravan would be between Matamoros, Mexico, and Brownsville, Texas, about 1,111 miles away from the caravan's current location. But heading that way is considered a more dangerous route.

To date, the caravan has traveled about 20 miles a day, largely on foot. If the caravan continues at that rate, reaching Tijuana could take months, and reaching Matamoros could take weeks.