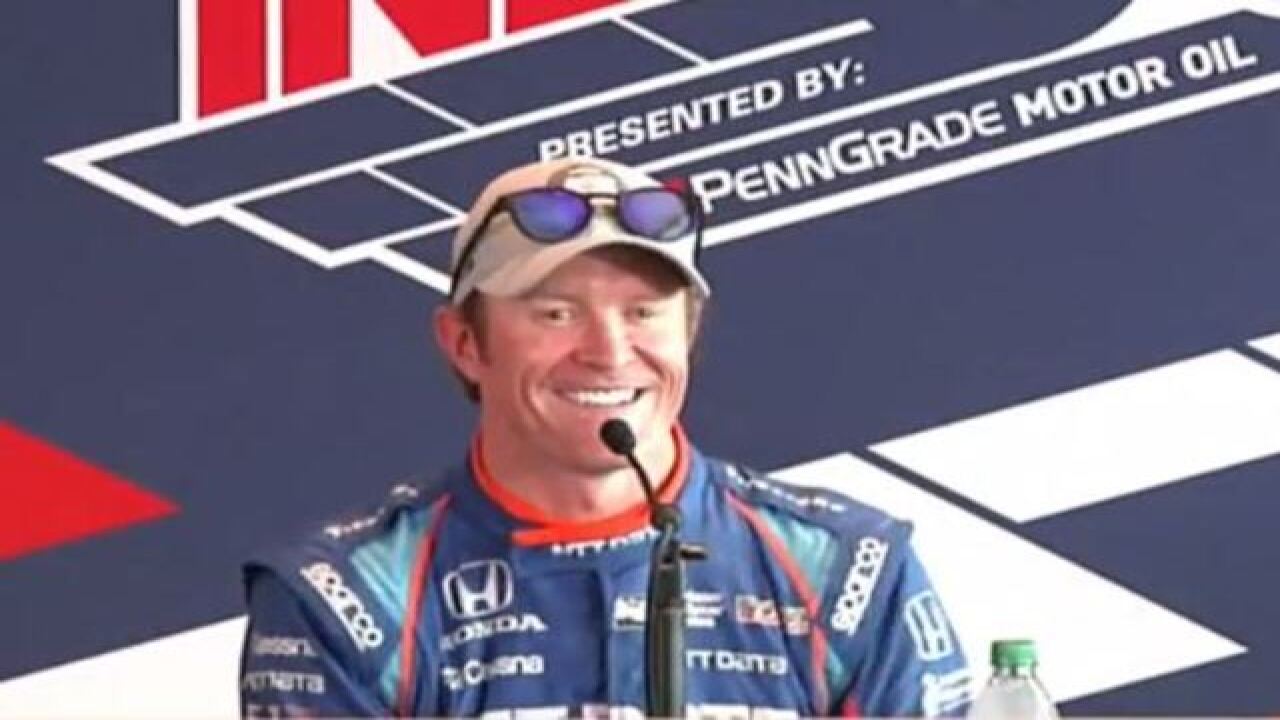 Copyright 2017 Scripps Media, Inc. All rights reserved. This material may not be published, broadcast, rewritten, or redistributed.
Cox, Katie

INDIANAPOLIS -- IndyCar driver Scott Dixon will start from the pole for the 101st running of the Indianapolis 500 next weekend.

It was quite a shootout at the Indianapolis Motor Speedway on Sunday as the Fast 9 from Saturday's qualifying round competed for the pole.

Dixon had the fastest pole run since 1996 with a four-lap average of 232.164 mph. Indianapolis native Ed Carpenter took the second spot on the grid with a 232.664 mph four-lap average.

Alexander Rossi, winner of last year's 100th running of the Indianapolis 500, took the third spot in the front row with a 231.487 mph four-lap average.

Tony Kanaan, Marco Andretti and this year's IndyCar Grand Prix winner Will Power round out the third row of the Indy 500 grid.

The 10-33 positions were set earlier today.

Noblesville native Conor Daly will be racing in the 26 spot. He had a four-lap average of 226.439 mph.