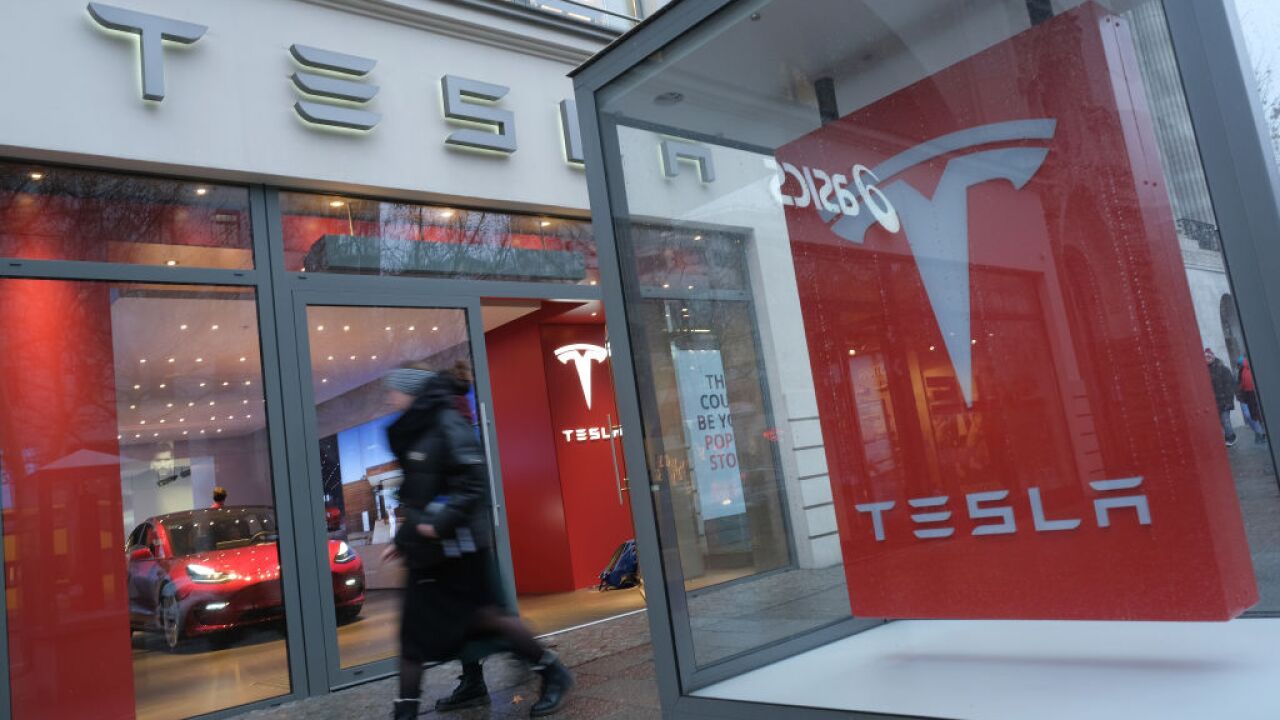 Tesla is investigating after one of its vehicles appeared to explode in China.

A short video of surveillance footage posted on Chinese social media site Weibo showed white smoke emerging from what looks like a white Tesla car parked at a lot in Shanghai. After a few seconds, the electric vehicle bursts into flames and the clip ends soon afterward.

The video, which was filmed just after 8.15 p.m. local time on April 21, appears to show a Tesla Model S sedan. It was posted on Chinese social media a couple of hours later and has since been shared widely.

Tesla would not confirm any of the details, other than to say it is investigating the incident alongside Chinese authorities.

"We immediately sent a team on-site and we're supporting local authorities to establish the facts. From what we know now, no one was harmed," a Tesla spokesperson told CNN Business on Monday.

The clip attracted a mix of derision and outrage on Weibo. "Us car owners demand an explanation," wrote user Miao Hongyang. "Jeopardizing our safety in a moment's instant and the fact it ignited so quickly is something we will not tolerate."

Another Weibo user registered under the name Your Dad, added: "One thing I've learned from this incident: from now on, don't ever park next to a Tesla."

China is huge for Tesla

This isn't the first time one of Tesla's cars has appeared to burst into flames, but previous incidents often involved moving vehicles or vehicles that had crashed .

"It seems strange that the battery, not charging, would combust on its own," said Tu Le, founder of consultant firm Sino Auto Insights.

Tesla has previously said that gasoline-powered cars are 10 times more likely to catch fire than those powered by electric batteries.

China is a hugely important market for Tesla. The country accounts for about 20% of the company's annual revenues, or more than $2 billion in sales. But its share of this market is still tiny.

The company wants to supercharge sales in China with a new factory in Shanghai. Tesla eventually hopes to produce 500,000 cars at the facility every year.

But Tesla is also grappling with a slowdown in the Chinese economy, which has already hit foreign brands including GM and Ford. Import tariffs resulting from the trade war with the United States have seen Tesla prices in China fluctuate wildly.

It also has to contend with heavy competition from Chinese players, such as BYD and NIO.

This is shaping up to be a very big week for Tesla.

The company is likely to face tough questions from investors and customers about the explosion.

The electric carmaker will hold its investor day on Monday. It's expected to reveal a major loss on Wednesday when it reports earnings.

Tesla said Friday that four directors will leave the company — shrinking the size of its board to seven. One departing board member, Steve Jurvetson, is considered a close ally of CEO Elon Musk.