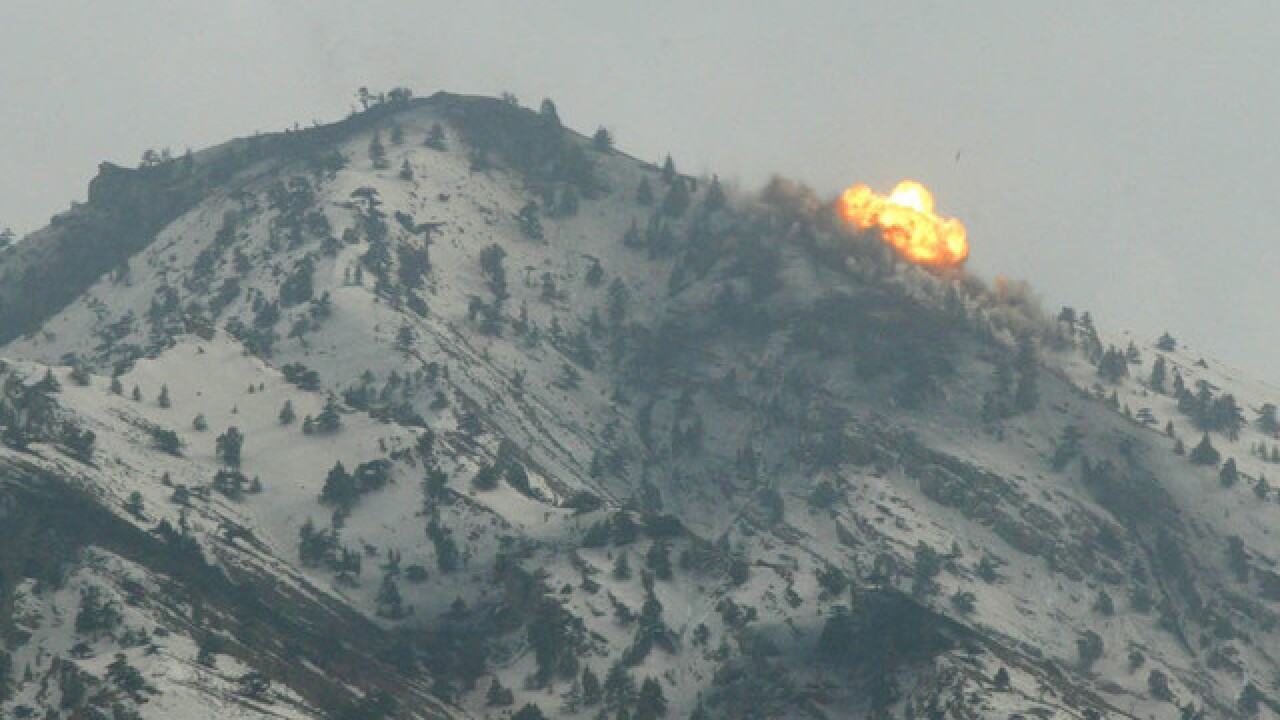 Copyright Getty Images
<p>FILE PHOTO: Flames billow from the top of a mountain after air strikes on a suspected enemy position by United States Airforce B-52 bombers March 10, 2002 near the villages of Sherkhankheyl, Marzak and Bobelkiel, Afghanistan. The towns were an al Qaeda and Taliban stronghold which came under intense bombing and firefights as the coalition forces battled to root them out. </p>

The United States Department of Justice says a resident of Oklahoma was arrested for fraud, lying to the FBI and for not disclosing that he attended an al Qaeda training camp.

Naif Abdulaziz M. Alfallaj, 34, is a citizen of Saudi Arabia and a current resident of Weatherford, Oklahoma. The FBI says he attended an al Qaeda training camp in Afghanistan in late 2000.

"Based on a criminal complaint signed in the Western District of Oklahoma and unsealed [Tuesday], Alfallaj was taken into custody by the FBI without incident on February 5," the announcement said . "A grand jury returned a three-count indictment against him."

The FBI found 15 of Alfallaj’s fingerprints on an application to an al Qaeda training camp, the DOJ says. The camp is known as al Farooq, which was one of al Qaeda’s key training sites in Afghanistan.

"The document was recovered by the U.S. military from an al Qaeda safe house in Afghanistan. The document is also alleged to include an emergency contact number associated with Alfallaj’s father in Saudi Arabia.

"Alfallaj is alleged to have first entered the U.S. in late 2011 on a nonimmigrant visa based on his wife’s status as a foreign student.," the DOJ said .

"According to the complaint, he answered several questions on his visa application falsely, including whether he had ever supported terrorists or terrorist organizations."

"Count One alleges that from March 2012 to the present, Alfallaj possessed a visa obtained by fraud.  Count Two alleges he used that visa in October 2016 to apply for lessons at a private flight school in Oklahoma.

"The third count in the indictment charges Alfallaj with making a false statement to the FBI during a terrorism investigation when he was interviewed and denied ever having associated with anyone from a foreign terrorist group," the DOJ said.

"If convicted of visa fraud, Alfallaj faces up to ten years in prison on each count. He also faces up to eight years in prison for making a false statement involving international terrorism. Deportation proceedings are expected to commence at the conclusion of these criminal proceedings," according to the DOJ announcement.