Teacher fired for assignment asking students 'How Comfortable' they are around blacks, Arabs 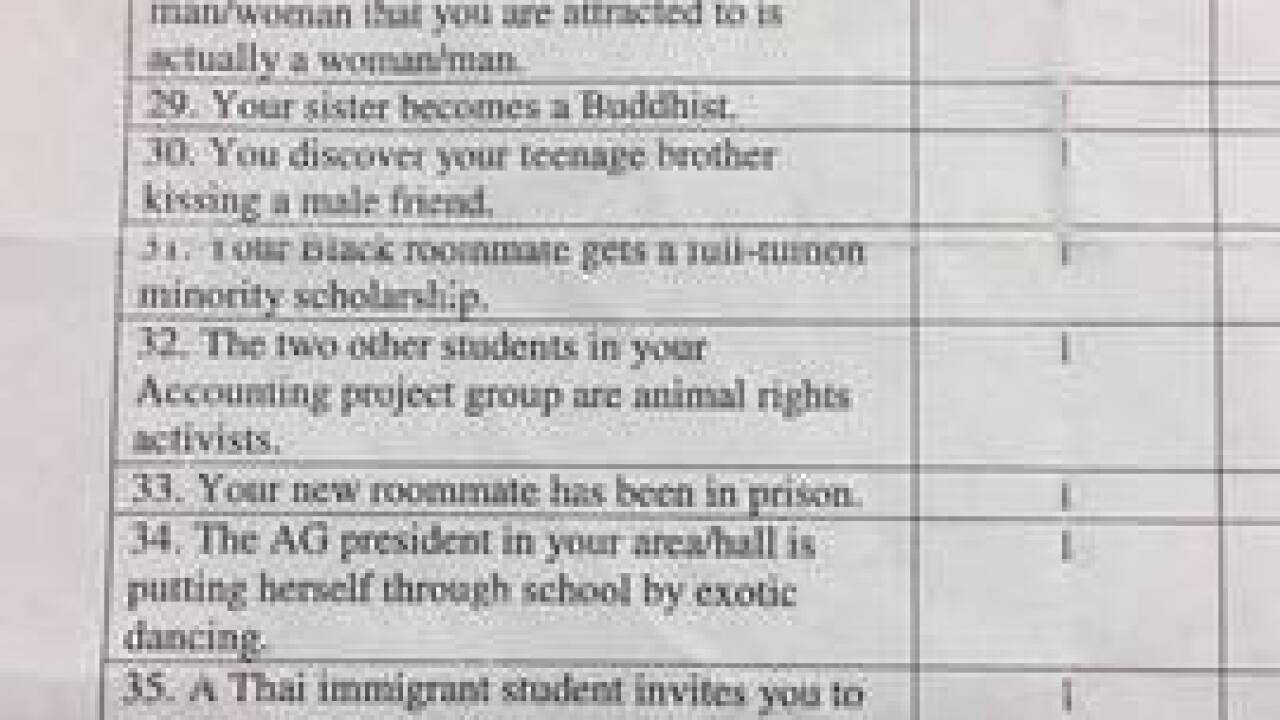 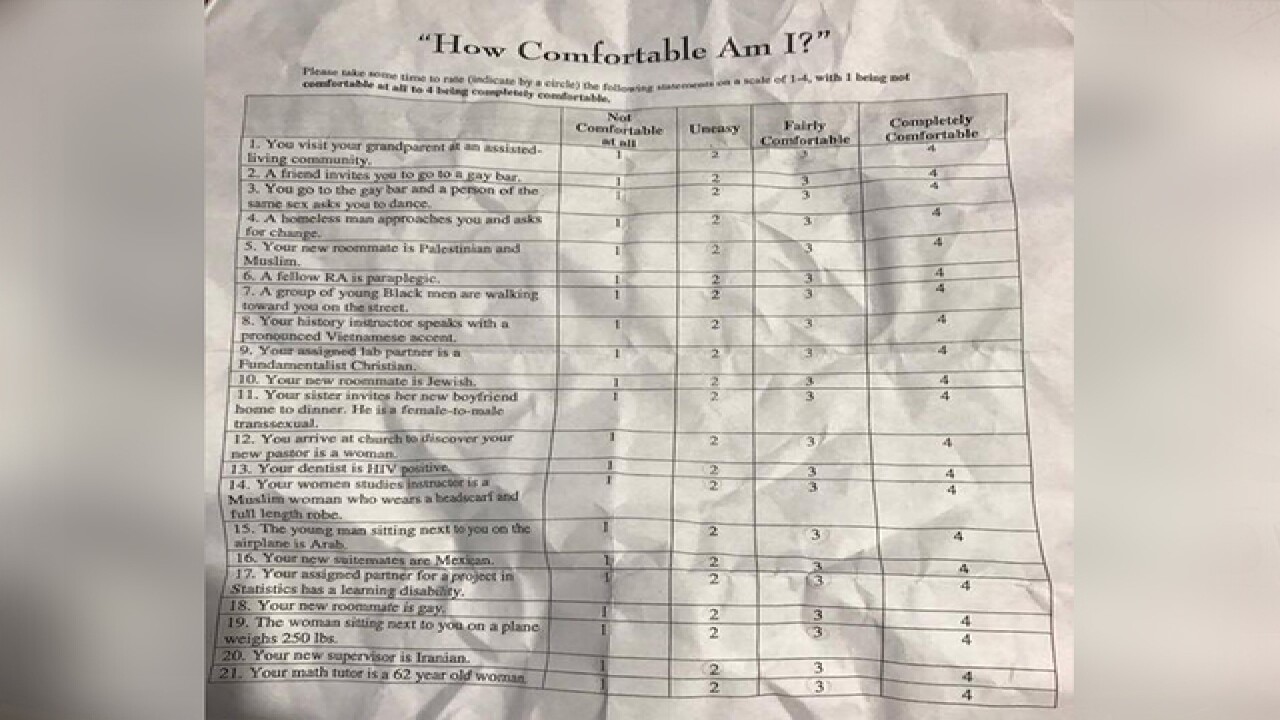 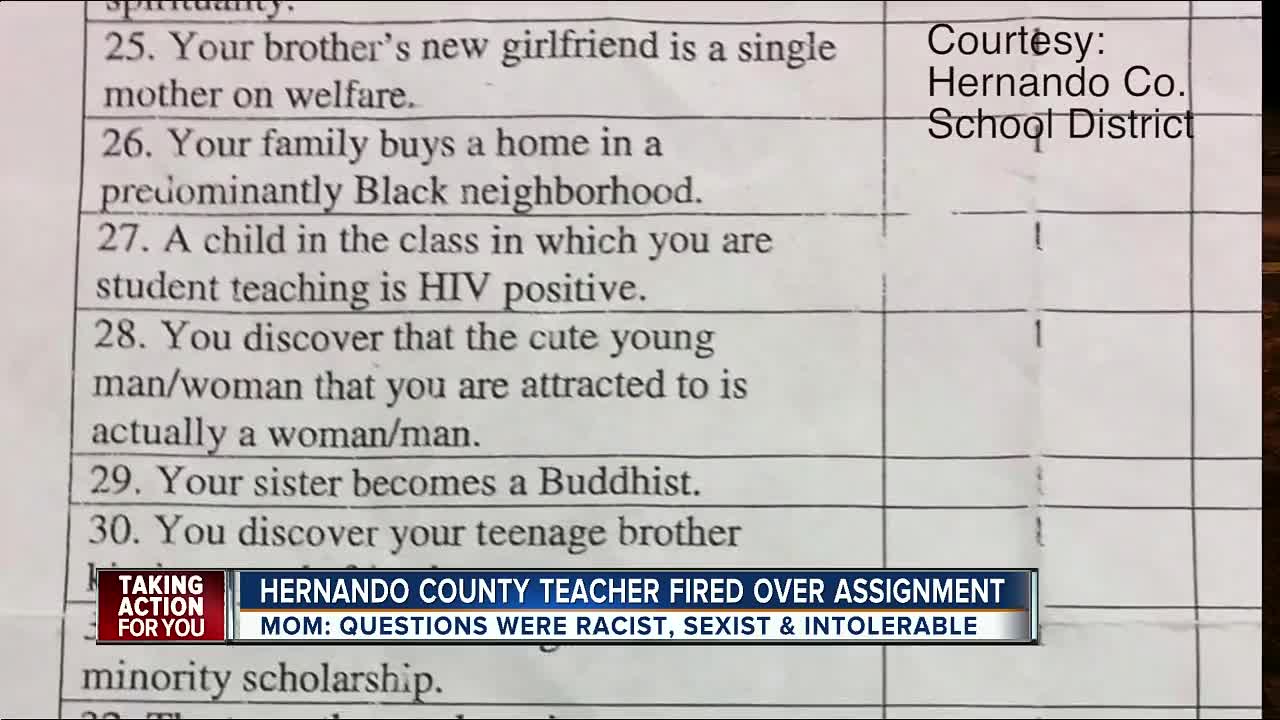 A Florida middle school teacher was fired after giving students an assignment that was deemed inappropriate by district officials.

The supplemental assignment that was given to students at Fox Chapel Middle School instructed them to circle a response for a series of questions asking them their comfort level in various situations. Some situations included being approached by a group of "young black men" on the street, sitting next to an "Arab" on an airplane and finding out the new pastor at your church is a woman.

The Hernando County School District did not identify the teacher but it said in a statement, "in no way, does that assignment meet the standards of appropriate instructional material".

"'How comfy are you if you see a group of black men walking to you on the street?' That's completely inappropriate. In no world, whatsoever, is that OK to question a child on," said Jennifer Block, mother of a 12-year-old girl who was given the assignment.

Drews received the assignment during her 7th period Leader In Me class. She said they were learning about accepting people's differences. Drews said the teacher handed out the assignment to the class.

"There were children that were saying this is wrong. 'Why are we doing this?' 'Does this have a reason?' She was going yeah this is kind of wrong ... maybe I should take it back," Drews said. "Kids were asking if they could share it with their parents. She was like, 'No. Don't show your mom. Don't take that home. I'm taking it back up,'."

District officials said the teacher joined the middle school in January. Officials said she was still under her probationary period when they fired her.

"I believe that it was very wrong what she did. That she didn't ask anybody before she gave it out. But I think that maybe she should have been put on a break and had like another training on something like that," Drews said.

Drews's mom agrees with the punishment.

"I think that it was probably best," Block said.

WFTS reached out to the teacher for a response but have yet to get a reply.