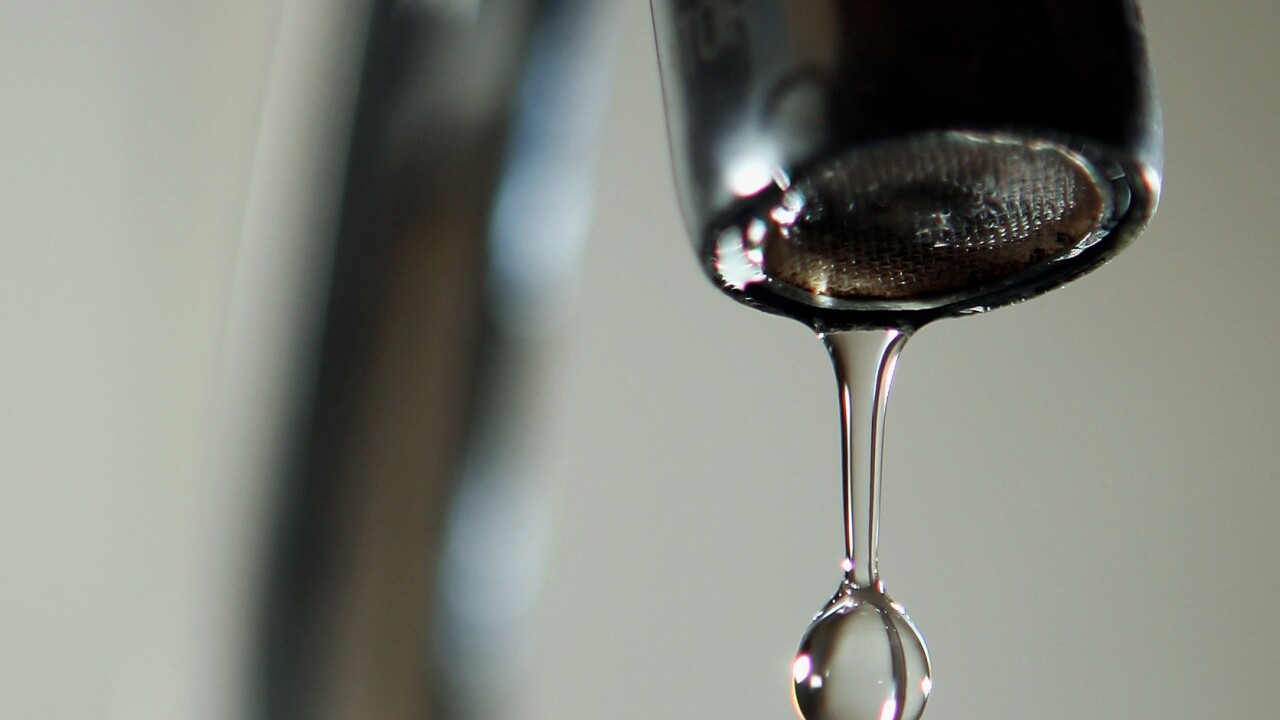 A new study finds that drinking tap water in California over the course of a lifetime could increase the risk of cancer.

Researchers from the environmental advocacy group Environmental Working Group estimated that the contaminants found in public water systems in California could contribute to about 15,500 cancer cases there over the course of a lifetime. These contaminants include chemicals such as arsenic, hexavalent chromium and radioactive elements such as uranium and radium. The study was published Tuesday in the journal Environmental Health.

"We need to look at contaminants as a group -- not just one at a time. It's more important to analyze co-occurring contaminants to understand the real world exposure," said lead author Tasha Stoiber , a senior scientist with EWG. She explained that cancer risks are typically determined at the individual element level.

Stoiber and her colleagues evaluated 2,737 different public water systems across the state of California by assessing the level of reported contaminants in the systems. These water systems are the main providers of drinking water in California, serving 98% of the state's population. They are regulated by the federal Safe Drinking Water Act and overseen by state regulators.

The authors divided the water systems into four different categories of risk. The highest category estimated an additional cancer risk of more than 1 in 1,000 people being diagnosed with cancer over the course of a lifetime from drinking tap water. Researchers did not identify which water systems were considered high risk.

Regardless of the role of drinking water, according to the American Cancer Society, nearly 40% of all Americans will be diagnosed with cancer during their lifetime.

Nearly 500 of the community water systems evaluated fit the highest risk category. The researchers estimated that drinking water from these systems over a lifetime would result in 4,860 cancer diagnosis.

When asked about the report, the California Environmental Protection Agency said it would not comment on the study at this time.

'No safe level' of arsenic

Much of the cancer risk was driven by arsenic contamination. These systems were some of the smallest systems in the state, serving 10,000 residents or less, and relied heavily on groundwater.

"Arsenic is going to be an issue with groundwater in certain areas" said Stoiber.

Arsenic contamination in drinking water can result both from arsenic that naturally occurs because of geology as well as from industrial and agricultural exposure.

Even very low levels of arsenic are considered to be highly carcinogenic.

"There's no safe level," said Kelly Reynolds, director of the Environment, Exposure Science and Risk Assessment Center at the University of Arizona, who was not involved with the study.

"Small utilities tend not to have as advanced treatment capabilities as your larger utilities," she said.

"A lot of the smaller systems don't have the economies of scale compared to larger utilities, and they won't have the resources to improve water quality," explained Stoiber.

The authors found that 47% of estimated lifetime cancer cases were due to arsenic pollution in drinking water. About a third of the estimated cancer diagnoses was attributed to disinfection byproducts -- chemicals that are a byproduct of treating drinking water. Another 16% resulted from hexavalent chromium , the " Erin Brockovich" element.

Stoiber said she and her colleagues acknowledged limitations in their work, noting that interactions between chemical contaminants aren't well known and that their assessment could overestimate or underestimate overall risk.

"That's why we're pushing for this [cumulative risk analysis]," Stoiber said. Understanding the science of contaminant interactions is the next step, she said: "This is where future research is needed."

Reynolds agreed that this research was an important starting point. While the findings themselves may be specific to California, she said this approach to risk assessment could be used by any other community to evaluate its own data and water quality. This kind of work "should drive how we prioritize our resource and how we manage this problem" as a society, she said.

But, she added, home consumers could take simple steps now like adding a certified filter to help reduce their exposure to these contaminants. Filters should be targeted to the contaminants and can either be applied right where consumers use their water, like a faucet filter or water pitcher, or a large whole house system that treats water as it enters the house.