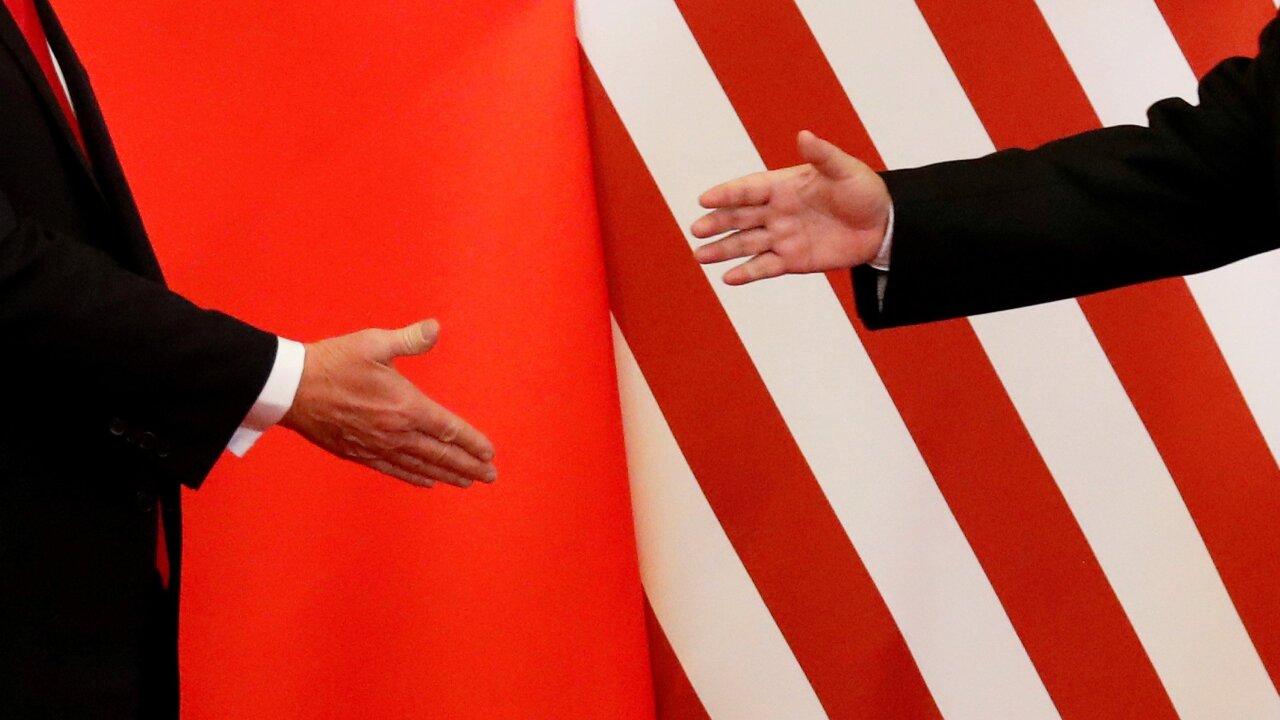 The Dow was recently down just 70 points, or 0.3%. That represents a sharp recovery from a loss of as much as 471 points in early trading.

The S&P 500 and Nasdaq also slashed their losses, with each down around half a percentage point.

Investors are trying to make sense of President Donald Trump's surprise threat on Sunday to impose higher tariffs on China.

The sudden escalation of US-China trade tensions initially dealt a major blow to investors' expectations that Washington and Beijing would reach a trade deal in the near term. Trump's threats raise the risk of a prolonged fight between the world's two largest economies.

But some analysts say the odds still favor a US-China trade deal.

"It would be a real surprise if this does more than delay an agreement that both sides still seem to want," Christopher Smart, Head of Barings Investment Institute, wrote in a note to clients.

Monday is just the latest time that US stocks have recovered from an early morning freakout. In fact, the S&P 500 managed to close higher during half of the prior eight times it plunged 1% or more at the open, according to Bespoke Investment Group.

The VIX, a market volatility index, jumped to its highest level since January before retreating.

"A big underpinning of the rally was this consensus that a trade deal with China would eventually get done," said Michael Block, market strategist at Third Seven Advisors. "This tweet may be a tactic but it has bulls unglued and playing what if."

"Shocking escalation — even on Trump standards," Chris Krueger, analyst at Cowen Washington Research Group, wrote in a note to clients on Sunday.

On Sunday, Trump threatened on Twitter to increase tariff rates on $200 billion in imports from China to 25%, up from 10% currently. The president said the increase would take effect on Friday.

Goldman Sachs: Only a 40% chance tariffs go up

Investors are unsure if Trump is trying to apply more pressure to Beijing to get a deal done quickly, or if he intends to carry through on his threat, market analysts said. Either way, the threat increases the risk that the trade deal could come undone.

The threat also has negative implications for the outlook of other trade spats, including autos and the passage of the the USMCA deal that is set to replace NAFTA, according to analysts at Goldman Sachs.

"His move injects major uncertainty into negotiations, which now face a rising risk of an extended impasse — perhaps even through the US presidential election," Michael Hirson, head of China and Northeast Asia at the Eurasia Group, wrote in a note on Sunday.

The Goldman Sachs analysts said that while Trump's announcement "lowers the odds of a successful conclusion" to US-China trade negotiations, the firm thinks there is only a 40% chance that tariffs on China will go up on Friday.

"We believe an agreement is slightly more likely to be reached instead," Goldman Sachs wrote in a note to clients on Sunday.

Still, that represents quite the shift given the fact that US stocks had raced higher in recent months due in part to hopes of a US-China trade deal. The market's rebound was also driven by stronger economic reports and the Federal Reserve slamming the brakes on plans to raise interest rates.

"While the Fed's dovish policy pivot has been the biggest driver of the equity rally to date, future equity performance rests largely on optimism about a potential reacceleration and global economic and earnings growth in the second half," said Alec Young, managing director of global markets research at FTSE Russell. "Without a successful US-China trade breakthrough, it's much harder to be constructive on the global macro outlook."

The S&P 500 and Nasdaq hit record highs over and over again over the past weeks. All three major indexes have posted double-digit percentage gains this year, recovering sharply from the late 2018 plunge.

Renewed trade tensions could slow down US economic growth by creating uncertainty and raising costs on businesses and households.