Spellers kick off Bee Week with preliminary test; see if you can pass it

Spellers kick off Bee Week with preliminary test; see if you can pass it 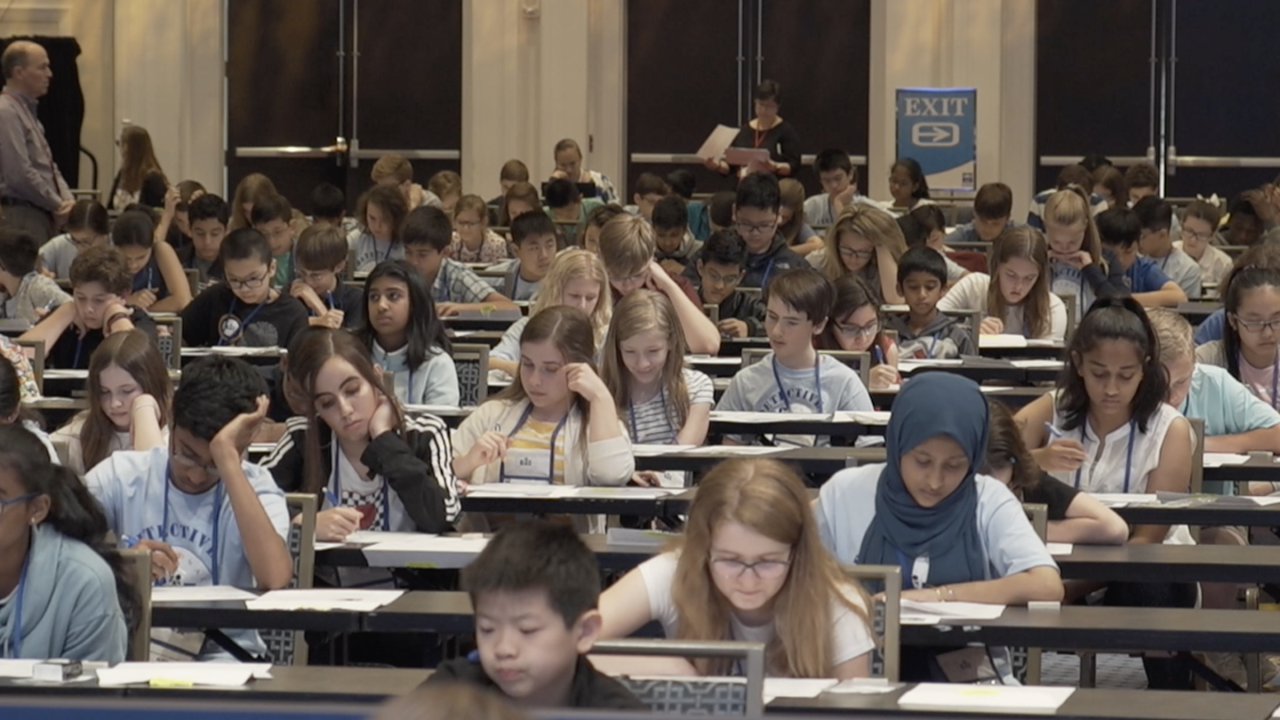 There was a mixture of excitement and nervousness Monday, as nearly 600 spellers kicked off the 2019 Scripps National Spelling Bee with a test.

The preliminary test is made up of 12 spelling words and 14 vocabulary words.

“I think it was fun, but also stressful in a way because it was difficult,” says speller Tommy Cherry of Florida.

Cherry says he’s happy with how he did. His friend, Arik Karim, feels the same.

“I think I learned a lot from it,” Karim, who is also from Florida, says.

The friends help each other study.

“There's just going to be a lot going on, so sometimes I think it's good to like take a break and, you know, just get to study,” says Karim.

The two met at last year’s Scripps National Spelling Bee, but they hadn’t seen each other since. They were able to connect at this year’s competition.

“I like socializing with a lot of people who I have a lot in common with,” Cherry says.

“I feel pretty confident, considering that, yes, we do have a list that we study from, and I think I'm well acquainted with the words that we receive,” Karim says.

The spellers will take the stage Tuesday for the second round of preliminaries. The spelling round combined with Monday’s test will determine who moves on in the competition.

See if you can pass Monday’s preliminary test by taking it here .