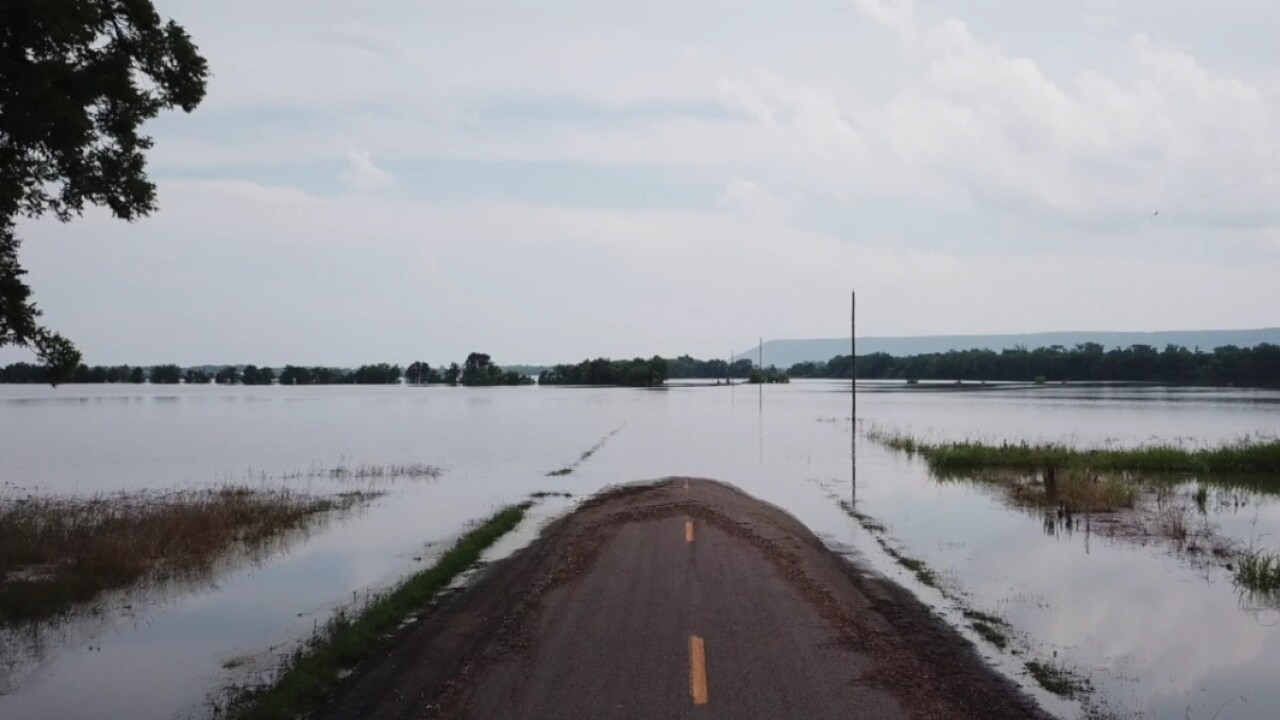 BLACKWELL, Arkansas — Farmers in Arkansas whose lands have been hit by major flooding are refusing to give up.

Robert Stobaugh says the place where his mother and father homesteaded in the 1950s no longer resembles a home. It’s part of thousands of acres of crops on land his family has cultivated for nearly 70 years that’s underwater.

Stobaugh estimated some spots to be 18-20 feet deep. He says he managed to get some of their farming machinery to higher ground.

They have about 15 rolling pieces of equipment, he said, pointing to the combines.

Under the water, crops are ruined: Corn that’s five-feet tall is not really recognizable.

“Eighty-five to 90-percent of the corn is ruined,” Stobaugh said. “Fifty percent of the rice is heavily compromised, if not ruined."

He said they have endured floods before, but nothing this bad.

It will be the toughest year his farming family has ever had.

Stobaugh says they haven’t turned a profit in five years, and things have been really tough.

Many in the region are feeling anger and frustration. But he says he feels blessed despite it all.

He has a new grandchild, and she inspires him to work hard and provide opportunities. Maybe one day, he says, the farm will be hers.

"Whatever is left, we're going to try to farm it. It’s what we do.”