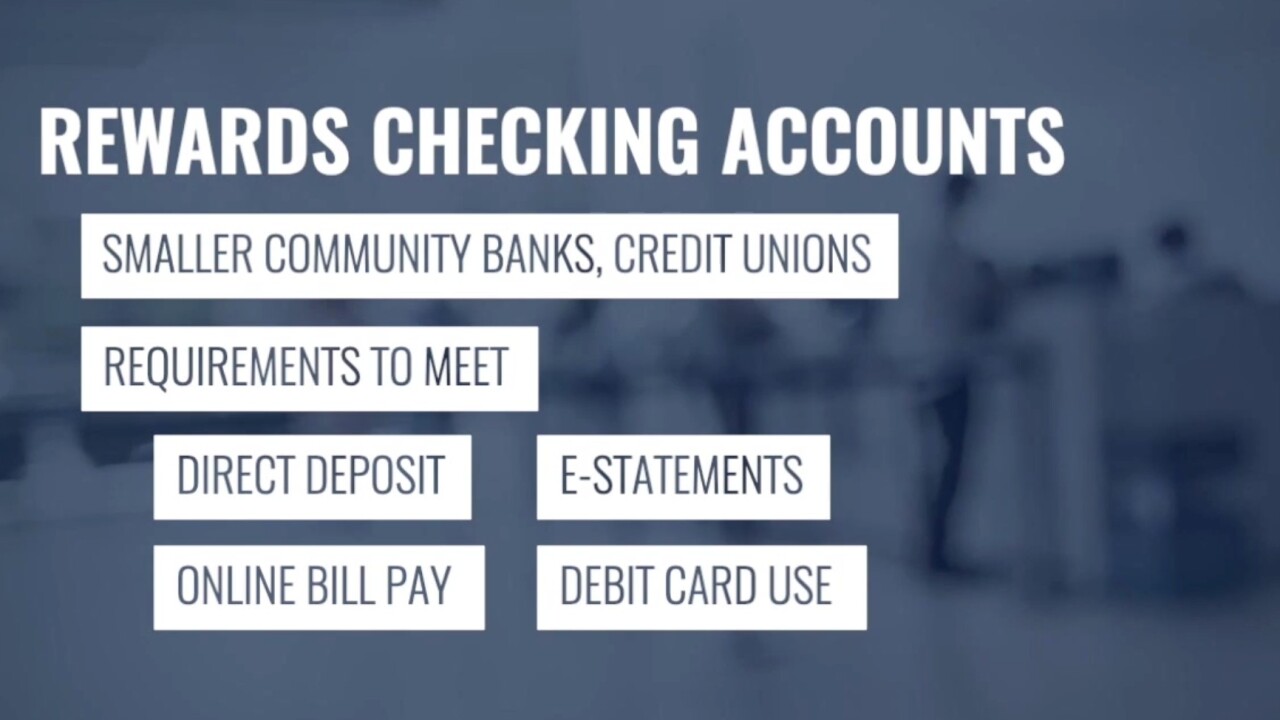 Americans are trying to form better financial habits in light of the recession, building emergency savings and paying down debt.

However, many are finding savings accounts are now returning next to nothing in interest. That's because of the Federal Reserve's decision to keep interest rates low.

Rates that were over 2.5% a year ago are down to under 1% now. But there are some other accounts that can get you a better return.

“Something known as a rewards checking account might be a better option,” said Greg McBride, Chief Financial Analyst at Bankrate.com. “These are accounts that typically pay higher yields, higher than even online savings accounts, you might find 1.5, 2, 2.5%, but you have to meet certain qualifications each month to earn that deal.”

Rewards checking accounts typically are offered by smaller community banks and credit unions. They usually come with monthly requirements though, like direct deposit, online bill pay, enrolling in e-statements, and using your debit card a certain amount of times. But those are things many people already use.

In terms of saving versus paying down debt now, experts say to save.

“That's really critical. No one knows what’s going to happen down the road in terms of jobs or income, so having some money put away will help you sleep at night,” said McBride.

Just to give you an idea, you could make $30 by saving around $1,000 a year at 3% interest rate, which a rewards account might pay.

That’s compared to just 60 cents in an average savings account, which only has about a .06% interest rate.