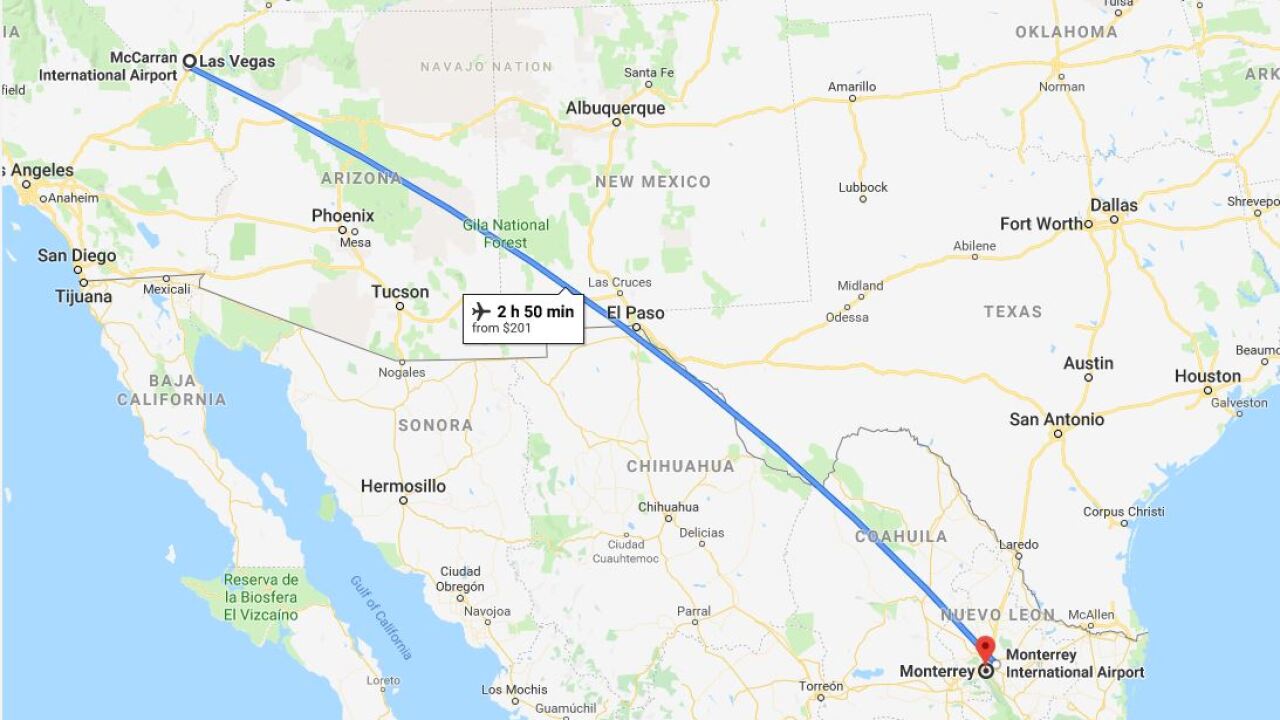 The wreckage of a missing private plane carrying 13 people has been found in a mountainous area in the northern state of Coahuila, the state's public security department said.

Mexican authorities have been searching for the private plane after it went missing Sunday on its way to Monterrey, Mexico, from the McCarran International Airport in Las Vegas, Coahuila Gov. Miguel Riquelme said.

A flight plan indicates that 10 passengers and three crew members were aboard, Mexican officials said. The condition of the six women and seven men remains unclear.

Riquelme said the aircraft lost contact after flying over Monclova, Mexico, a city about 111 miles northwest of Monterrey and nearly 114 miles southwest of the United States-Mexico border.

The aircraft's wreckage was located in a remote area near Ocampo, Coahuila, when authorities conducted an aerial survey.

Several law enforcement agencies were on their way to the crash scene Monday.

After leveling off at 37,000 feet, the plane started slightly gaining and losing altitude, according to flight tracking site FlightAware.com. When the plane later climbed to more than 40,000 feet, FlightAware was unable to continue tracking the flight.

The plane's location was last recorded at about 7:40 p.m. Eastern time.

A spokesperson with the Federal Aviation Administration said Monday the agency did not have any information about the flight and referred questions about incidents in Mexico's airspace to local authorities.

The aircraft was described as a Bombardier Challenger 600 series model, according to local media reports.