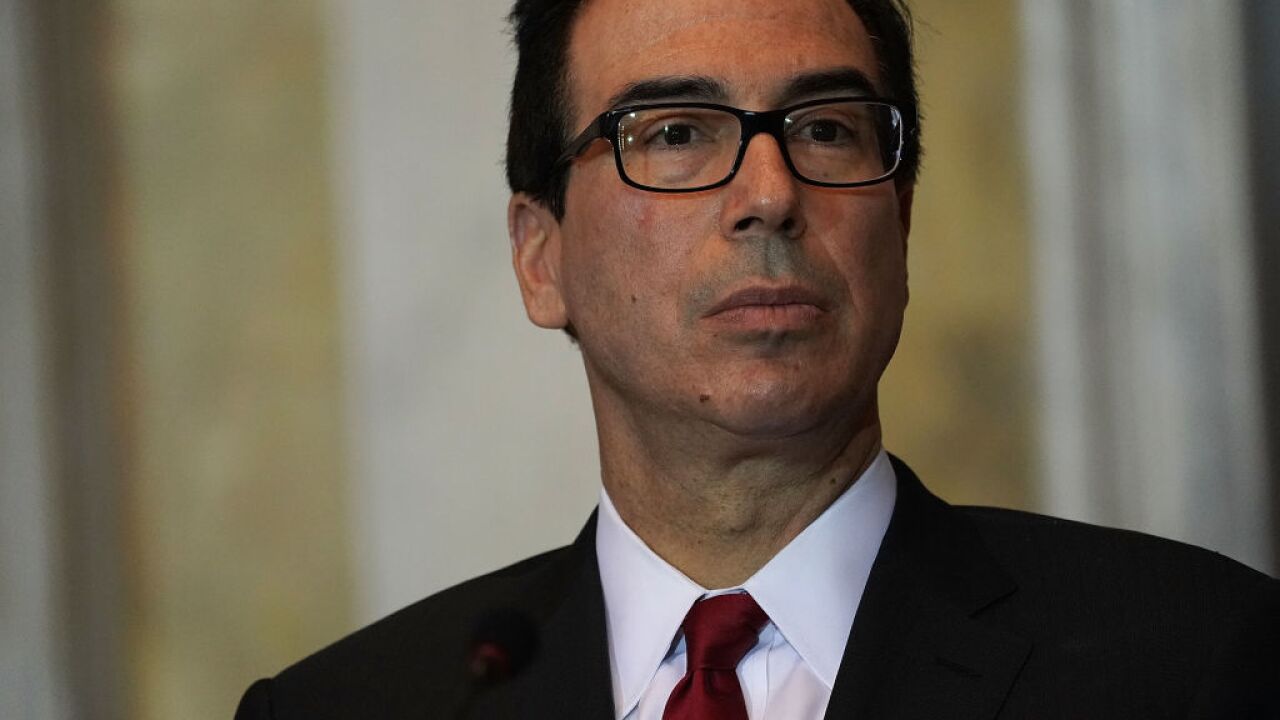 A draft confidential memo from the Internal Revenue Service last fall determined that tax returns must be surrendered to Congress unless the president opts to invoke executive privilege, The Washington Post reported.

The move comes as President Donald Trump steadfastly refuses to hand over his tax returns to the Democratic-led House Ways and Means Committee. Treasury Secretary Steve Mnuchin flouted a subpoena from committee Chairman Richard Neal for Trump's tax returns last Friday, arguing that he is "not authorized to disclose the requested returns and return information" for a request that "lacks a legitimate legislative purpose."

But according to the memo, turning over the tax documents to Congress "is mandatory, requiring the Secretary to disclose returns, and return information, requested by the tax-writing Chairs," the Post reported -- regardless of the professed reason for the request.

Current legislation "does not allow the Secretary to exercise discretion in disclosing the information provided the statutory conditions are met," the memo concludes, adding that "the Secretary's obligation to disclose return and return information would not be affected by the failure of a tax writing committee ... to state a reason for the request."

The "only basis the agency's refusal to comply with a committee's subpoena would be the invocation of the doctrine of executive privilege," the memo states, per the paper.

The IRS told the Post that the memo was drafted last fall by a lawyer at the Office of Chief Counsel and did not convey the agency's "official position." The agency also told the paper that IRS Commissioner Charles Rettig and chief counsel Michael Desmond were not aware of the memo until the Post requested comment, and that it was never shared with the Treasury.

The unsigned, 10-page document titled "Congressional Access to Returns and Return Information" is stamped "DRAFT" and makes no reference to Trump, according to the Post, which could not confirm who had written and viewed the memo.

Mnuchin has repeatedly refused to deliver the tax returns to Congress leading up to the subpoena pressure , arguing in his denial after consulting Department of Justice lawyers that the "unprecedented" request raised "serious constitutional questions."