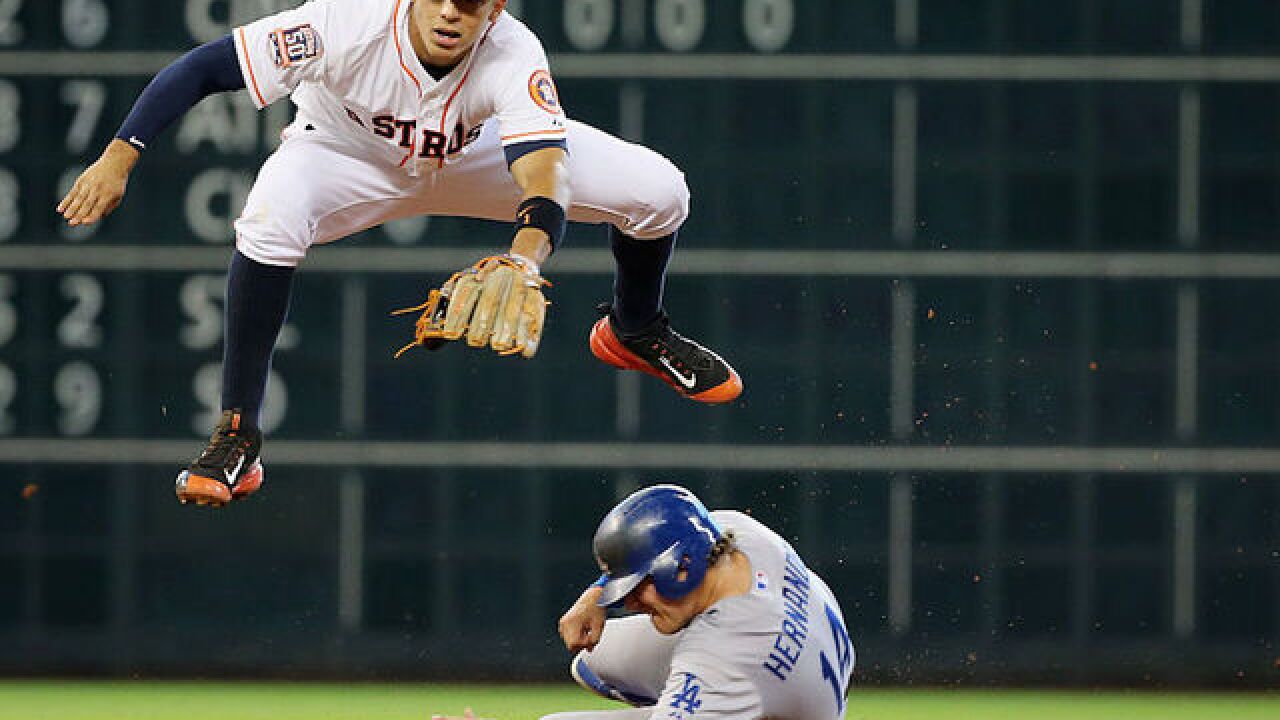 Copyright Getty Images
Scott Halleran
<p>Carlos Correa #1 of the Houston Astros makes a play on Enrique Hernandez #14 of the Los Angeles Dodgers at second base in the third inning during their game at Minute Maid Park on August 23, 2015 in Houston, Texas. </p>

Tonight's baseball battle of the Houston Astros and Los Angeles Dodgers may be the hottest World Series game ever played.

Temperatures are to reach 100 degrees by the time the teams start playing in Game 1, and the MLB says it would set a World Series record. That's abnormal for Los Angeles, which averages 77 degrees this time of year.

"There's never been a Fall Classic game with a temperature tracked at or above 95 degrees, with Game 1 of the 2001 World Series (Yankees at D-backs) coming in atop the list at 94 degrees. And yes, the roof was open," MLB.com says.