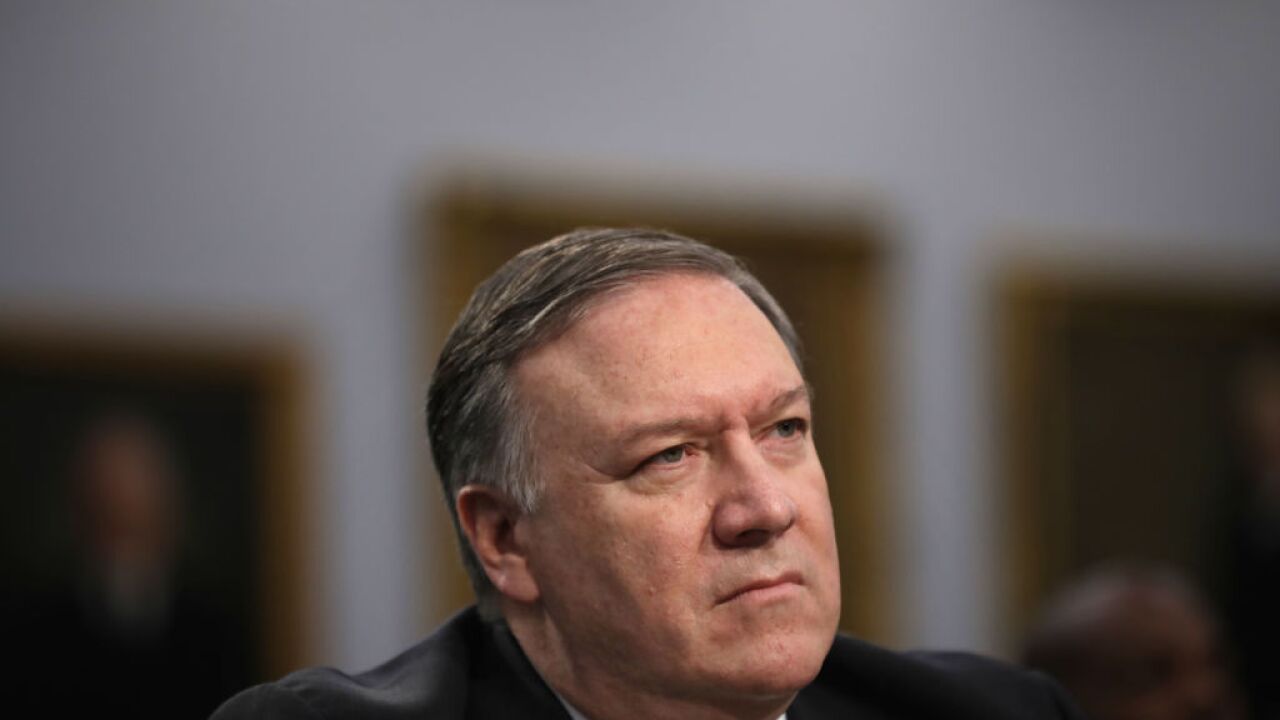 Secretary of State Mike Pompeo abruptly canceled a scheduled trip to Germany where he was planning to meet with Chancellor Angela Merkel "due to pressing issues," the State Department said early Tuesday.

No specific reason was given for the cancellation. The press pool traveling with Pompeo has not been told where they are going next, and have been warned they may not be able to report from the country they are going to until after they leave.

"Unfortunately, we must reschedule the Berlin meetings due to pressing issues. We look forward to rescheduling this important set of meetings. The Secretary looks forward to being in Berlin soon," State Department spokesperson Morgan Ortagus said, according to the press pool traveling with Pompeo.

The secretary, who was in the midst of an oversees trip, was due to meet Tuesday with Merkel and German Foreign Minister Heiko Maas about "issues of mutual concern," including Russia, China and Syria, according to the State Department.

The sudden schedule change comes two days after the Pentagon deployed a carrier and a bomber task force to the Middle East in order to send a message to Iran, which the Trump administration has recently been putting pressure on. Pompeo said Sunday night that the deployments have been in the works for "a little while" and that the US will "hold the Iranians accountable for attacks on American interests."

The cancellation also comes amid news that President Donald Trump, who is urging caution among senior advisers about potential US military intervention in Venezuela, is growing frustrated that some aides are openly teasing military action in the country, where a battle for power has recently intensified.

Last week, Pompeo told Fox News that "military action is possible. If that's what's required, that's what the United States will do."

On his trip, Pompeo was set to travel to London, Rovaniemi, Finland, and Nuuk, Greenland, in addition to the now-canceled stop in Berlin.