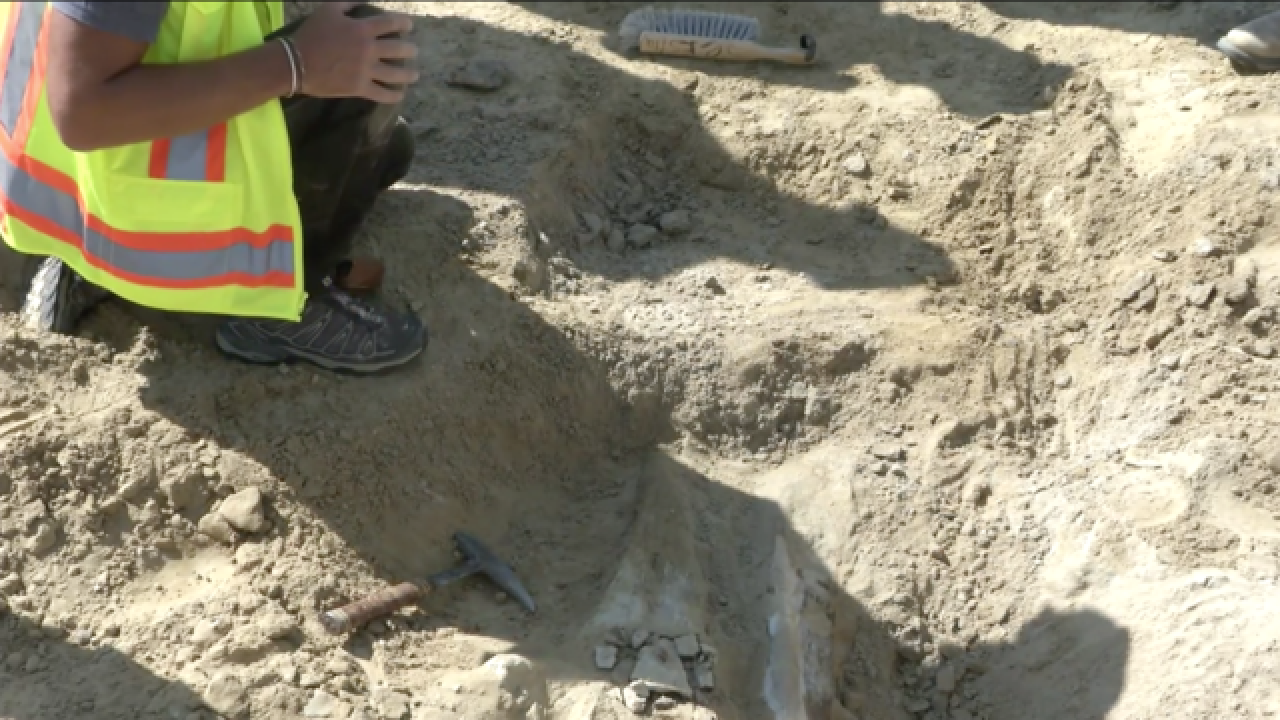 THORNTON, Colo. — Colorado was once a hotbed of dinosaur activity. Thousands of species utilized Colorado's ever-changing landscapes millions of years ago, and today, we continue to find their remains.

City of Thornton officials say they stumbled upon a rare find while breaking ground on a new fire and police substation.

According to Joe Sertich, curator of dinosaurs at the Denver Museum of Nature and Science, the find has been identified as a likely triceratops skull.

"Dinosaurs from the Denver area have been known for about 150 years, but most of Denver is covered by parking lots or houses, shopping malls, and so it's pretty unusual to get down to the original rock layers that Denver sits on," Sertich said. "And so whenever a construction site like this gets down to the right level, like it did here in Thornton, rocks that pre-date the extinction of dinosaurs, right before the dinosaurs go extinct, you have things like T-Rex and triceratops walking around the landscape, and so this construction site hit the right spot at the right time."

Experts working to unearth the fossil unscathed give credit to those who recognized the bones as a fossil and called for second opinion.

"This is probably one of only [four] skulls of triceratops found along the front range area," Sertich said.

It's not hard to find fascination with dinosaurs in Colorado, and it's not hard to find fossils, either. When building Coors Field, home of the Colorado Rockies, workers found a fossil, although it is unidentified. As such, the eventual mascot for the Rockies became Dinger, a purple triceratops.

According to those digging the Thornton site, the fossil was in the ground for 66 million years before being stumbled upon, and potentially almost lost.

Eventually, the Denver Museum hopes to display the fossil, which Sertich says could be a fairly complete skeleton.

It could take a significant amount of time to remove the fossil, which was discovered Friday and identified by experts on Monday.

Check out a gallery of shots from the dig thus far by tapping the photo below!