Pelosi, Schumer call for Mueller to publicly testify before Congress 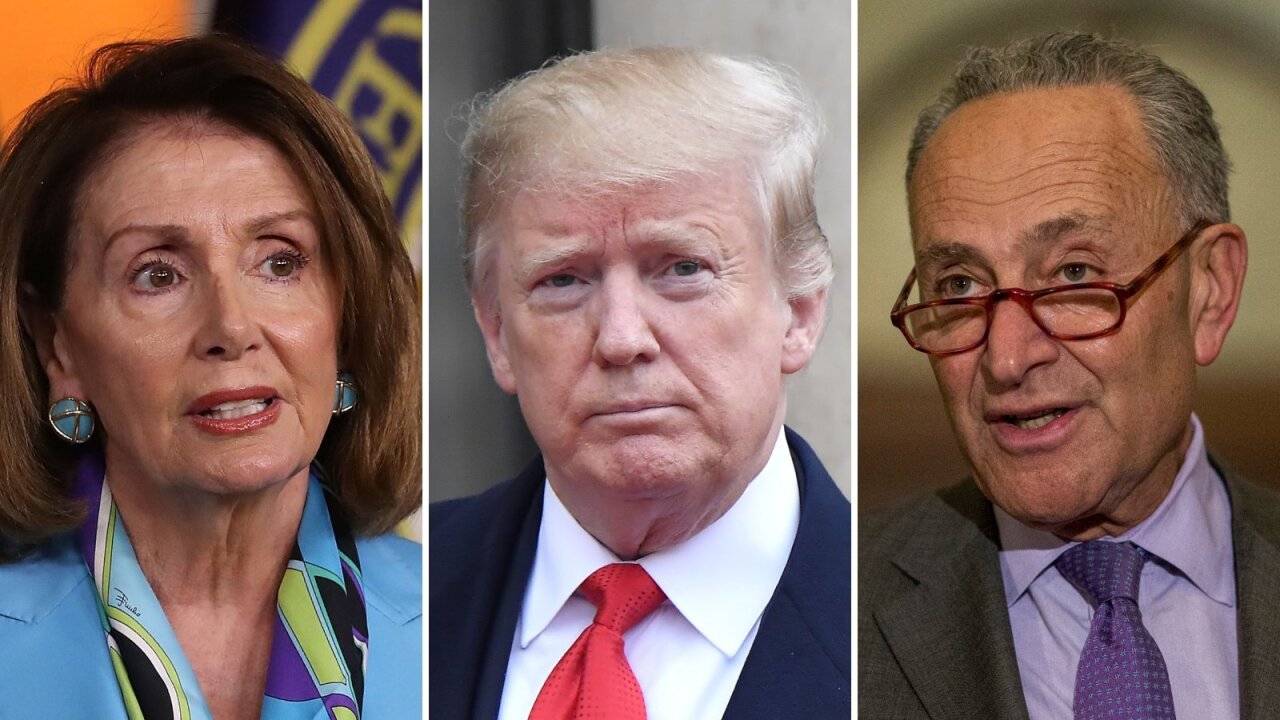 "Attorney General (Bill) Barr's regrettably partisan handling of the Mueller report, including his slanted March 24th summary letter, his irresponsible testimony before Congress last week, and his indefensible plan to spin the report in a press conference later this morning — hours before he allows the public or Congress to see it — have resulted in a crisis of confidence in his independence and impartiality," Pelosi and Schumer said in a statement Thursday morning.

Democrats have slammed what they say are orchestrated attempts by the Trump administration to control the narrative surrounding the report's release.

Barr is expected Thursday to release a redacted version of Mueller's report detailing the findings of the special counsel investigation. But before the report is first released to Congress, the attorney general will hold a press conference, and President Donald Trump has suggested he may hold a press conference of his own.

Congressional Democrats have already authorized a subpoena for the full, unredacted report and underlying evidence. Rep. Madeleine Dean, a Democratic member of the House Judiciary Committee, also said on CNN's "New Day" that she's "confident" the committee will subpoena Mueller and Barr, though the attorney general will testify next month before the Senate and House Judiciary Committees about the report.

The New York Times reported on Wednesday that there had been numerous conversations between the White House and the Justice Department ahead of the release of the Mueller report.

"With the Special Counsel's fact-gathering work concluded, it is now Congress' responsibility to assess the findings and evidence and proceed accordingly," the lawmakers said in a joint statement Wednesday.

After 22 months, Mueller concluded in March his probe into Russian election interference, as well as possible Trump campaign collusion with Moscow and obstruction of justice.

In a four-page summary of the report, Barr stated Mueller did not establish a criminal conspiracy between any Trump associates and the Russian government, and that Mueller did not exonerate Trump on obstruction of justice but left the decision to prosecute to Justice Department leaders, who did not see sufficient evidence.

Democrats have been particularly suspicious of Barr and Deputy Attorney General Rod Rosenstein's inference that there lacks sufficient evidence to prosecute such a case, especially in light of reports that some on Mueller's team have expressed to others frustration with Barr's characterization of the investigation in the four-page summary delivered to Congress last month.

Two versions of the redacted special counsel report will be released -- one for the general public and another, less redacted, version for a limited number of members of Congress, the Justice Department said .