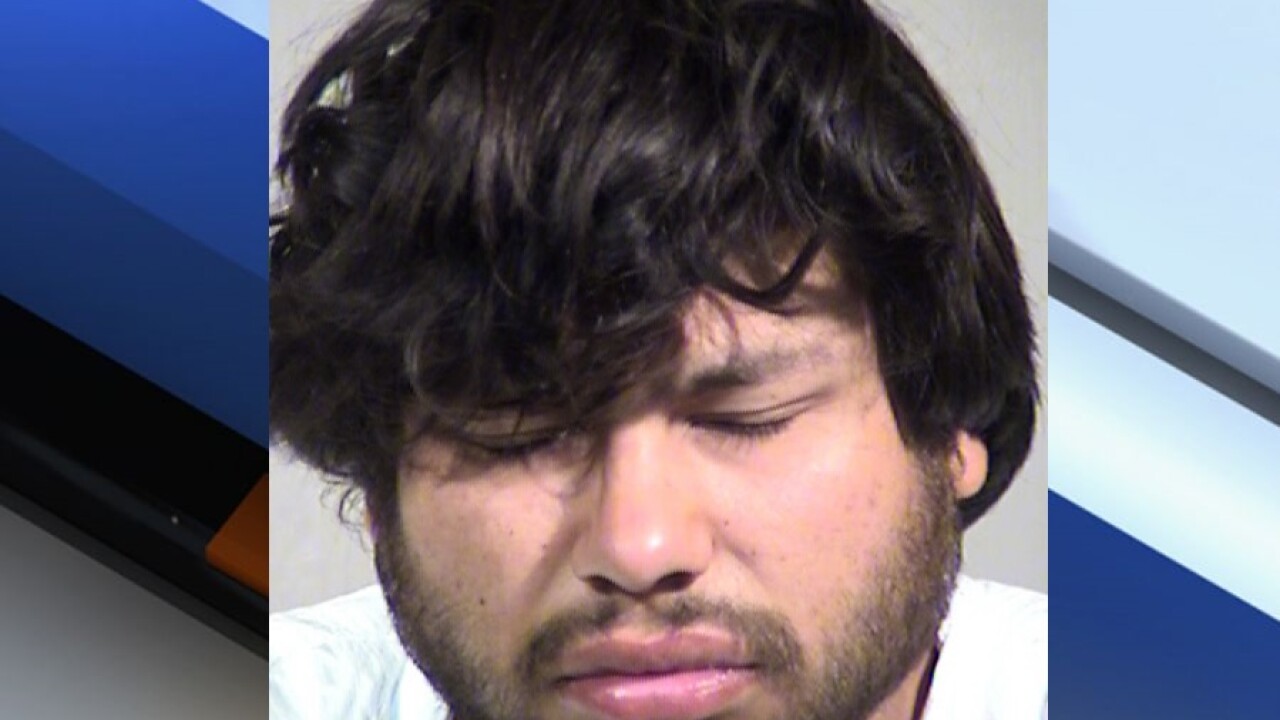 A Phoenix man was arrested after stabbing his father so many times, the knife broke, according to court records.

Phoenix police report that on Friday, March 1, they were called to a home in Phoenix after a witness observed mail collecting in a resident’s mailbox.

Police say he died from multiple stabs wounds to "multiple planes of his body."

It is believed Clemente died on February 22.

At the crime scene, police also allegedly found a broken knife blade and bloody footprints leading away from the victim’s body.

Family members reported to police that Clemente and his son, Erik Joseph Garcia, 25, owned a truck together and that the truck was missing.

A witness later reportedly gave police a social media video that shows Erik saying, "He deserved it. Everybody’s happy without him. I was done with him because I'm a man now. I'm free."

Upon his arrest, Erik reportedly told police that he was tired of being yelled at, and he stabbed Clemente in the chest, multiple times until the knife broke.

Police say shoes found in the bed of Erik's truck match the bloody footprints at the scene.

Erik Garcia is being held without bond for first-degree murder.