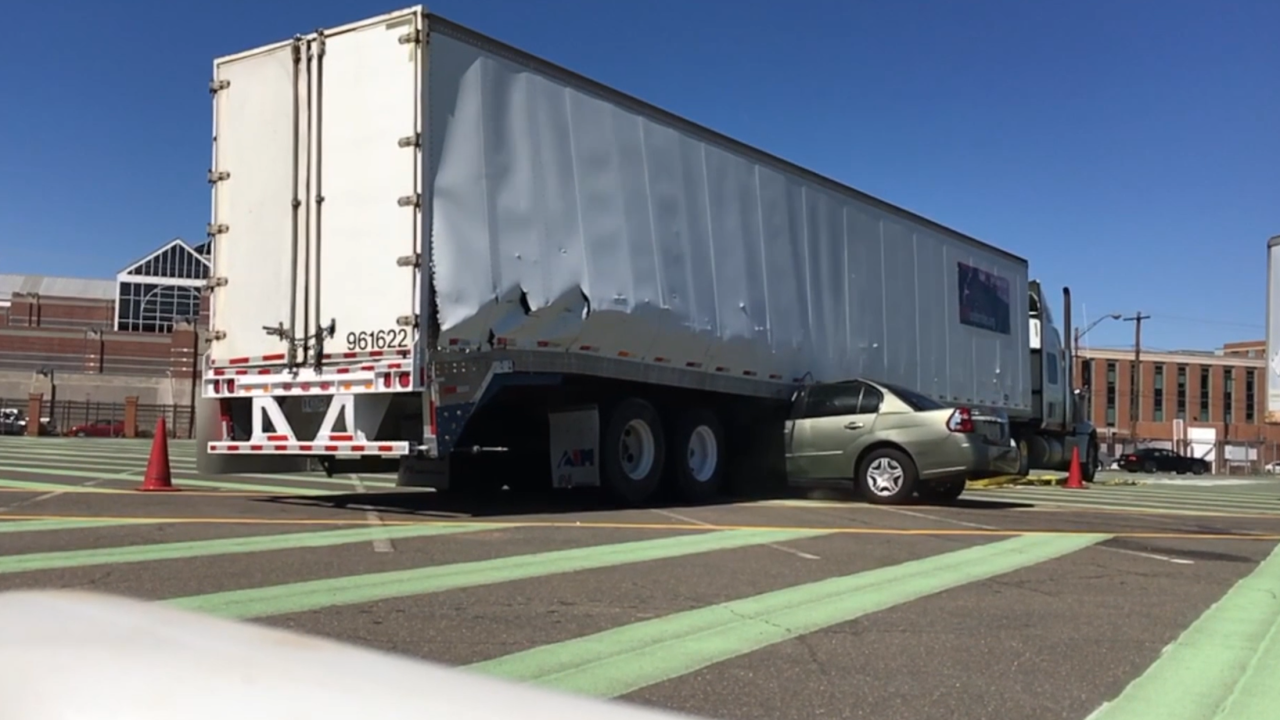 The pictures are horrific, and the stories behind the devastating crashes are heartbreaking.

In one accident, 17-year-old Annaleah and 13-year-old Mary died in the backseat of their car, after a truck hit them and pushed the car underneath a tractor-trailer. Their mother, Marianne Karth, is haunted by it.

“It's a very devastating crash. It's like the most devasting you can have,” Karth says.

Lois Durso also lost her 26-old-daughter, Roya, in one of these same types of crashes.

“Her hair was on the tires of the trailer, so we know it crushed her,” Durso recalls.

Eric Hein experienced a similar tragedy. His 16-year-old son, Riley, died on his way to marching band practice after getting trapped underneath a tractor-trailer truck.

“He went underneath the trailer,” Hein recalls. “His car got dragged for half a mile until it was engulfed in flames, and the fire killed him.”

Tragedy brought all three parents together. Now, perseverance pushes them forward as they take steps to prevent these types of crashes.

Karth and Durso organized a crash test in Washington, D.C. just weeks after members of Congress reintroduced the Stop Underrides Act, which would update and strengthen safety laws, including requiring tractor trailers to have guards on the sides to help prevent cars from ending up underneath them.

“Seeing is believing, and for them to witness with their own eyes and own ears and to have it be something they see,” Karth says of their crash test. “Crash into the side of the trailer with a side guard and without to see the life and death difference.”

Past legislation has stalled, but the parents hope this dramatic demonstration will be enough to get Congress to take action.

Tests have shown when installed properly, guards can make a difference and keep cars from sliding underneath trailers.

“It's not the crash that kills, it's the underride,” explains Durso. “If you can prevent the underride, there's a chance the vehicle occupants will survive.”

Groups representing the trucking industry have concerns about the cost and say the guards add extra weight and can impact how tractor trailers can maneuver.

However, parents say those concerns will not slow down their effort and they remain driven to save lives.

“I lost my son. I don't want somebody else to go through this tragedy. These are preventable deaths,” says Hein.