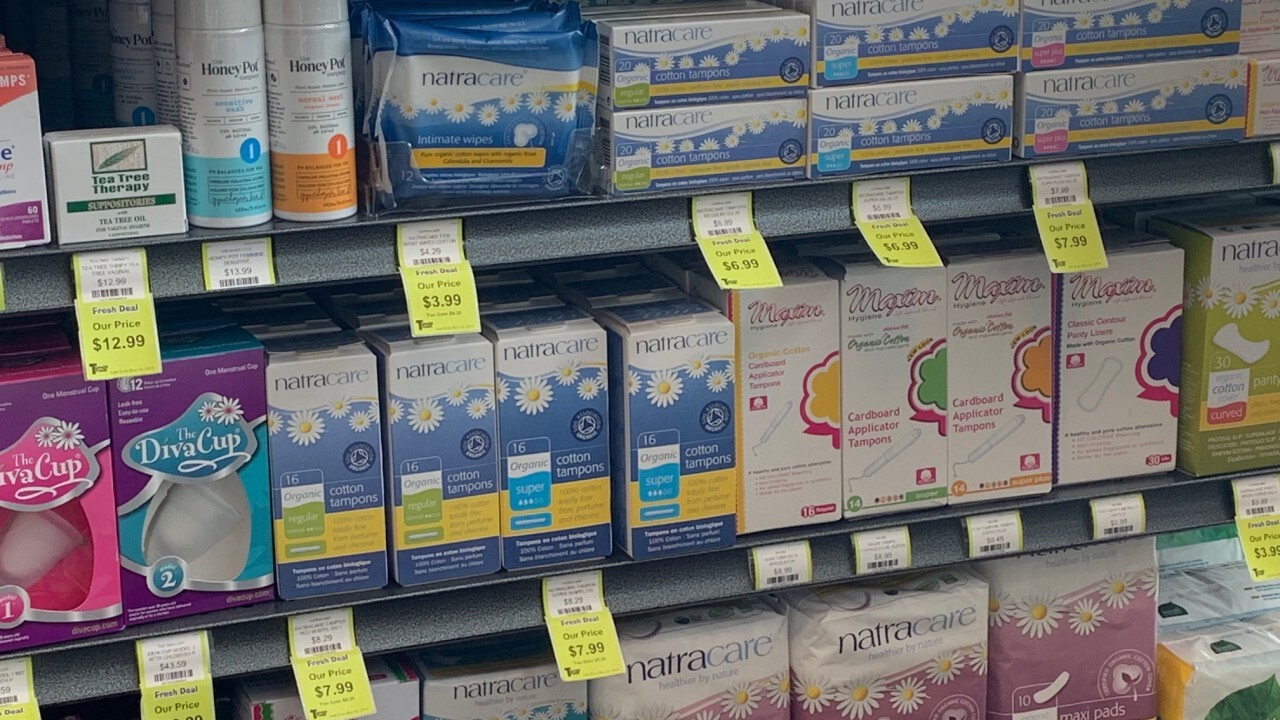 It seems like a new organic tampon company is breaking into the market every day.

As far as medical research goes, there's mixed reviews on whether buying organic tampons, pads, and other hygiene products is the right thing to do. However, that hasn't stopped a lot of people from going organic anyways.

Customer Jasmin Rosil said, "There is a huge movement for positive period conversation."

Rosil is a buyer for the Turnip Truck, and she feels strongly that organic tampons are better.

"There has been a wide awareness of things like fiberglass in cotton tampons and pads which would otherwise aggravate the vaginal wall, it would actually make your period symptoms worse."

Obviously companies dispute those findings, so we reached out to the medical experts at the Obstetrics & Gynecology office here in Nashville. They said they're excited that women now have more options, but so far, there's no medical research to say one way or the other if organic is better for your body.

The trend, though, is still running strong.

Rosil said after she began using the organic products, her cramps have lessened, and she feels better.

"A lot of the time we found that an organic options are just going to be a clean, simple, cotton product."

While more research needs to be done, it's certainly a trend that's gained a lot of traction in the past few years.