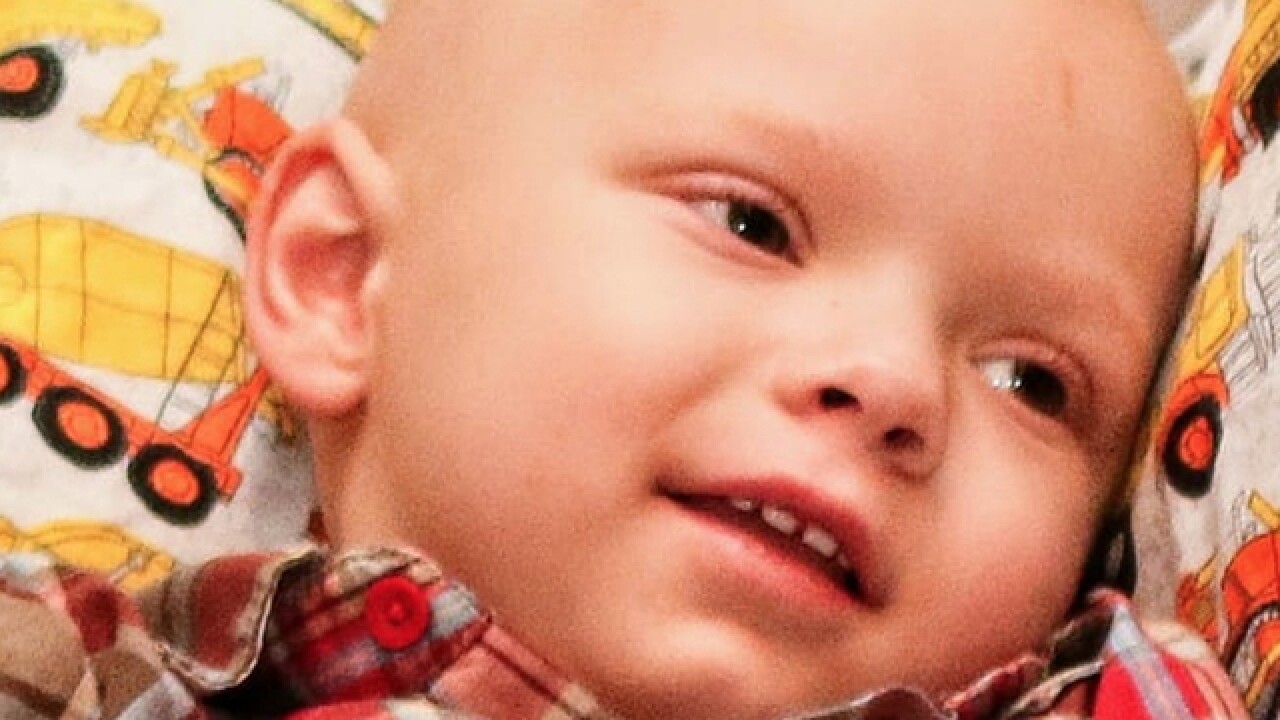 Copyright 2018 Scripps Media, Inc. All rights reserved. This material may not be published, broadcast, rewritten, or redistributed.
<p>Brody Allen of Colerain Twp., Ohio is 2 years old and dying because of terminal brain cancer.</p>

There's tinsel around town in the Cincinnati area as Ohioans have rallied to celebrate an early Christmas so that a little boy may enjoy it too.

The Colerain Twp., Ohio family of 2-year-old Brody Allen, who has terminal brain cancer, was told by oncologists he won't make it much longer. They said they always do Christmas big, and they wanted to celebrate it with him, so decorations went up — including inflatables near his home.

Vandals have deflated those decorations, but they are patched up and the celebration continues throughout the area, with a holiday parade set to take place at 1 p.m. Saturday, Sept. 23.

Family friends and neighbors have united as Team Brody, with everyone decorating their homes and donating money to the family with a GoFundMe fundraiser in place while Brody's father, Todd Allen, is on leave from work.

This week, a radio station in Cincinnati played Christmas music for Brody and the Allen family — prompting some locals unaware of Brody's illness and love of Christmas to wonder why.

Despite doctors' predictions, the Allens don't really know how much time they have left with Brody. Whether it's another week or another month, they want to make sure they give him the most joyful, loving life possible.

Doctors at Children's Hospital diagnosed him with the cancer, which Allen said only 300 other people have ever been known to have. They treated him for 98 days but eventually told the family they had reached the end of their ability to help. Brody's four tumors had become five, and he likely had fewer than three months left to spend with the people who loved him.

"He has no idea how sick he is," Todd Allen wrote in a Facebook post. "He doesn't care. He just wants to have fun and enjoy every minute."