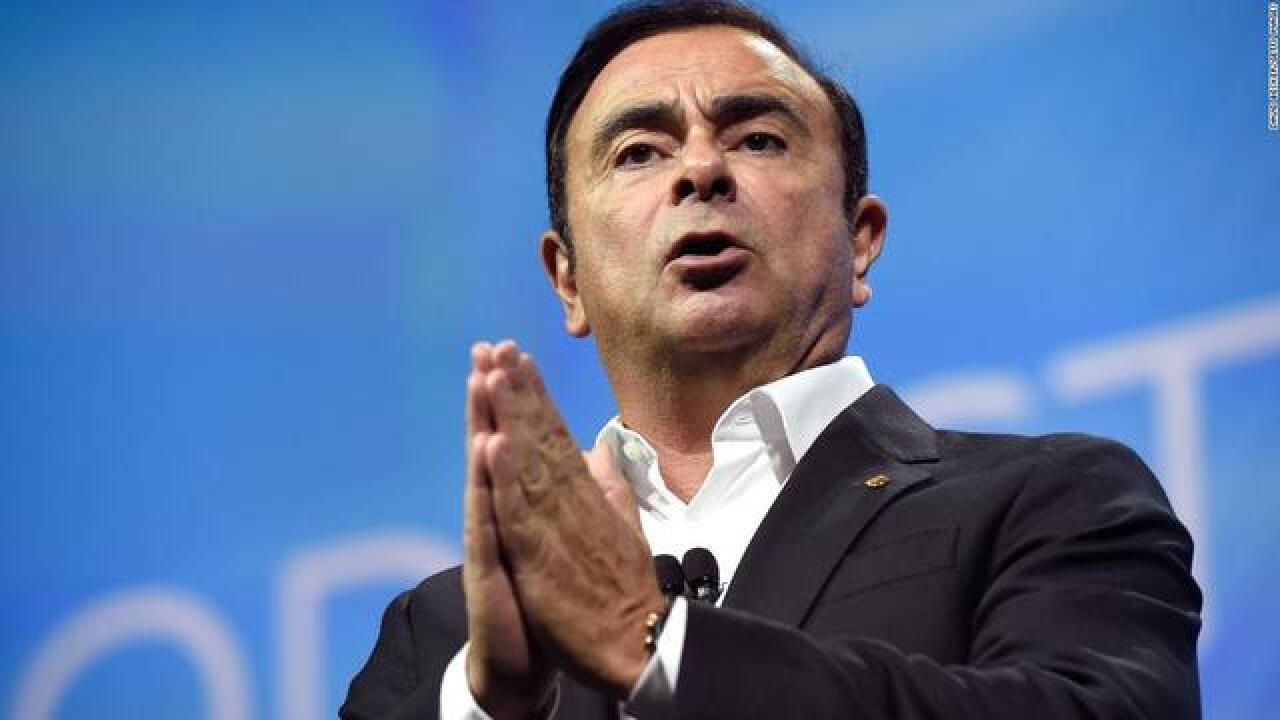 Nissan is preparing to oust its chairman, Carlos Ghosn, after announcing the discovery of "significant acts of misconduct" over many years by him and another top executive.

"Nissan has been providing information to the Japanese Public Prosecutors Office and has been fully cooperating with their investigation," the Japanese carmaker said in a statement. "We will continue to do so."

It said an investigation found that Ghosn and another board member had been under-reporting Ghosn's compensation.

"Numerous other significant acts of misconduct have been uncovered, such as personal use of company assets," Nissan (NSANY) added.

CEO Hiroto Saikawa will propose to Nissan's board of directors to "promptly remove Ghosn from his positions as chairman and representative director," the company said.

Shares in French automaker Renault (RNSDF), of which Ghosn is CEO, plunged as much as 13% in Paris. Nissan's announcement came after the close of trading in its shares in Tokyo.

Ghosn is one of the global auto industry's top executives. As well running Renault and Nissan, he is chairman of Mitsubishi Motors (MMTOF).

Under Ghosn, the three car companies together form an alliance that rivals Volkswagen (VKLAF) and Toyota (TM) in terms of vehicle sales.