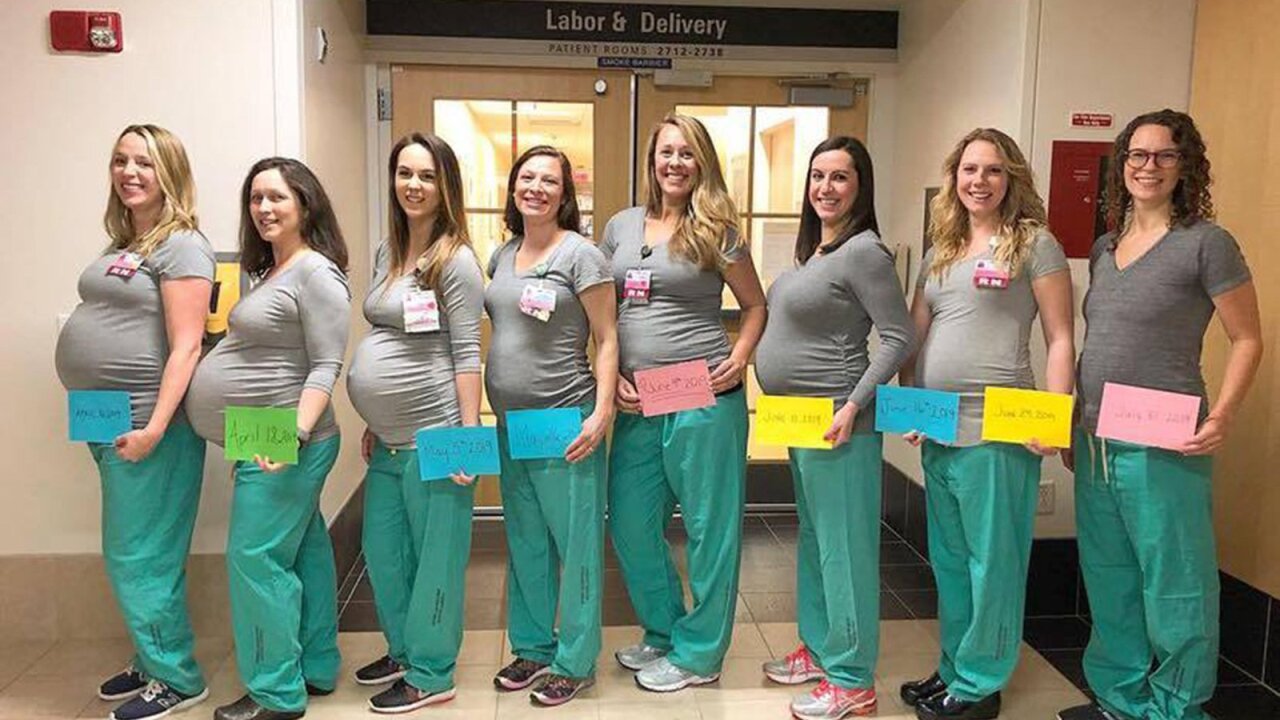 A baby boom is coming to the labor and delivery unit of a Maine hospital, where nine of its nurses will give birth to their babies around the same time.

The labor and delivery nurses at Maine Medical Center in Portland are all due between April and July.

"After each one of us started to say, 'We're pregnant,' I think it was a happier kind of announcement each time, and we're all there for each other," nurse Erin Grenier told CNN affiliate WMTW .

The hospital announced its baby boom Monday on social media and congratulated the mothers. Eight of them were featured in a picture showing their baby bumps.

The hospital responded to some people's concerns regarding having enough staff in the summer, commenting "Don't worry! We have a plan."

The nurses have supported each other from the beginning and will continue to do so until they all give birth, according to WMTW.

"It is really nice coming to work and seeing other people who are just as pregnant watching their bellies pop and just talking about these experiences that we are going through together," nurse Amanda Spear told WMTW.