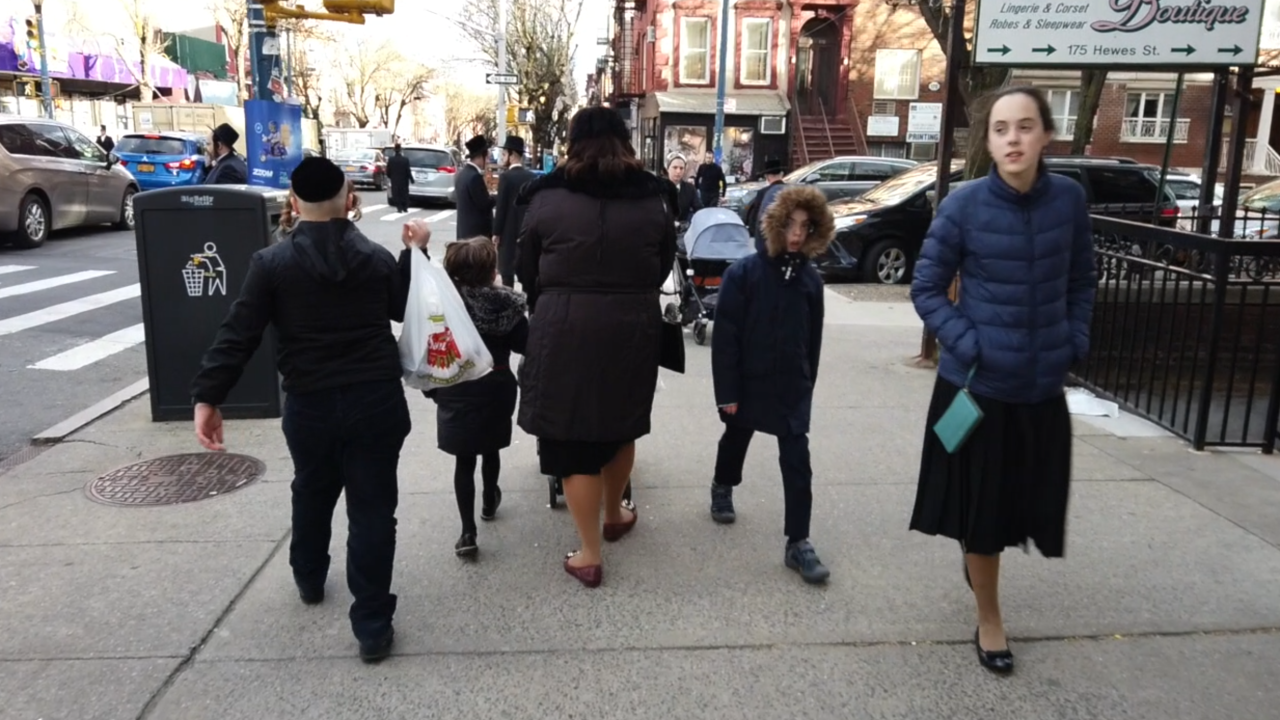 New York City is facing a measles crisis, and it's centered in close-knit ultra-Orthodox Jewish communities.

There are more ultra-Orthodox Jews in a few neighborhoods in Brooklyn than anywhere in the world outside of Israel.

This week, the CDC reports of the now more than 555 measles cases nationwide, 285 have been diagnosed in New York.

But why has this particular community been hit so hard? Experts point to a booklet made to look like a legitimate medical journal as just one reason.

“It’s full of crap,” Yosef Rapaport, a Yiddish-language journalist based in Brooklyn with JP News, says of the booklet.

Rapaport was so enraged by the myths he read in the book, which targeted people of the Jewish faith, that he devoted an entire issue of his publication to the scientific proven benefits of vaccines.

“We wanted to express our strong opposition to the anti-vaxxers and how they’re destroying the good reputation of this [Jewish] community,” Rapaport says.

The 40-page pamphlet is being pushed by an organization known as PEACH, which stands for Parents Educating and Advocating for Children’s Health.

In addition to the booklet, they also hold spontaneous conference calls that they announce on their Twitter page. The group did not return our messages.

“[The pamphlet] was tailored to this community,” says Dr. Sean O’Leary, a spokesperson for the American Academy of Pediatrics and infectious disease specialist at Children’s Hospital Colorado. “So, it focused on [the sacred Jewish book] the Torah and sort of playing on people’s religious beliefs to make them feel like they shouldn’t get their children vaccinated.”

O’Leary says there’s nothing that makes this particular community more susceptible, aside from than the fact that its people are densely populated into small areas and remain very insular.

“They’re a tight-knit community that has more contact with each other than they do with the outside world,” O’Leary says.

And that means the disease, as well as misinformation, can spread quickly. A fact Rapaport can attest to.

“Yeah, well this is how people vote, eat, buy stuff; it’s word of mouth,” Rapaport says. “So, if you’re sister-in-law tells you, ‘Oh, I know someone’s kid got autism,’ who are you gonna believe? The doctor or your sister-in-law?”

One woman, who was initially skeptical to speak to us, citing her religion, eventually told us that she had in fact heard that vaccines cause autism—a widely debunked and disputed myth—and chose not to vaccinate her kids. Her son recently came down with measles.

“Part of our religion is you have to watch your health, and I want to do what’s best for my child’s health,” says the woman, who wishes not to disclose her name. “And now that he’s had measles, he’s done with it for life.”
But health officials warn that’s not the right way to look at it and stress that measles can very easily be life-threatening.

Rachel Hirsch is a mother who spoke to us openly about the fact that she does vaccinate her kids, and she believes more people need to be aware of the false information being spread.

“Our religion requires us to protect our health and be pro-active and to vaccinate,” Hirsch says.

It’s a message Rapaport hopes to spread, one issue at a time.

“They must vaccinate,” Rapaport stresses.