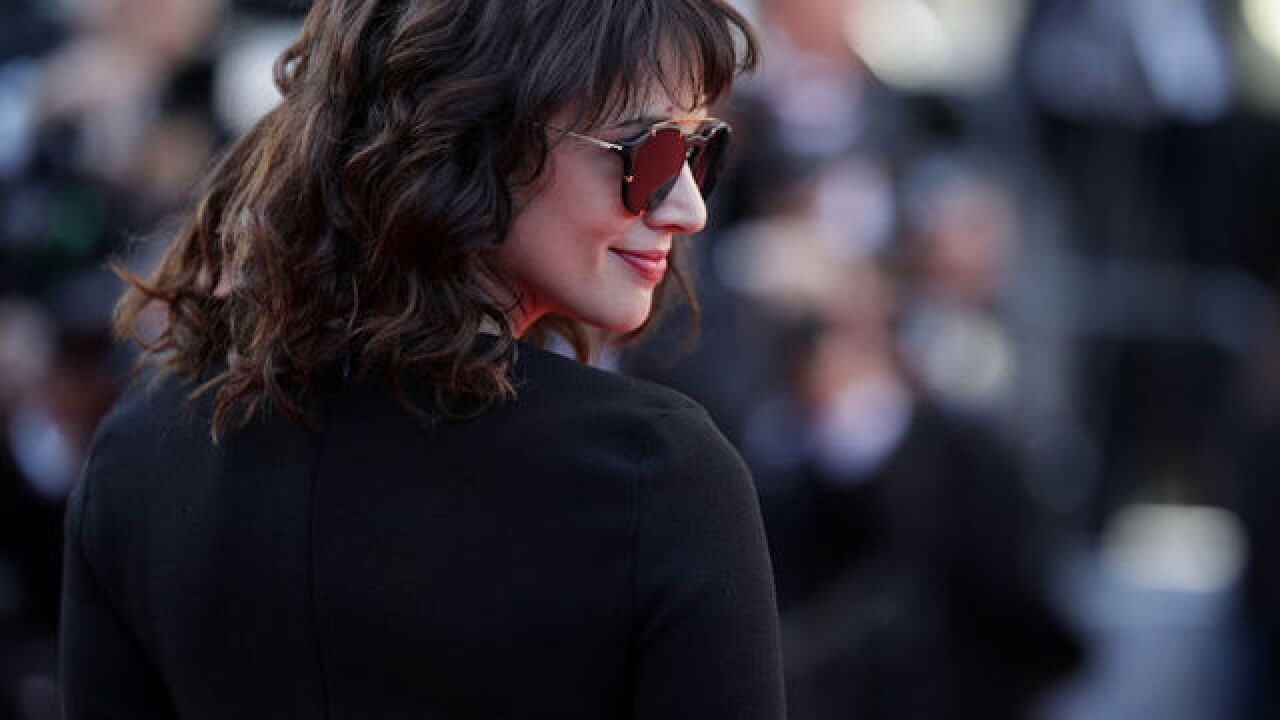 Image copyright 2018 Getty Images. All rights reserved. This material may not be published, broadcast, rewritten, or redistributed.
Andreas Rentz
<p>Asia Argento attends the Closing Ceremony & screening of "The Man Who Killed Don Quixote" during the 71st annual Cannes Film Festival at Palais des Festivals on May 19, 2018 in Cannes, France.</p>

Actress and filmmaker Asia Argento has found herself on the other side of the #MeToo conversation.

The New York Times reported Sunday that months after publicly accusing Harvey Weinstein of rape, Argento made a deal with a young actor who accused her of sexual assault.

Argento was among the first women to accuse now disgraced movie mogul Weinstein of sexual misconduct and has been a leading figure in the #MeToo movement.

The New York Times says it has lawyers' documents showing that actor and musician Jimmy Bennett alleged Argento sexually assaulted him in 2013 when he was 17 and she was 37.

According to the publication Bennett said the assault took place at a hotel in California, where the age of consent is 18. Bennett played Argento's son in the 2004 movie "The Heart Is Deceitful Above All Things."

The Times reported they received the documents "through encrypted email by an unidentified party," and that they included "a selfie dated May 9, 2013, of the two lying in bed."

"As part of the agreement, Mr. Bennett, who is now 22, gave the photograph and its copyright to Ms. Argento, now 42," the story said. "Three people familiar with the case said the documents were authentic."

Bennett reportedly asked Argento for $3.5 million in damages, a month after she spoke out about Weinstein last October and that Argento later arranged to pay Bennett $380,000.

The first installment was made in April 2018, the New York Times said.

The publication said it had been attempting to reach Argento for comment since last Thursday with no success. It said a woman in the office of her lawyer, Carrie Goldberg, said the attorney would not be available for comment.

Bennett would not agree to be interviewed by the New York Times. His attorney Gordon K. Sattro sent an email to the publication. "In the coming days," Sattro wrote, "Jimmy will continue doing what he has been doing over the past months and years, focusing on his music."

CNN has also reached out to Goldberg and Sattro as well as other reps for Argento and Bennett for comment.

The charges stem from allegations from three women, according to court documents.

Weinstein has denied all allegations of "nonconsensual sexual activity," and he's remained free after posting $1 million bail in cash.

The charges against Weinstein came nine months after The New Yorker and The New York Times published accounts from several women accusing him of various forms of sexual misconduct.

Argento was one of the women whose story was shared in The New Yorker piece. None of the charges currently against Weinstein stem from Argento's accusations.

Last October she confirmed her account to CNN and said of the many allegations against Weinstein "This is our truth."

Argento gave a speech at the Cannes Film Festival in May during which she alleged she was raped by Weinstein in 1997 when she was 21.

"This festival was his hunting ground," Argento said in her speech.

Argento was the girlfriend of Anthony Bourdain who took his own life in June at the age of 61.

Bourdain and Argento met while in Rome filming an episode of his CNN show, "Parts Unknown," and he was one of her most ardent supporters after she went public with her allegations against Weinstein.

"I stand unhesitatingly and unwaveringly with the women," Bourdain wrote in December 2017. "Not out of virtue, or integrity, or high moral outrage -- as much as I'd like to say so -- but because late in life, I met one extraordinary woman with a particularly awful story to tell, who introduced me to other extraordinary women with equally awful stories."

Actress Rose McGowan, who was closely aligned with Argento as a fellow Weinstein accuser, tweeted about the New York Times report Monday.

"I got to know Asia Argento ten months ago," McGowan tweeted. "Our commonality is the shared pain of being assaulted by Harvey Weinstein. My heart is broken. I will continue my work on behalf of victims everywhere."