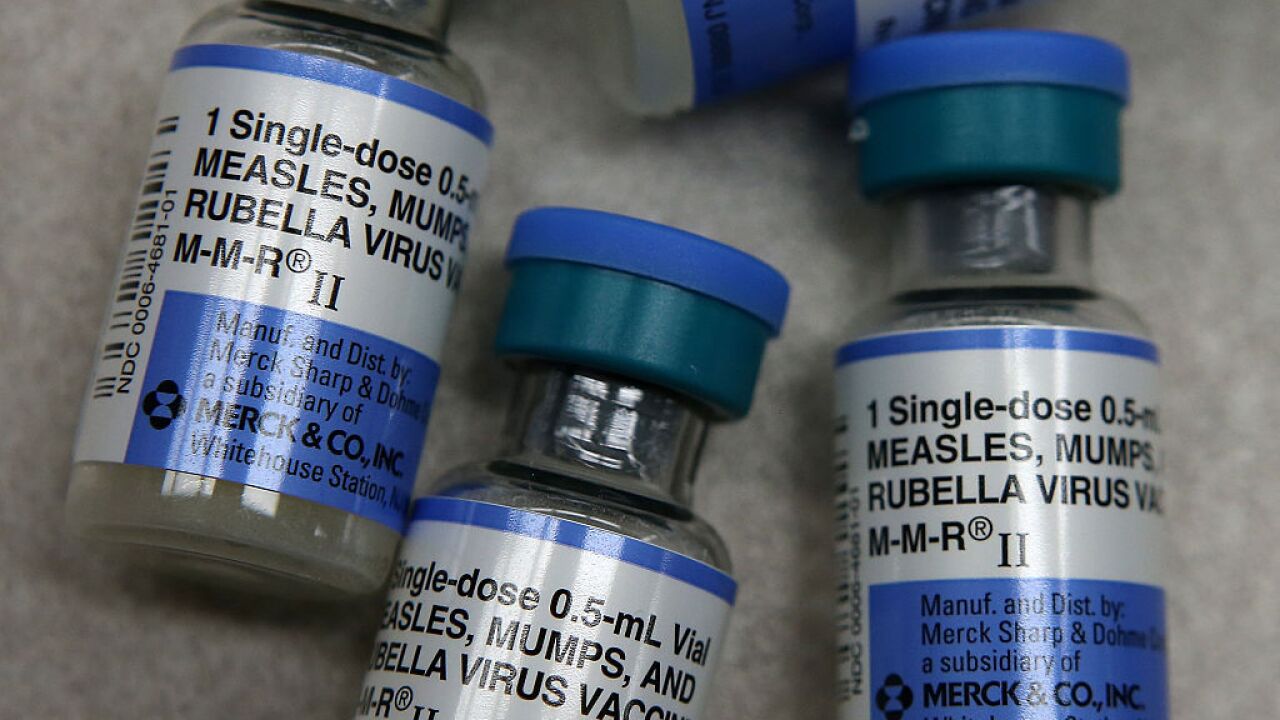 Unvaccinated people under age 18 are banned from public places in Rockland County, New York, as of midnight Wednesday, according to John Lyon, director of strategic communications for County Executive Ed Day.

Day will announce the order Tuesday.

The declaration is an effort to contain an outbreak of measles that began in October; 153 cases have been confirmed in the county.

"We're not punishing the people who are doing the right thing already and following the rules. We just want to encourage everyone to do the right thing so we can stop this outbreak," Lyon said. The step is "extremely unusual. [We] don't believe it's been done anywhere in the country before."

Measles is a highly contagious virus that is prevented with the measles, mumps and rubella vaccine. The US Centers for Disease Control and Prevention recommends that the two-dose vaccine be given at 12 to 15 months of age and the second between age 4 and 6.

This is the 26th week -- the sixth month -- of the outbreak in Rockland County, according to Lyon, who said it has been the longest outbreak in the United States since before measles was declared eliminated in 2000.

Public places include synagogues, churches, schools, restaurants, stores and public buses. Children who are current with the vaccine schedule but not fully vaccinated against measles because they are not old enough are exempt from the order.

The order does not apply to people who are older than 18 because "we did not want to prevent anyone from going to work," but unvaccinated adults are also encouraged to get vaccinated.

It will be enforced the same way any law is enforced, according to Lyon: During the investigation into when and where an infected individual was exposed, those who are identified as unvaccinated and people in public places will be referred to the district attorney's office.

"The goal is not to prosecute people. We don't want to fine people. We want to encourage people to get vaccinated," he said.

Nearly 17,000 vaccinations have been administered in the county during the outbreak.

But Lyon said residents are becoming fatigued, are not returning calls from the health department and are declining to speak with health investigators who visit in person. "We need people to help protect everyone in the community," Lyon said.

The outbreak has mainly been isolated in a couple of communities within Rockland County, which is just north of New York City, but the whole community is at risk, he said, noting that there have been complications among patients, including a premature labor and a handful of hospitalizations.

"Every new confirmed case is a roll of the dice that we'll see more complications. There's a lot that can go wrong with any case."

New York City has also been dealing with this measles outbreak, with 181 cases reported since October, according to the city Department of Health. The outbreak began when an unvaccinated resident became infected while visiting Israel and returned with the disease. It has mostly affected observant Jewish neighborhoods. Statewide, there have been at least 345 cases of measles reported since October.

This year, 314 cases have been reported nationwide, according to the CDC.