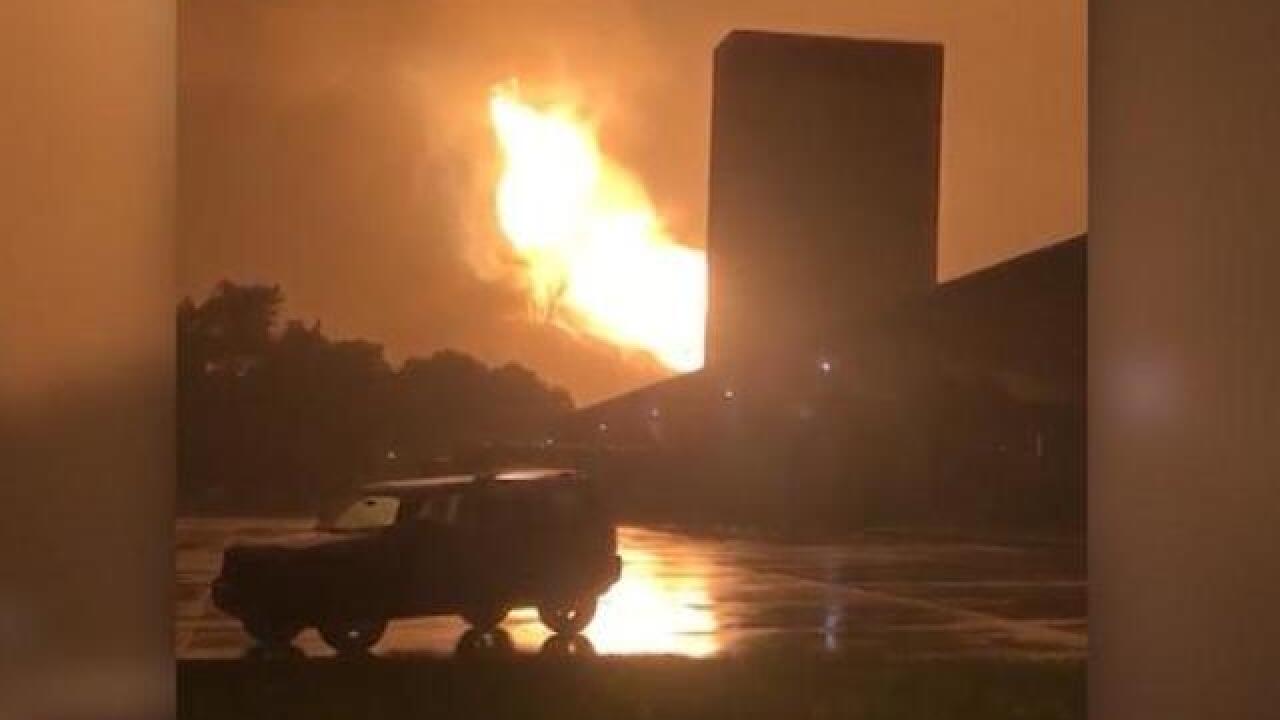 Dozens of people were evacuated early Monday after a natural gas line explosion in a small western Pennsylvania community.

There were no injuries as a result of the blast shortly before 5 a.m. ET in Center Township in Beaver County, police Chief Barry Kramer said. However, he said, "The main goal was to evacuate."

Dramatic video of a subsequent fire was widely shared on social media, with footage of the flames lighting up the sky.

"The entire sky was orange," resident Chelsea Guthrie told CNN. "The flames were coming up about 10 or 15 feet above the tree line."

The utility company had shut off the line by 5:52 a.m., Kramer said, allowing first responders to get a closer look. "There was damage to a house, garage and vehicles," he said.

The Dallas-based Energy Transfer, the owner and operator of the line, told CNN a monitoring system triggered the closing of valves to isolate the line, allowing the fire to extinguish itself by about 7 a.m.

"All of the appropriate regulatory notifications have been made," a statement from the utility company said. "We do not know the cause of the incident at this time, however, a thorough investigation will be conducted."

A reverse 911 system was used to call and evacuate people in up to 30 homes as a precaution. Some evacuated residents had to seek temporary shelter in a nearby fire hall and were cared for by the American Red Cross.

Police reported that schools in the area have been closed for the day. Authorities said residents will be safe to return their homes as soon as Energy Transfer gives the all-clear.

Center Township, a community of around 12,000 people, is about 25 miles northwest of Pittsburgh.