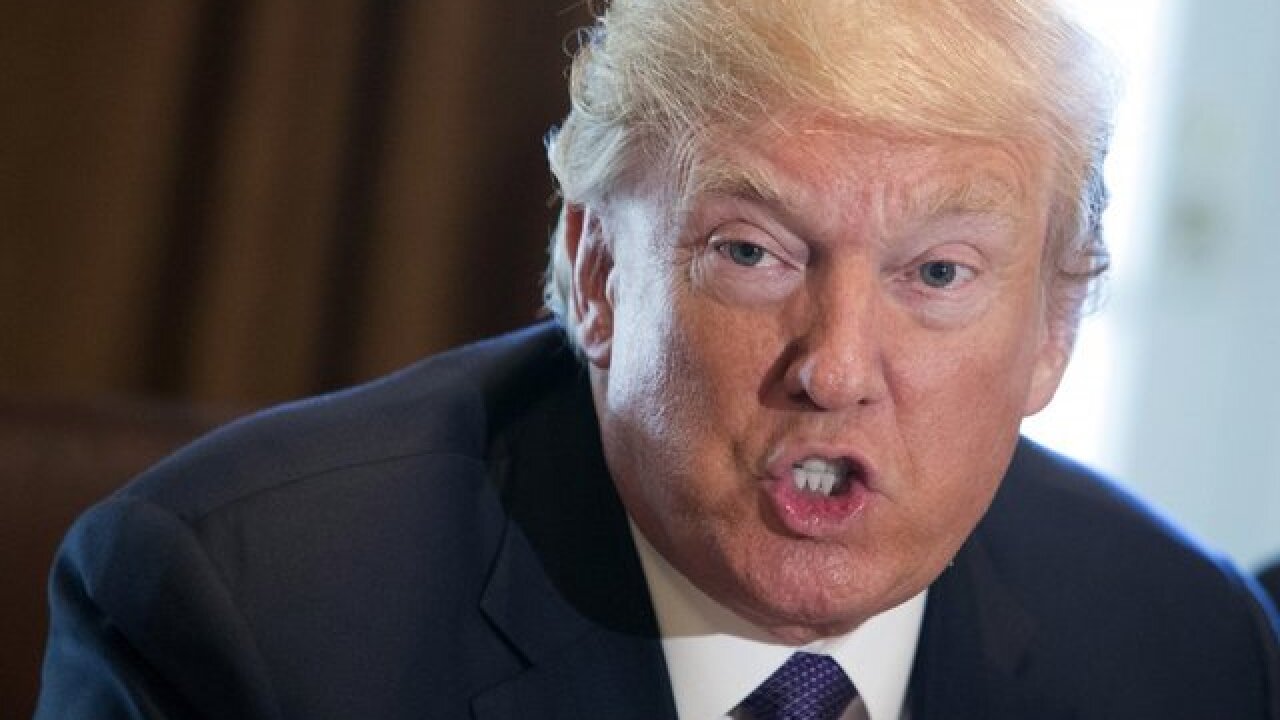 Special counsel Robert Mueller's team has so far discussed with President Donald Trump's lawyers four main topics they want to talk about with the President.

According to two sources, the areas that the special counsel investigators have indicated they want to pursue with Trump are the President's role in crafting a statement abroad Air Force One that miscast Donald Trump Jr.'s campaign June 2016 meeting with Russians in Trump Tower, the circumstances surrounding that Trump Tower meeting as well as the firings of FBI Director James Comey and national security adviser Michael Flynn.

One of the sources said the bulk of the topics conveyed surround the President's actions with the Comey and Flynn firings.

The topics are not the extent of Mueller's interest, but, based on discussions between the two sides, they represent significant areas of focus so far for a Trump interview.

CNN previously reported that after presenting some topics weeks ago, Mueller's team got more granular in a face-to-face meeting. The two sides are still discussing a potential interview and other topics include Attorney General Jeff Sessions' involvement in Comey's firing as well as the President's knowledge of Flynn's phone calls with the Russian ambassador.

A source familiar with the matter says the President's legal team has created dozens of potential questions Mueller's team could ask in an interview based off the topics that have been conveyed verbally. Both sides could come to terms on whether there will be a sit-down interview in the coming weeks, according to a source familiar with the matter.

The focus on Trump himself in Mueller's pursuits has alarmed and angered the President, who adhered to a legal strategy of holding back set by his attorney John Dowd and White House special counsel Ty Cobb, who have said for months the investigation was likely to conclude soon. On Twitter Wednesday, the President pointed to Alan Dershowitz, the Harvard Law professor, who questioned the appointment of a special counsel.

The President called the investigation a "witch hunt" earlier in the week.

As the investigation seems to be intensifying, the President, according to multiple sources, is convinced he needs to take the reins of his own legal strategy. His recent pushes include the hiring of attorney Joe diGenova and overtures made to other lawyers like former Solicitor General Ted Olson, who declined to take a job this week.

A source familiar with the matter said the legal team could add more lawyers as they enter "the next phase" of deciding what to do about a potential interview between Mueller's team and the President.

Trump also continues to speak regularly with Marc Kasowitz, his longtime lawyer who stepped back from leading the team months ago but remains involved.

Kasowitz has long recommended that Trump take a more aggressive posture toward the Mueller investigation. That strategy was on the backburner as Dowd and Cobb worked with Mueller. Now that has all changed, as the President has reverted to his initial strategy to attack. An experienced cable news commentator, diGenova shares the President's view that the FBI and the Department of Justice have waged a corrupt battle against him.

Trump's shift to managing his own legal strategy has distressed some of his lawyers. While current attorney Jay Sekulow and diGenova are friendly, lead attorney Dowd was blindsided and insulted by the President's change -- and privately threatened to quit, according to two sources.

If Dowd were to leave, the other attorneys worry the change could spell disaster in their ongoing negotiation with Mueller about the President testifying. Dowd has been the main point of contact with the special counsel's team throughout the investigation. One source dismissed questions about Dowd's departure, saying that Dowd makes such threats from time to time.

White House deputy press secretary Raj Shah said during an interview on Fox News Tuesday morning that there will be "no changes to the White House legal team."

"We will not comment about conversations with lawyers with whom we have or have not had conversations," Sekulow said Tuesday.

Trump has had trouble finding lawyers to represent him since Mueller's investigation started.

Part of the hang-up for many lawyers in Washington has been the perception that the President is a politically unpopular and difficult client, one who doesn't always take the advice of his attorneys, according to multiple sources familiar with conversations with Washington attorneys.

Over the weekend and Monday, Trump shouted on Twitter about the "WITCH HUNT" he perceives from Mueller. The White House was forced to declare it would not fire Mueller, even after Dowd said in an interview on Saturday that the special counsel's investigation should end. According to two sources, Trump encouraged Dowd to speak out.

The President's lawyers would not be surprised if Cobb left his post, since he has essentially completed his tasks of providing witnesses for interviews and documents to Mueller, sources said. But Cobb has made it known that he would like to stay through the President's interview, if there is one.

Yet Mueller's federal grand jury in Washington continues to meet weekly or more often to review evidence and hear testimony, and has even welcomed at least two witnesses in past weeks, former Trump campaign adviser Sam Nunberg and foreign policy expert George Nader, who attended meetings between foreign officials and Trump's advisers during the campaign and presidential transition.