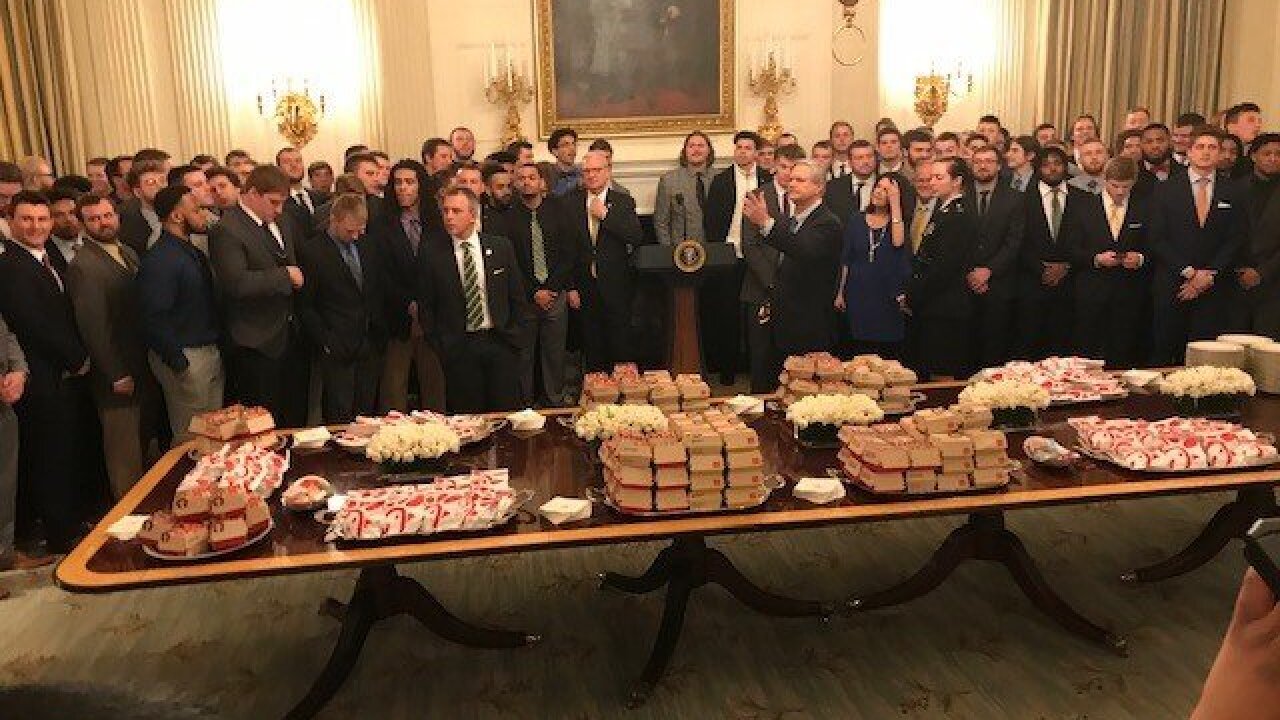 The champion North Dakota State Bison football team was in town, and McDonald's and Chick-Fil-A were on the lunch menu.

"We could've had chefs, we could have, but we had fast food -- because I know you people," President Donald Trump said to laughter.

He referenced the chicken sandwiches set before the podium.

Earlier this year, the President personally paid for a fast food spread for the Clemson University football team , citing the government shutdown as justification for a feast he described at the time as "great American food."

"Because the Democrats refuse to negotiate on border security, much of the residence staff at the White House is furloughed -- so the President is personally paying for the event to be catered with some of everyone's favorite fast foods," White House deputy press secretary Hogan Gidley said in January.

But on Monday, Trump, who has a well-publicized penchant for the Golden Arches, suggested the decision was aimed at supporting American business.

Trump encouraged the team to "go and eat up," noting that he would have a sandwich at the podium himself, but it would cause "too big a stir" with the reporters present.