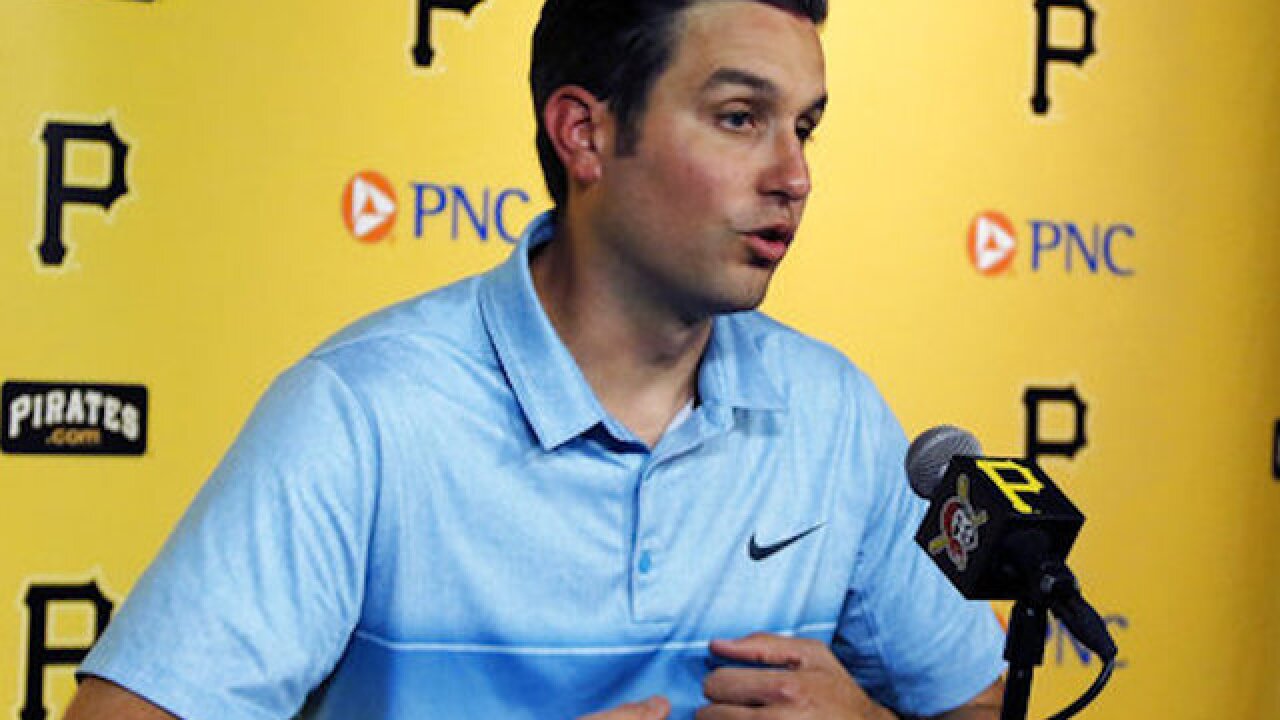 Copyright Associated Press
Gene J. Puskar
<p>Major League umpire John Tumpane explains how he got his arms around a woman who was attempting to jump of the Roberto Clemente Bridge, adjacent to PNC Park before a baseball game between the Pittsburgh Pirates and the Tampa Bay Rays in Pittsburgh, Wednesday, June 28, 2017. (AP Photo/Gene J. Puskar)</p>

PITTSBURGH (AP) — John Tumpane can't explain why he approached the woman as she hopped over the railing of the Roberto Clemente Bridge on Wednesday afternoon.

The woman told Tumpane she just wanted to get a better view of the Allegheny River below. The look on her face and the tone of her voice suggested otherwise to Tumpane, a major league baseball umpire in town to work the series between the Pittsburgh Pirates and the Tampa Bay Rays.

So the 34-year-old Tumpane reached for the woman even as she urged him to let her go.

"It was just pure instinct," Tumpane said . "You hear kind of stories of this all the time, different scenarios, people aiding and situation where I was lucky enough to be there to help and try to think of everything I could do, hanging on to her. At times she wanted to go the other way. I was like, 'not on my watch, please.' We were just hanging on."

And saving a life.

Tumpane secured one of her arms. A bystander walked up and grabbed the other while another — Mike Weinman, an employee for the Rays — clutched her legs and pinned them to the railing while Tumpane mouthed to someone in the crowd to call 911.

What followed were chaotic moments of panic, fear and ultimately, grace.

"I couldn't tell you how long we were waiting for everyone else to get in place," Tumpane said. 'Obviously another power comes into be when you're hanging on and you know what the alternative is of you letting go and not having other people to help you."

Tumpane, Weinman and the third volunteer clung to the unidentified woman until emergency responders arrived. A police boat raced up the river to the iconic yellow bridge named for the Pirates Hall of Famer who died on Dec. 31, 1972, when a plane making humanitarian deliveries to earthquake victims in Nicaragua crashed. Now, 45 years later a crowd thrust together by fate brought a complete stranger back from the brink. Together.

"Once they were able to secure her, we were able to talk her back to help us out and we got her back on this side," Tumpane said. "After that I went up to her, she said, 'You'll just forget me after this' and I said, 'No, I'll never forget you.' This was an unbelievable day and I'm glad to say she can have another day with us and I'm glad I was in the right place at the right time."

Tumpane, who grew up in the Chicago suburbs, got into umpiring as a teenager, made his major-league debut in 2012 and received his full-time MLB commission in 2016, stressed he's no hero.

"I just happened to be there," he said. "I think I've been a caring person in my life. I saw somebody in need, and it looked like a situation to obviously insert myself and help out."

The aftermath was a bit surreal. After the woman was taken away, Tumpane called his wife, his arms still shaking.

"Not too many times you call your wife and say you helped save somebody's life," he said. "A really special moment."

One that stayed with him even as he prepared to call balls and strikes behind home plate Wednesday night. During breaks in the action his eyes would drift to the bridge just a few hundred feet behind the center field wall at PNC Park.

"It's also hard when you stand back behind home plate and look and you see the bridge in the distance, In between innings and whatnot, just thinking of how things could have maybe been," he said. "Glad it was this way."

Tumpane has no experience in crisis management or suicide prevention. He's spent 16 years living the nomadic life of an umpire. Asked what was going through his head while he tried to coax the woman back to safety, Tumpane just shrugged his shoulders. How do you explain the unexplainable?

"I happened to be in the right spot at the right time," he said. "Tried to be as comforting as I could and talk her through it. Thankfully that was the outcome."