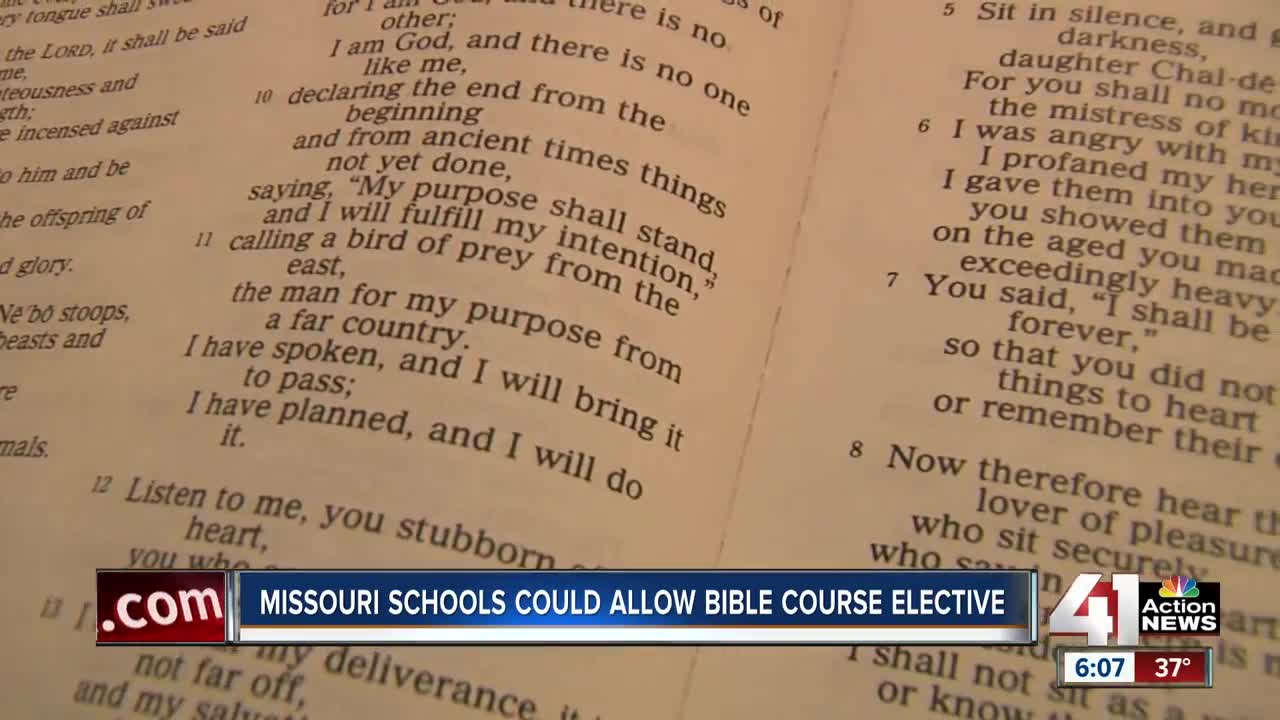 A bill passed by the Missouri House would allow school districts to offer the Bible as an elective class. 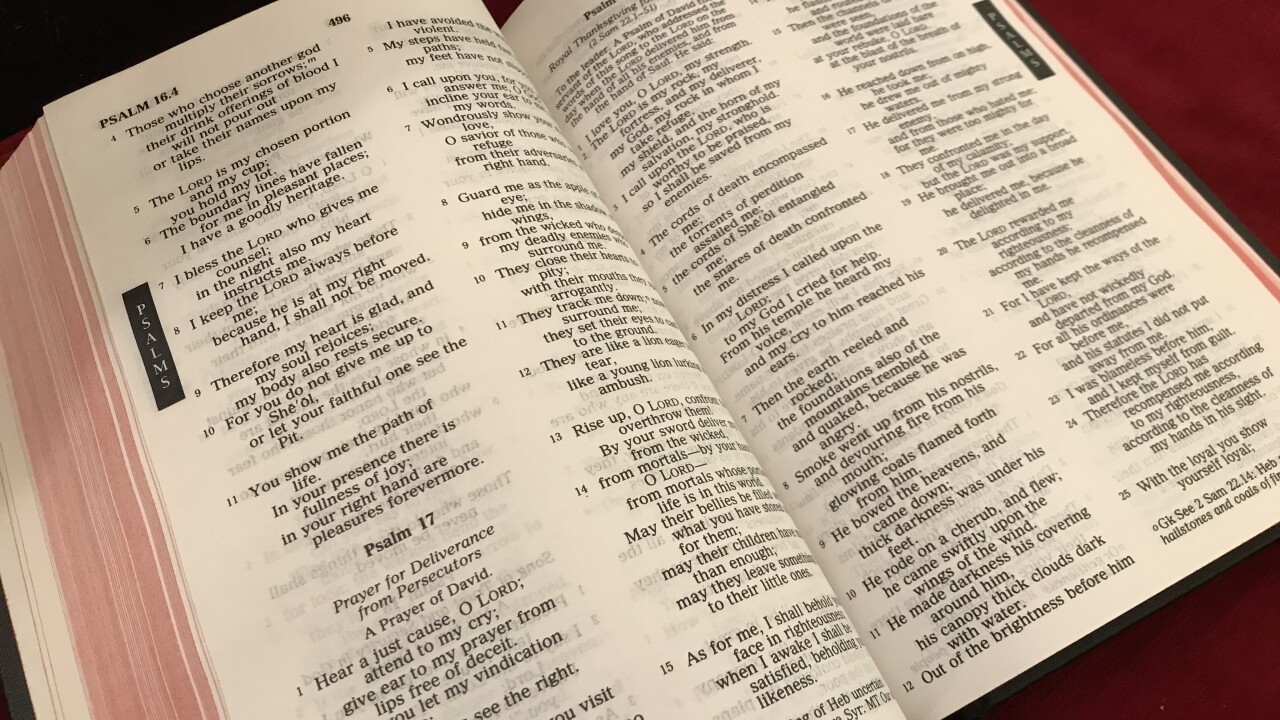 KANSAS CITY, Mo. — A bill passed by the Missouri House would allow school districts to offer Bible study as an elective class.

The bill, HB 267, would allow schools to teach the Bible from a historic perspective. The Bible history class could then be offered as an elective class at public high schools.

The bill passed the House and is now in the state Senate. The lawmaker who proposed the law, Rep. Ben Baker (R-Neosho), is from southwest Missouri and works for a religious-affiliated college.

If approved by the Senate and governor, a social studies teacher would teach the course. It would be up to individual school districts to offer the class as an elective.

The current law allows for books like the Bible to be used as a reference in the classroom. This proposal would make the class solely about the Bible.

“I think it is a really bad idea,” said Chase Peeples, the pastor at Kansas City United Church of Christ. “If it is my kid, who is teaching about the Bible and what perspective are they coming from? Why aren’t other sacred texts like the Quran or the Hindu text, Buddhist text? Which type of Christian is going to teach what interpretation of the Bible?”

“If it is a subject matter that is offering education about an important piece of literature, it should not be prohibited,” Stephen Shields said.

“Public schools should not be focused on religious education, I think there are basics a student should be learning in public school and religion is not one of them,” Bill Carriger said.