Militia group leader arrested after detaining migrants at the border 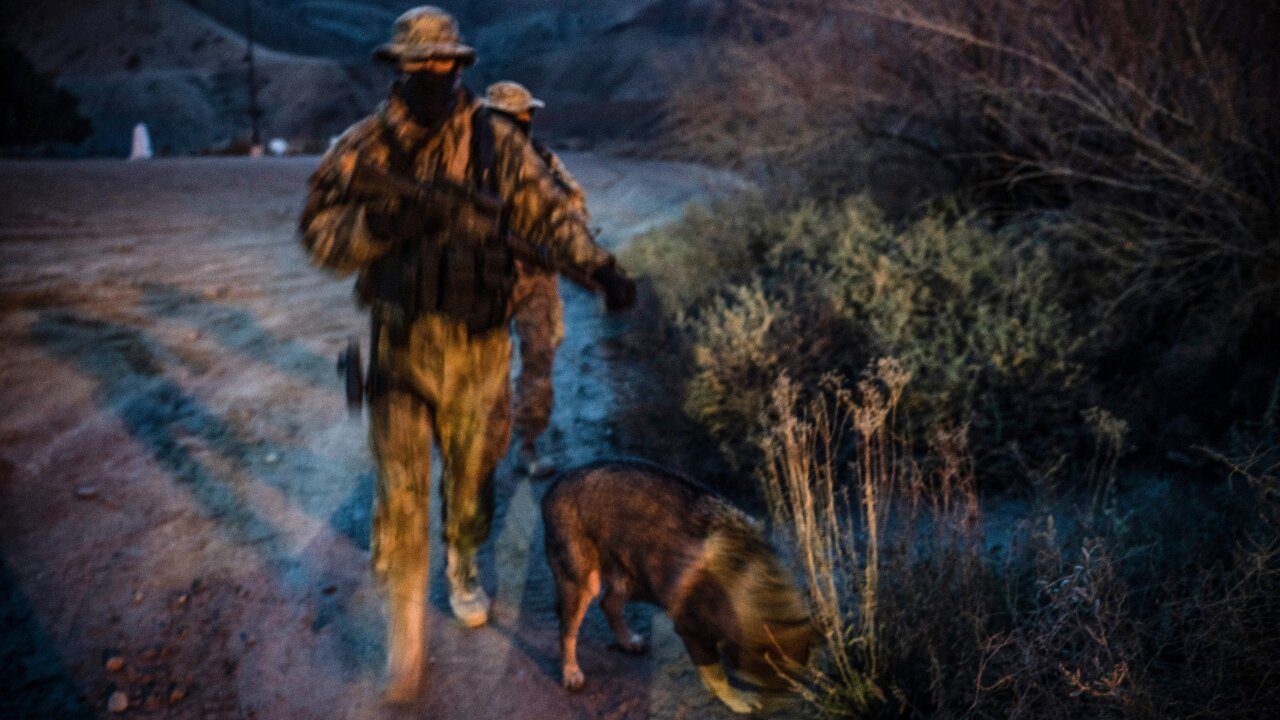 They'd been keeping watch near the border for weeks, drawing little notice as they shared live videos from their desert outpost.

State authorities in New Mexico have condemned the group. The American Civil Liberties Union accuses the militia of kidnapping migrants. And now a leader of the group is facing charges of illegal weapons and ammunition possession brought by the FBI.

Members of the United Constitutional Patriots haven't responded to CNN's requests for comment. But here's what we know so far about the group, based on what authorities are saying, social media posts and local media reports:

The group has a growing Facebook following, but a small number of members camping near the border

Those October 2017 reports, the affidavit says, led authorities to search Hopkins' home the next month.

"Information also was conveyed that the group had its 'base' at Hopkins's residence, was supported by approximately 20 members, and was armed with AK-47 rifles and other firearms," the affidavit says.

In more recent descriptions of the group, its ranks at the border have been smaller than the 20 members mentioned in court documents.

Two months ago, a social media post from a spokesman for the group reported there were about a dozen militia members camped out near the border. More recently, other media reports have offered a smaller figure. Earlier this month, the Agence France-Press news agency reported there were about half a dozen militia members at the United Constitutional Patriots' camp in Sunland Park, New Mexico.

The New York Times reported that Jim Benvie, a spokesman for the group, said the organization "plans to remain on the border until the extended wall proposed by President Trump is built or Congress changes immigration laws to make it harder for migrants to request asylum."

"We're just here to support the Border Patrol and show the public the reality of the border," Benvie said, according to the Times.

Videos shared on the United Constitutional Patriots New Mexico Border Ops Facebook page purport to show members of the group detaining migrants, including families with children, who have just crossed the border.

They show people often in full military fatigues, with handguns strapped to their sides, wearing gloves and black masks. Armed men order migrants to stop, force them to sit on the ground and then apparently call Border Patrol to pick them up. At least two videos posted on the group's Facebook page depict a man in fatigues verbally identifying himself as "Border Patrol" as he stops a group of migrants.

"These individuals should not attempt to exercise authority reserved for law enforcement," he said.

The ACLU accused them of kidnapping. A group spokesman said they were making 'citizen's arrests'

"We cannot allow racist and armed vigilantes to kidnap and detain people seeking asylum," the ACLU of New Mexico said in a letter to state authorities last week. "We urge you to immediately investigate this atrocious and unlawful conduct."

The New York Times reported that Benvie, the militia group's spokesman, said their actions were legal, "comparing the detention of the migrants to 'a verbal citizen's arrest.'"

New Mexico's governor said state and local authorities were looking into the matter.

"Menacing or threatening migrant families and asylum-seekers is absolutely unacceptable and must cease," Gov. Michelle Lujan Grisham said on Twitter .

Then the group's leader got arrested over the weekend

Hopkins, 69, was arrested Saturday on charges stemming from a November 2017 search FBI agents conducted at his residence.

During the search, according to an affidavit, the agents found nine firearms and ammunition. Because Hopkins had previously been convicted of several felonies, including impersonating an officer in Oregon in 2006, he was prohibited from possessing firearms or ammunition, according to the complaint.

Court documents don't explain why authorities waited to arrest Hopkins until Saturday, more than a year after they searched his residence.

He's charged with being a felon in possession of a firearm and ammunition. If he's convicted, he could face up to 10 years in prison.

His attorney could not be immediately reached for comment. Authorities have said he'll remain in custody while he awaits a preliminary hearing set for 11:30 a.m. on April 29.

As word spread about the group's activities, several websites used for crowdfunding banned United Constitutional Patriots from their platforms.

In a Facebook post over the weekend, the group said PayPal and GoFundMe "will not provide their donation services to us anymore."

GoFundMe spokeswoman Katherine Cichy said in a statement that a campaign from the group had been removed "because it violated GoFundMe terms and conditions ."

"The organization was found to have violated our user agreement and the account was canceled last week," spokesman Justin Higgs said in an email.