Mild winter could be in store for many Americans, NOAA says 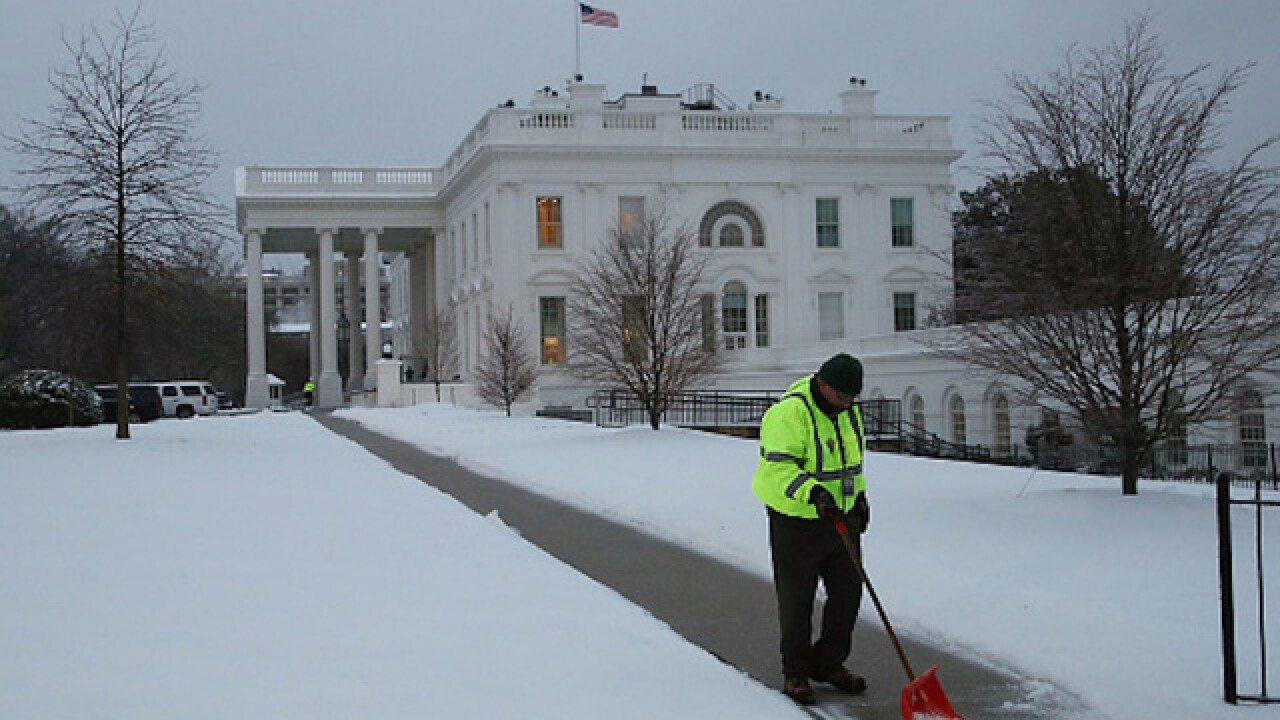 Copyright 2017 Scripps Media, Inc. All rights reserved. This material may not be published, broadcast, rewritten, or redistributed.
Mark Wilson
<p>WASHINGTON, DC - MARCH 14: A U.S. Park Service worker shovels snow off of the sidewalk at the White House, on March 14, 2017 in Washington, DC. The National Weather Service issued a winter storm warning for most of the D.C. area until 2 p.m. (Photo by Mark Wilson/Getty Images)</p>

A mild winter could be in store for much of the United States, according to the seasonal forecast released Thursday by NOAA.

States from the Pacific Northwest through the Northern Plains and into the Northeast are likely to see above-average temperatures, the National Oceanic and Atmospheric Administration's Climate Prediction Center reported.

No parts of the country are due to see a colder-than-normal winter.

Meantime, drier-than-average conditions are expected for the Great Lakes and portions of the Northern Rockies and the Northern Plains.

Those factors could mean less snow from the Mountain West to the Midwest, where lake-effect-snow season is right around the corner.

Even so, it's no time to ditch the shovels and heavy winter jackets, with NOAA warning that its forecast does not mean the winter of 2018-2019 will not feature major snowstorms.

"Even during a warmer-than-average winter, periods of cold temperatures and snowfall are still likely to occur," the agency stated in its outlook .

Snowstorms in the South

Precipitation is expected to be above normal across the southern tier of the US, extending up into the Mid-Atlantic.

With the Southeast the only region not projected to have above-normal temperatures, that could mean a few winter storms will bring snow to the Deep South, which can cause major disruption to the region .

The winter forecast only covers December through February, though winter weather can last well beyond that.

In March 2018, the Northeast got clobbered by four Nor'easters that brought extreme snowfalls, damaging winds and record water levels due to storm surge .

El Niño could be in full force

The winter forecast hinges largely on the 75% chance that an El Niño event -- characterized by warming waters in the eastern Pacific Ocean -- develops in the coming months and lasts through the season, which for meteorologists begins December 1, according to NOAA.

"We expect El Nino to be in place in late fall to early winter," said Mike Halpert, deputy director of NOAA's Climate Prediction Center, which could "influence the winter season by bringing wetter conditions across the southern United States, and warmer, drier conditions to parts of the North."

El Nino tends to generate an active subtropical jet stream that would hike precipitation across the southern half of the country, including in Southern California, where beneficial rains could swiftly morph into threatening flooding and mudslides.

NOAA's winter forecast comes as the mercury is finally beginning to dip across most of the country after a summer that lasted well into October in the eastern US, with temperatures into the 80s and even 90s.