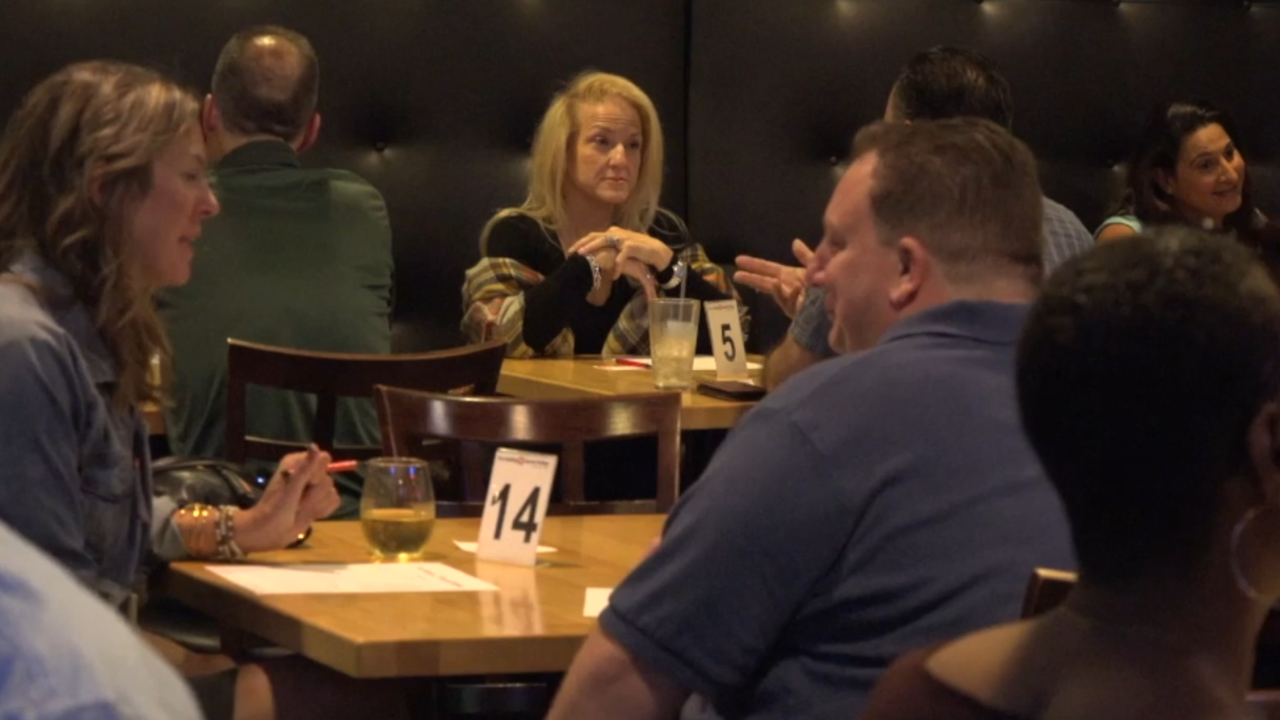 In a world of dating apps and websites, many people are still going the old-fashion route of speed dating. Some say it’s better than ever.

Clarke says people dating later in life are frustrated with the apps and the online quest to find love.

"Prior to marriage, or when they were younger, they met people face to face,” Clarke says. “This is what their comfort zone is."

"It's really about always putting your best foot forward all the time. I just want to be myself," she says.

So, Lopes is participating in this speed dating event that’s for midlife singles only. And this place is packed!

Lori Chapman, a divorced mother, is also here, looking for her match. Chapman says online dating scares her and speed dating is more her speed.

“I'm old school, and face-to-face is the best," she says.

Chapman says the men at speed dates are more genuine than the ones online.

"The guys are more on a mission that they are here for a reason,” she says.

If you’re a midlife single, both Chapman and Lopes say try speed dating, but do it with an open mind.

Organizer Clarke says you’ll never know who you might meet.

"Most people come to one to two, sometimes three events, just to test the waters see if they meet anybody,” Clarke says. “But I can tell you this, I just had my 68th marriage in the last eight years."