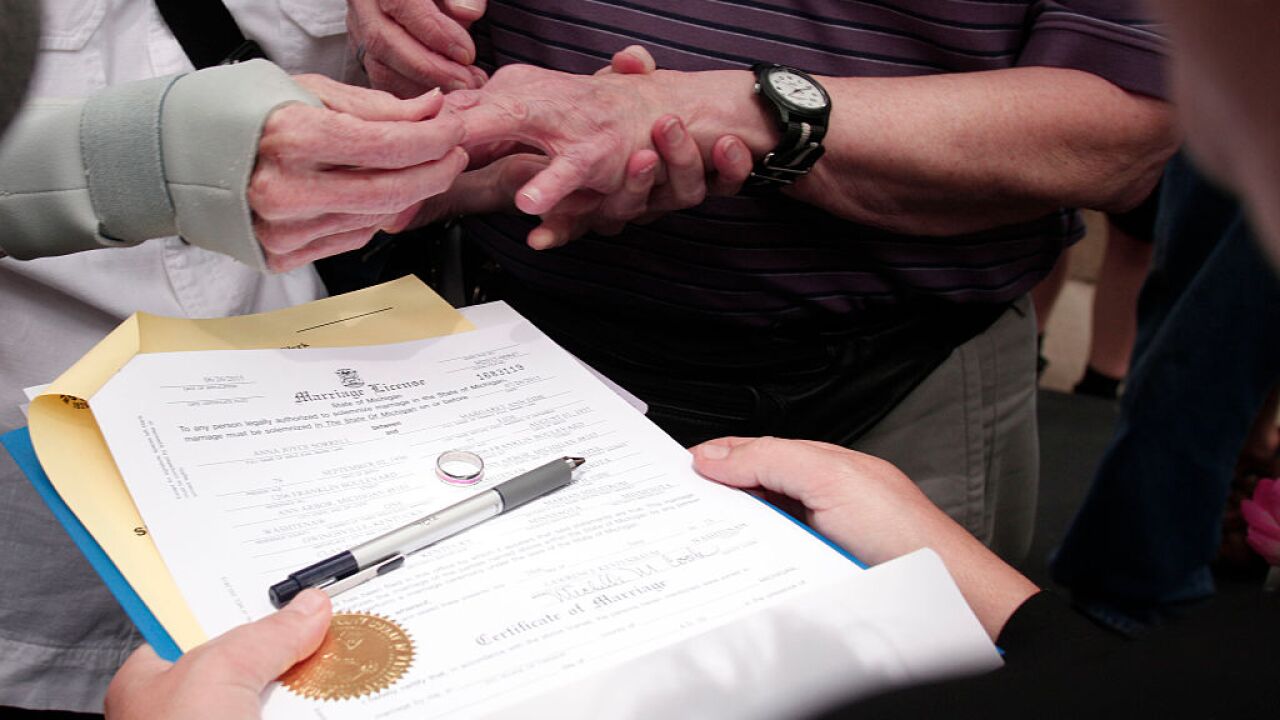 Michigan settled a lawsuit that challenged the state's practice of contracting with foster care and adoption agencies that refused to provide services that conflicted with their religious beliefs.

As part of the settlement, the state agreed to end contracts with agencies that discriminate against same-sex couples or LGBTQ individuals that "may otherwise be qualified foster care or adoptive parents" for children in state custody.

However, under the terms of the agreement, the state cannot take adverse action against agencies engaged in private actions -- such as private-adoption or direct-placement services -- that are not performed on the state's behalf.

The settlement is the latest inflection point in a nationwide debate over religious freedom in the child welfare system. Earlier this year, the Trump administration granted a waiver that lets federally funded child welfare agencies in South Carolina refuse to perform services that conflict with their beliefs.

Before the settlement, Michigan was one of nine states that let state-contracted child welfare agencies act in accordance with their religious beliefs, even if those beliefs meant refusing to work with same-sex couples.

Opponents of the religious exemptions call them state-sponsored discrimination that threaten anyone who does not meet an agency's "religious litmus test" and harm children by depriving them of prospective families.

"We are thrilled that the state of Michigan has committed to ensuring that all of the agencies it hires to find families for children in state custody comply with its non-discrimination requirements so that children do not lose out on families to care for them," said Leslie Cooper, deputy director of the ACLU LGBT & HIV Project, who represented the plaintiffs in the lawsuit.

"Our children need every family that is willing and able to provide them with a loving home. When agencies choose to accept taxpayer dollars to provide public child welfare services, they must put the needs of the children first."

Supporters of the policies say they are necessary to allow faith-based groups to provide services.

"The Michigan Attorney General and the ACLU are trying to stop the state from working with faith-based adoption agencies. The result of that will be tragic," said Lori Windham, senior counsel at Becket, a law firm that represented a family that joined the lawsuit as a separate party from the state.

"This harms children and families waiting for forever homes and limits access for couples who chose to partner with those agencies."

Kristy and Dana Dumont's lawsuit against the state Department of Health and Human Services and Children's Services Agency alleged that two taxpayer-funded, state-contracted agencies refused to work with them because of their sexual orientation.

The Dumonts said they wanted to become certified foster parents through the agencies with the long-term goal of adopting children in state care.

Former Michigan Attorney General Bill Schuette's office said under state law at the time, the agencies could not take adverse action against a faith-based organization for acting in accordance with its religious beliefs.

In a motion to dismiss the lawsuit, his office argued that "If faith-based agencies are not allowed to operate according to their religious principles, they will shut down, which can have the effect of reducing the number of available families."

But new state attorney general Dana Nessel, who took office this year, viewed the case in a different light.

The settlement amends Michigan law to ensure that the state enforces non-discriminatory provisions in its foster care and adoption agency contracts.

"Discrimination in the provision of foster care case management and adoption services is illegal, no matter the rationale," Nessel said in a statement.

"Limiting the opportunity for a child to be adopted or fostered by a loving home not only goes against the state's goal of finding a home for every child, it is a direct violation of the contract every child placing agency enters into with the state."

The Dumonts also cheered the settlement.

"We are so happy that for same-sex couples in Michigan who are interested in fostering or adopting, opening their hearts and homes to a child no longer comes with the risk of being subjected to the discrimination we experienced. We are hopeful that this will mean more families for children, especially those who have been waiting years for a family to adopt them. And we can't wait to welcome one of those children into our family."