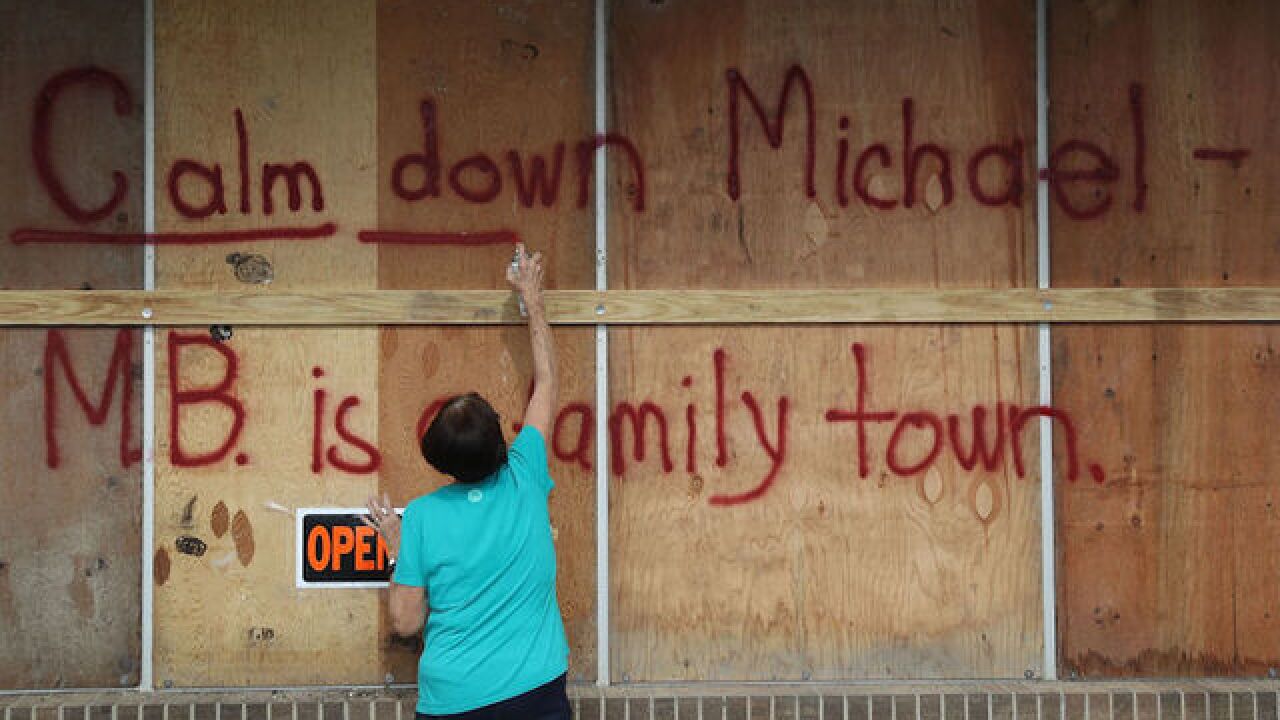 Image copyright 2018 Getty Images. All rights reserved. This material may not be published, broadcast, rewritten, or redistributed.
Joe Raedle
<p>Carol Cathey spray paints the words 'Calm down Michael' on the plywood over her daughter's business in preparation for the arrival of Hurricane Michael on October 9, 2018 in Mexico Beach, Florida.</p>

Hurricane Michael is bearing down on the Florida Panhandle with frightening fury.

The Category 4 storm is packing winds of 130 mph and may grow even fiercer before it makes landfall Wednesday, likely near Panama City Beach.

In terms of wind intensity, that would make it stronger than Hurricane Florence, which had winds of 90 mph when it blew ashore in North Carolina last month.

Here are some other facts that show the power of this "monstrous storm."