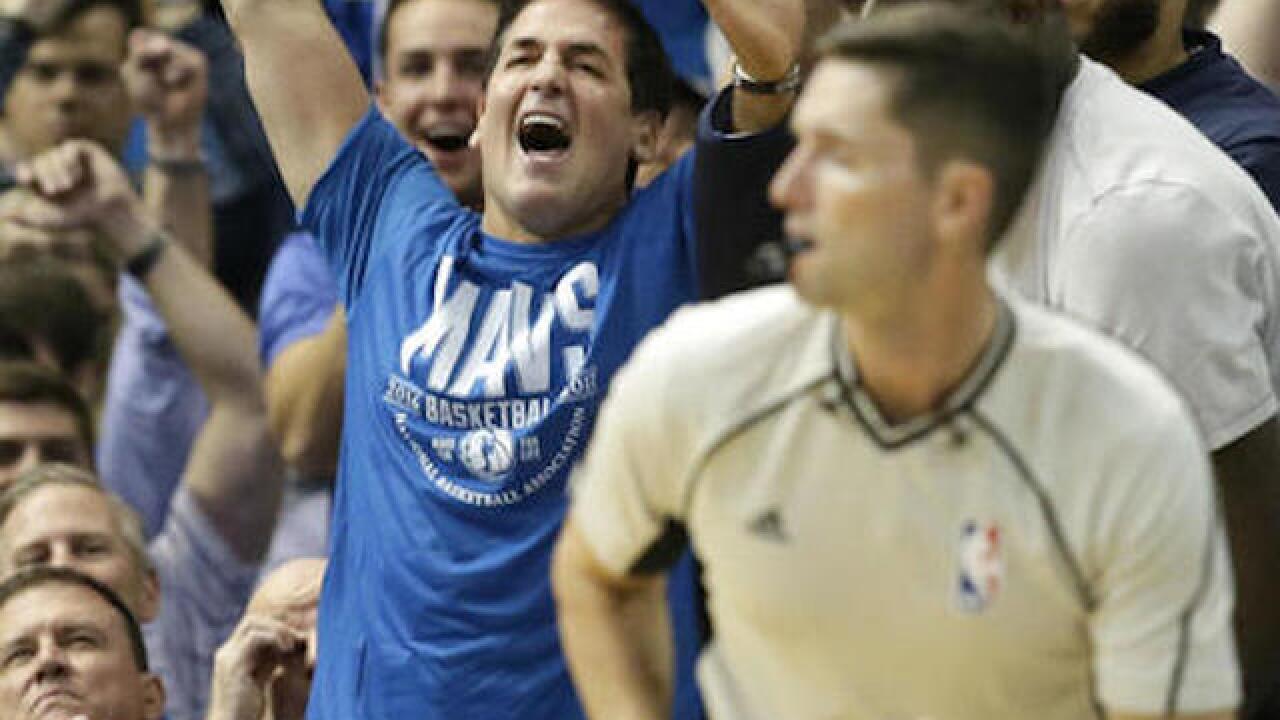 DALLAS (AP) — Dallas Mavericks owner Mark Cuban has revoked the credentials for two ESPN reporters who cover the team but isn't saying why.

Cuban said Sunday night that Tim MacMahon and Marc Stein weren't banned from the American Airlines Center, but wouldn't be allowed to cover games there. He declined to elaborate.

"It's between us and ESPN," Cuban said.

MacMahon has covered the Mavericks primarily for several years but has spent more time in other cities this season. Stein joined ESPN as a national NBA writer in 2000 after previously covering the Mavericks for The Dallas Morning News. Both reporters are based in Dallas.

ESPN spokesman Josh Krulewitz said the network is "committed to thoroughly covering the Mavs and the NBA."