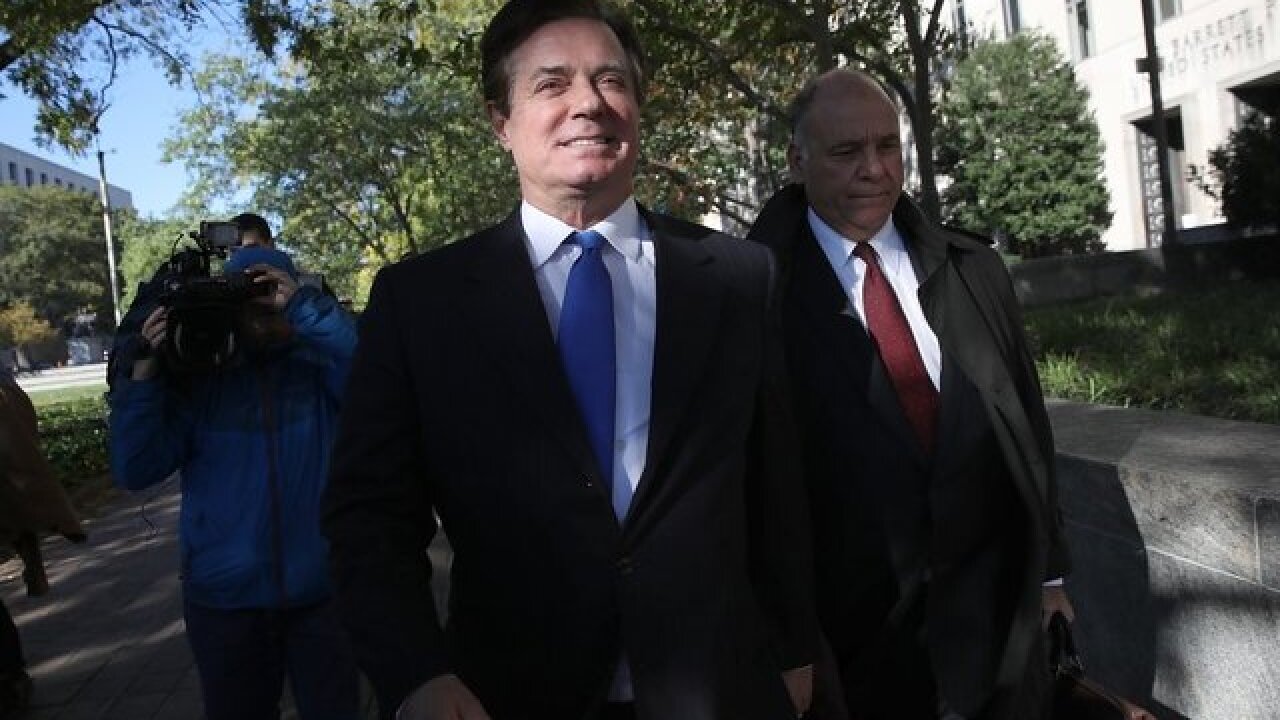 But jurors were unable to reach a verdict on 10 charges, and Judge T.S. Ellis declared a mistrial on those counts.

Manafort was found guilty of five tax fraud charges, one charge of hiding foreign bank accounts and two counts of bank fraud. He faces a maximum of 80 years in prison.

Landing in Charleston, West Virginia, Trump said that the charges Manafort was convicted of on Tuesday have "nothing to do with Russian collusion" and criticized Mueller's investigation for arriving at this point.

Manafort was charged with 18 counts of tax evasion, bank fraud and hiding foreign bank accounts in the first case Mueller brought to trial as part of the investigation into Russian interference in the 2016 US election.

Ellis spoke directly to Manafort at podium to tell him he has been found guilty of several charges. He did not smile. His attorney Kevin Downing stood behind him.

Manafort's wife Kathleen expressed no emotion and stared ahead. She had her hands clasped on her lap and made no comment upon leaving the court.

"Mr. Manafort is disappointed of not getting acquittals all the way through or a complete hung jury on all counts," Downing told reporters. However, he would like to thank Judge Ellis for granting him a fair trial, thank the jury for their very long and hard-fought deliberations. He is evaluating all of his options at this point. Thank you everyone."

Prosecutors said Manafort collected $65 million in foreign bank accounts from 2010 to 2014 and spent more than $15 million on luxury purchases in the same period, including high-end clothing, real estate, landscaping and other big-ticket items.

They also alleged that Manafort lied to banks in order to take out more than $20 million in loans after his Ukrainian political work dried up in 2015, and they accused him of hiding the foreign bank accounts from federal authorities. Manafort received loans from the Federal Savings Bank after one of its executives sought a position in the Trump campaign and administration, according to prosecutors.

Manafort, 69, has been in jail since June after his bail was revoked following new charges of witness tampering against him.

He still faces a second set of criminal charges in a Washington, DC, federal court, of failure to register his foreign lobbying and of money laundering conspiracy related to the same Ukrainian political work that was central to the Virginia case.