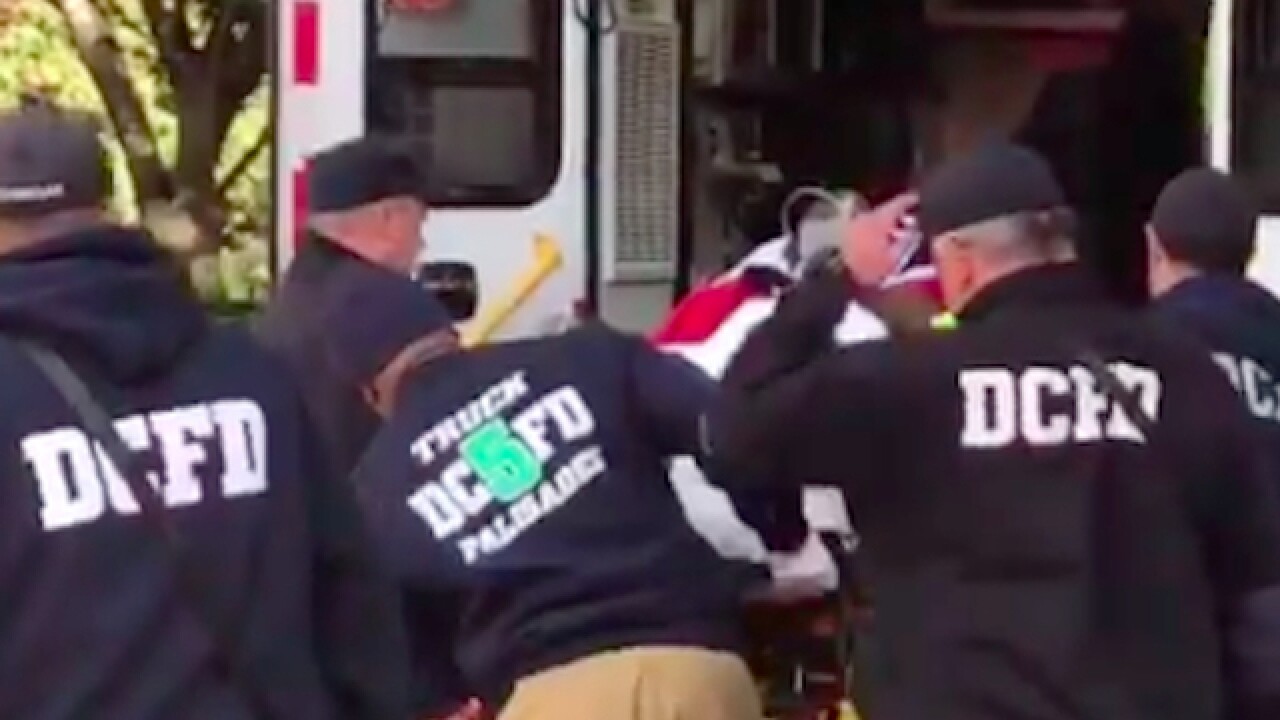 WASHINGTON, D.C. — A man was shot after attempting to break into the WTTG television station, employees there tweeted Monday afternoon.

A security guard allegedly fired the shot at the suspect,  according to a report by the station.

The intruder survived and the incident is under investigation. There is no report on why the attempted break-in occurred or how the man may be connected to the station.

WTTG-TV reported that the suspect was identified as George Odemns of Northwest D.C. He has previously sent emails to employees of the station, WTTG said.

WTTG said that Odemns was shot after forcing his way through the glass doors, which was captured on video from inside and outside of the entrance to the lobby area.