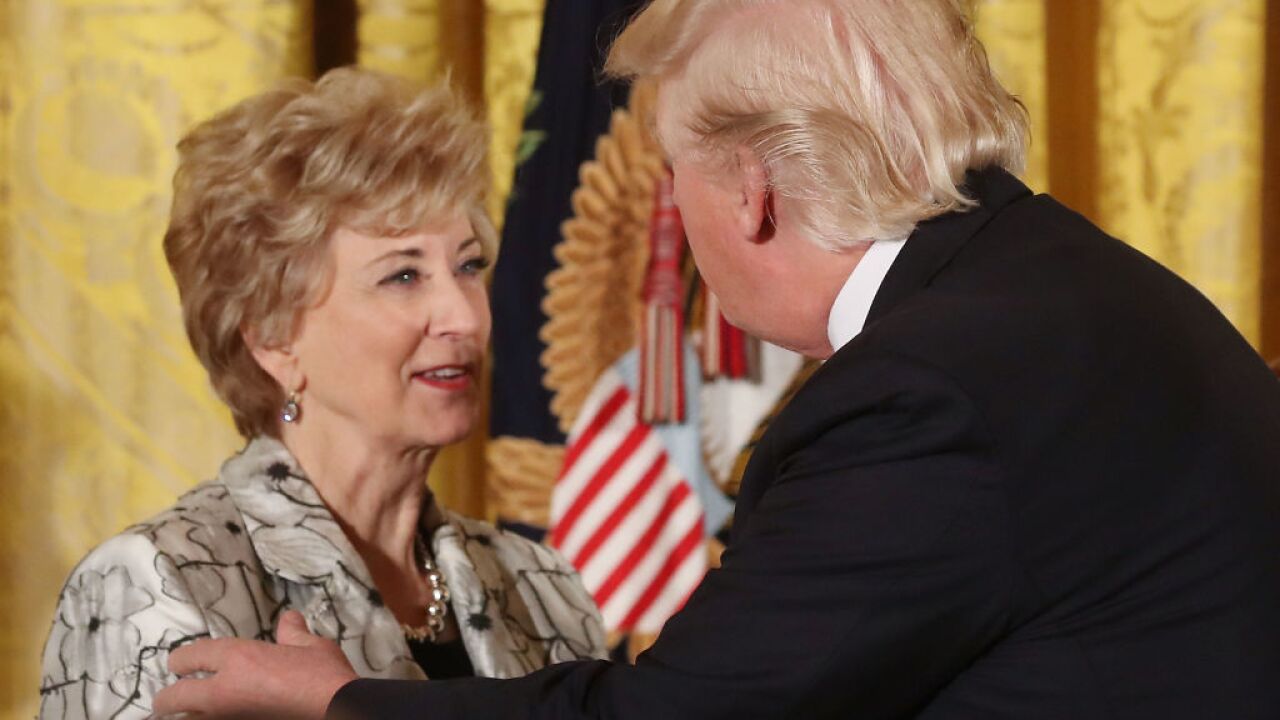 Linda McMahon , the former professional wrestling executive turned government official, is planning to leave her post as administrator of the Small Business Administration, a person familiar with her plans tells CNN.

It's not clear when McMahon will make the announcement, the person said, but it could come as early as Friday.

One of the highest-ranking women in government -- and one of the richest -- McMahon had served largely under the radar in her more than two years at the agency. Unlike some of her Cabinet counterparts, she has not drawn the ire of Democrats in Congress or of ethics experts.

Instead, she's quietly led the unassuming agency in its lending programs and disaster relief efforts, working to increase loans to women-run businesses and traveling with the President when he visited hurricane-struck areas.

A longtime friend of the President's, McMahon and Trump first encountered each other in the 1980s, when the President was developing casinos in Atlantic City and McMahon was launching what would become World Wrestling Entertainment, a $1 billion enterprise she ran with her husband Vince.

Trump made a string of appearances on WWE programs over the course of his career as a business executive, perhaps never more memorably than when he body-slammed Vince McMahon before shaving his head.

The couple were major donors to Trump, but Linda McMahon did not arrive at her Cabinet position without some political experience. She ran unsuccessfully for US Senate in Connecticut twice.

Over the course of Trump's campaign, McMahon at moments distanced herself from his more inflammatory language, including what she said were "deplorable" words about women.

But she returned to the fold after he won, and accepted the position at the Small Business Administration.

The agency isn't well known, which probably helped McMahon keep a low profile in an administration where outshining the President can be treacherous and ethics scandals have been rampant.

She has instead worked to boost the agency's loans to women-run businesses, and acted as a proponent for the Republican tax cut package as it moved its way through Capitol Hill last year.