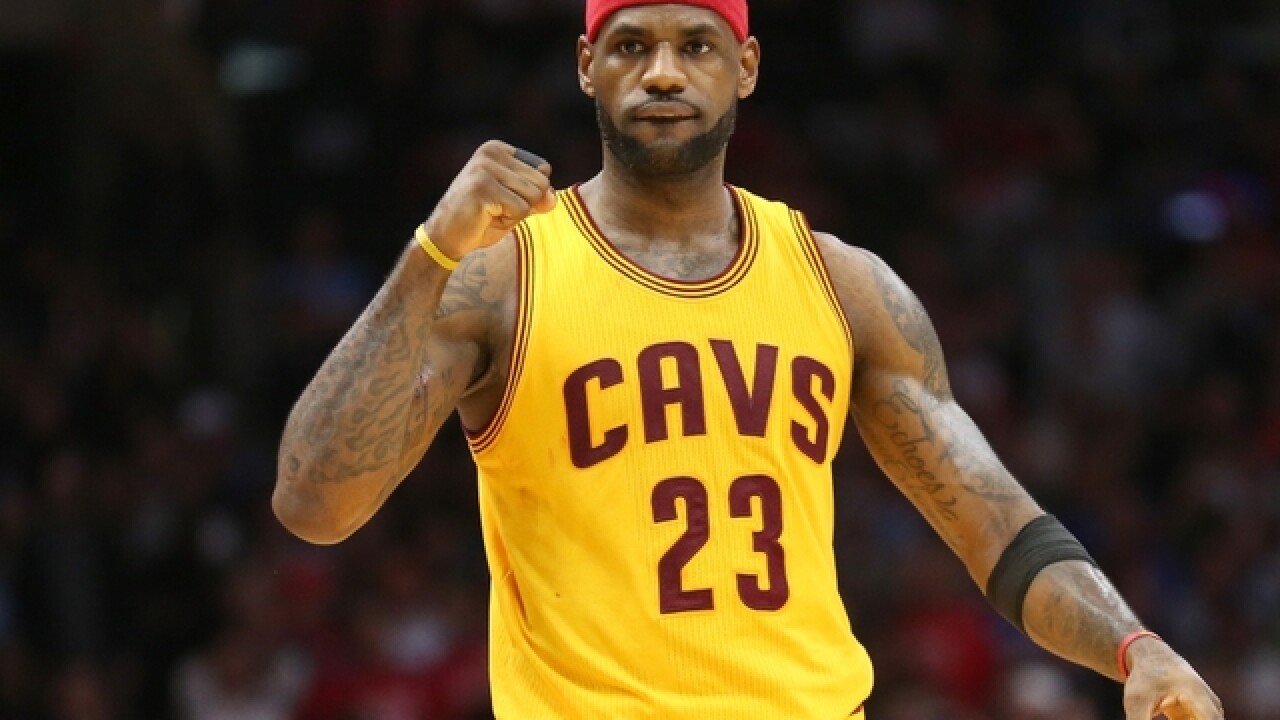 For leading the Cavaliers to an NBA title and ending the city's 52-year title drought, James was chosen Sports Illustrated's Sportsperson of the Year on Thursday, joining Tiger Woods as the award's only two-time winners since its inception in 1954.

"I'm honored," James said following shootaround before the Cavs hosted the Los Angeles Clippers. "I'm more happy for my family, my kids, for my wife, my mom, and for my foundation, for the kids that I represent and the kids that use me as a role model and an inspiration."

Appearing in his sixth straight NBA Finals in June, James rallied the Cavs from a 3-1 deficit to defeat the favored Golden State Warriors, who won 73 games during the regular season but couldn't put Cleveland away. James scored 41 points in Games 5 and 6 and made a key block in the final minutes of an epic Game 7, making the Cavs the first Cleveland major sports franchise to win a title since the Browns in 1964.

James was selected finals MVP for the third time in his career.

The 31-year-old James returned to Cleveland as a free agent in 2014 and pledged to bring a title to his home state. He did it in his second season, an achievement that ranks as the greatest accomplishment of his career.

James had spurned Cleveland in 2010, leaving for Miami, where he and close friend Dwyane Wade led the Heat to two titles and four consecutive finals.

"It's hard to remember a year with such a crowded field of Sportsperson candidates," said Chris Stone, SI's editor in chief. "But in the end, LeBron James was the clear choice."