Laila Ali: My father is 'not suffering anymore' 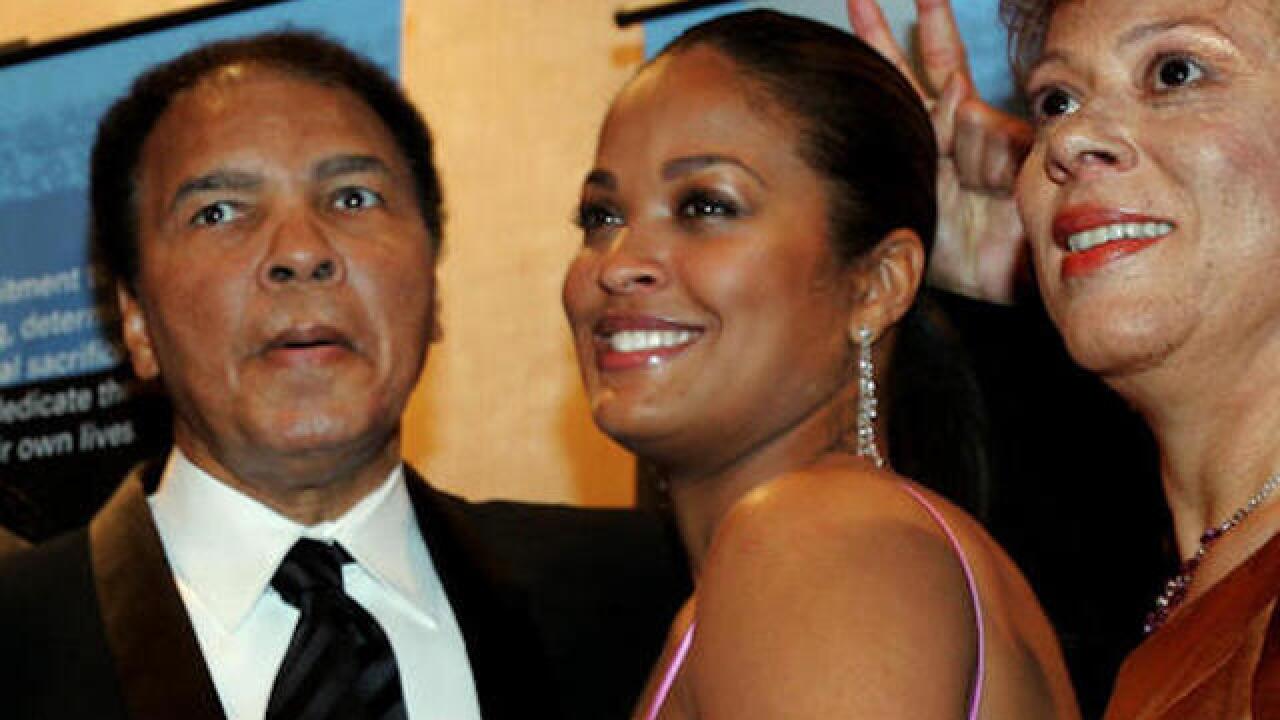 Copyright Associated Press
John Amis
<p>In this Feb. 26, 2005, file photo, former heavyweight boxing champion Muhammad Ali, left, jokingly holds up two fingers behind the head of his daughter, Laila Ali, as they and his wife, Lonnie Ali, pose for cameras during a news conference before a tribute to him coinciding with Black History Month in Atlanta. Laila Ali told NBC's "Today" show on Monday, June 6, 2016 that her father is not suffering anymore. Muhammad Ali died Friday at 74 following a long battle with Parkinson's disease. (AP Photo/John Amis)</p>

The daughter of Muhammad Ali, who died Friday in Arizona at age 74 following a long battle with Parkinson's disease, tells NBC's "Today" show Monday that her father is "not suffering anymore." When asked whether he had grown weary of fighting the condition, Ali said death was one of the things her father feared and "he definitely wouldn't want to just move on."

Ali says she'll remember him as "a loving father," who "always puts children first." She says she just told her own children about their grandfather's death Monday morning.

Ali, a former boxing champion herself, says she shares her father's trademark confidence.