LaCroix: Once a favorite among young people, sales for the carbonated water are plummeting 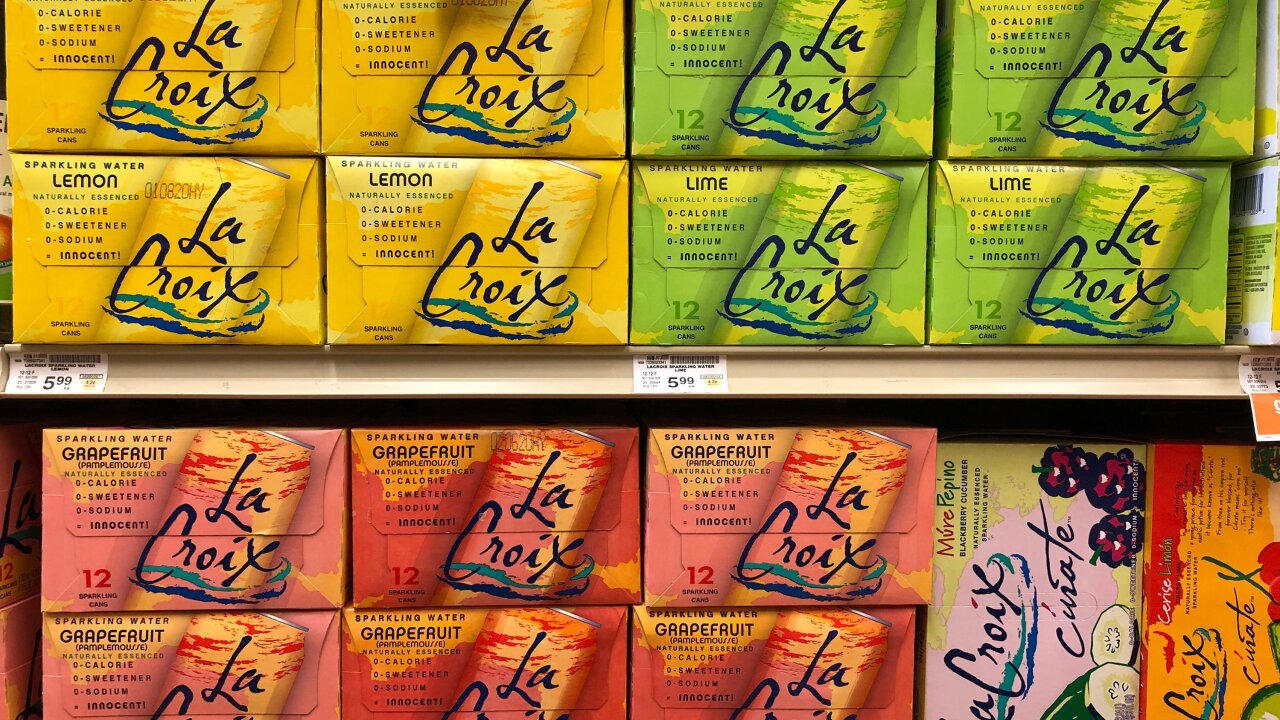 LaCroix was once the "it" brand in one of the fastest-growing parts of the beverage market. But bigger, deeper-pocketed companies have caught up, and LaCroix's popularity is fizzling.

Sales for the flavored carbonated water are "effectively in free fall," wrote Laurent Grandet, a beverage analyst for Guggenheim, in a new note. Sales have fallen more than 15% in May after tumbling nearly 7% in April, 5% in March and 6% in February, according to Guggenheim.

"The LaCroix brand has gone from bad, to worse, to disastrous in a relatively short period of time," Grandet said, citing increased competition for similar-type beverages and the "lack of meaningful or disruptive innovation" from the drink's owner, National Beverage.

National Beverage's stock price has fallen 10% this week and 62% since September 2018.

American consumers increasingly seek out drinks that have functional elements, like nutritional value or a jolt of caffeine, according to research company Mintel. They also want healthy, low-sugar or sugar-free offerings. Sparkling water ticks a lot of those boxes.

Retail sales of seltzer in the United States more than doubled from 2013 to 2018, Mintel estimated.

LaCroix, with its retro label and unique flavors, became an unlikely leader in the seltzer market. The brand has been around for nearly three decades, owned by a relatively small company. But sales took off this decade, and LaCroix became one of the symbols of the Millennial generation.

It didn't take long for the big beverage makers to take notice. Competition in the sparking water market has grown fierce over the past couple years.

Because of LaCroix's new rivals, Grandet said customers have "since discovered that other brands offer acceptable substitutes" and that "LaCroix doesn't have much that distinguishes it from the competition in terms of intellectual property or added value."

In his note, Grandet also blamed inexperienced management from its parent company, National Beverage. He said it's "unlikely that LaCroix can recover to any meaningful degree while in the hands of National Beverage."

National Beverage reported a drop in sales and profit in its latest quarter. That triggered an unusual response from the company's mercurial chairman and CEO, Nick Caporella.

"We are truly sorry for these results stated above," he said in a letter to shareholders. "Negligence nor mismanagement nor woeful acts of God were not the reasons — much of this was the result of injustice!"

He made an unusual comparison between LaCroix and people who are physically disabled, adding that managing a brand is similar to "caring for someone who becomes handicapped."

The company also hasn't fully recovered from a class action lawsuit filed in October 2018 about the ingredients in LaCroix, which Grandet said was catalyst for LaCroix's sales decline.

In the lawsuit, a customer named Lenora Rice said she started to drink LaCroix in 2016 because she thought it had all natural ingredients. But Rice now alleges that LaCroix has several synthetic compounds in it, including a chemical used to kill cockroaches, and she claims the company is misleading customers by claiming that LaCroix is 100% natural.

National Beverage has issued numerous statements refuting the allegations since the lawsuit was filed.